Anyone and everyone who loves creepy, spooky things are usually a big fan of Halloween. And for them, it is often amongst the most awaited days of the year. But why wait till the 31st of October, when your iOS device can give that feel to you right now. Thanks to a bunch of apps, a mix of scary & cute wallpapers, and these best Halloween games for iPhone and iPad, you can enjoy & celebrate All Hallows’ Eve before it arrives and even after it’s over.

Halloween and Zombie games go hand in hand. And this award-winning game brings action, adventure, horticultural hotshots, and legions of hilarious zombies into the mix. Your ultimate aim is to save your brain from being eaten!

For that, you will need to build an army of amazing plants. That’s right, seed & fuel over a hundred powerful lawn legends. And battle the zombies across 11 crazy worlds, from Ancient Egypt to the future and beyond.

You adorn the skin on Jason Voorhees, aka the pioneer of psycho killing. And this time around, he has terrorized everyone from Crystal Lake’s campers to city dwellers in Manhattan.

The gameplay features 8 ghoulish episodes with over 100 creepy puzzle levels. As you proceed, scaring or killing innocent victims becomes more difficult. However, you can level up your character and unlock more weapons accordingly. 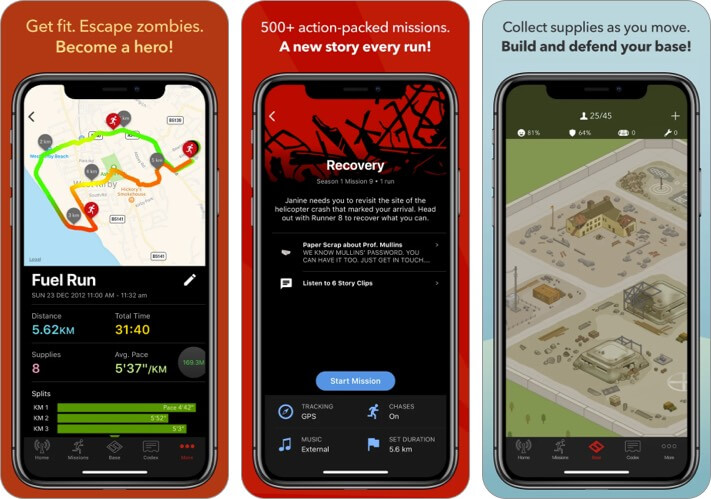 Maintaining fitness is not easy, but it can surely be made more fun and interesting. And yes, it leans more towards a workout app but considering all those Halloween candies and feast consumed, it is a worthy entrant to this list.

The ultra-immersive running game creates an apocalyptic atmosphere with sounds and narration. As you run in real life, the heart-pumping audio drama pushes you to run that extra mile and complete your goal.

Bored of simulation games, where all is sugar and spice? Well, it’s time to raise some ‘goosebumps’ with the scariest of monsters from the hit horror series. You can be the puppeteer of sinister creatures and order them to terrify townsfolk.

Or you could be the hero who takes the responsibility of fighting the monsters on his shoulders. Depending upon your role as a human or monster, you’ll have to strategize a game-plan for the win.

Welcome to Joey Drew Studios, a place where the classic loveable cartoon Bendy was inked. After the show was shut down, an incorporeal bendy has turned evil and is now trying to kill his lead animator Henry.

While the setup is quite scary and dark, the gameplay is varied and intriguing. There’s first-person combat, puzzles, horror, stealth, and numerous hidden secrets to explore and champion. 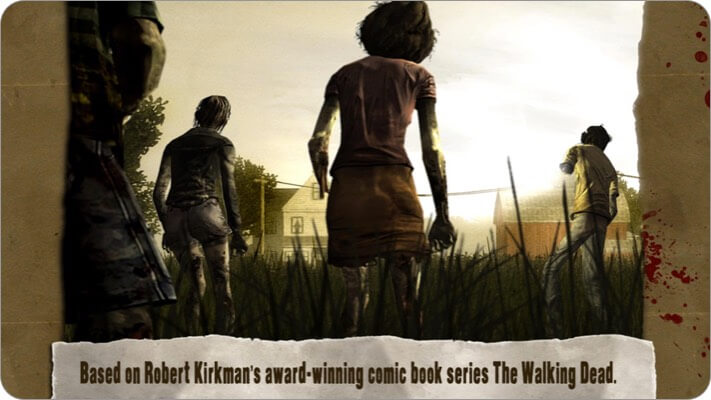 A five-part episodic game series set in the same universe as the Walking Dead novels & television shows. You are Lee Everett, a man with a second chance at life and a passion for saving the world from the undead.

At all costs, you shall protect an orphaned girl named Clementine. But with corpses returning to life and survivors fighting for survival, that’s surely not an easy task. And even though the game hasn’t been updated in a while, it is still worth a play.

An infamous roguelike narrative card game that doesn’t even feature a tutorial. Oh, yes, it’s not just about mastering the gameplay; a part of the challenge includes figuring out how to play.

Build around a 1920s-themed setting with hidden gods and secret histories, you have to become a scholar of the unseen arts. Craft tools, summon spirits, indoctrinate innocents, and snatch the new age herald’s title. 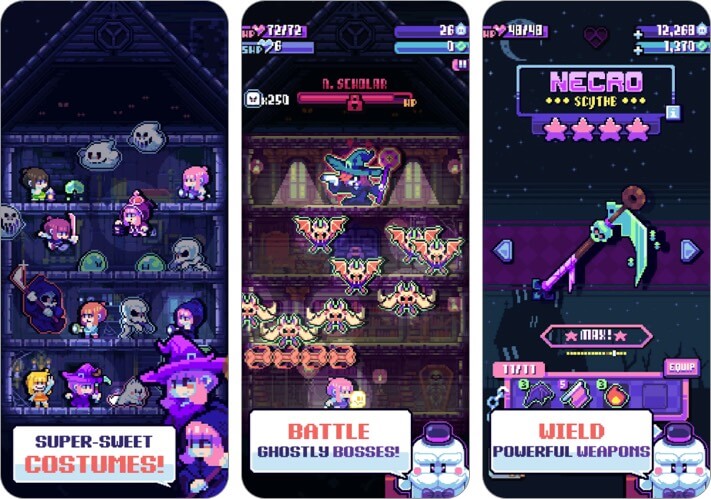 The Phantom King forever haunts the twisted mansion. However, you will have to eradicate hordes of adorable ghosts before you can reach the end goal. No worries, a team of ghostly pups and other spectral creatures are here to aid you.

Visit all the six different mansion regions and kick out the dangerous ghosts and ghouls infesting the areas. At the end of each stage, a might boss is awaiting you, so use your powers and strength accordingly. 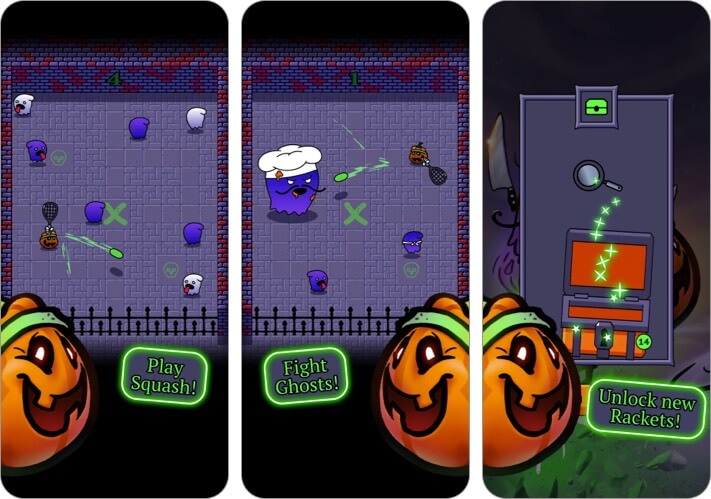 There is a lot of innuendo in this game. You have to fight the ghosts by playing squash as a squash! Stuck in a spooky castle build on an old chef graveyard, you will have to beat the evil chef ghost and his minions to escape.

While a quite simplistic storyline, the gameplay is quite fast-paced. Furthermore, it packs quirky surprises at various stages to keep things interesting and peepy. 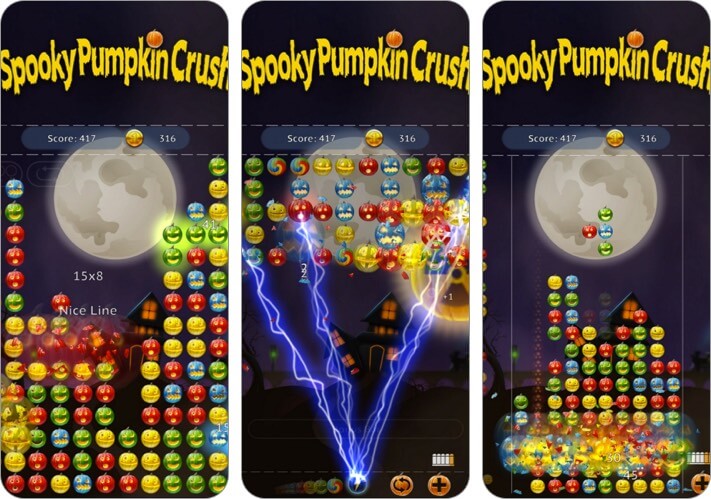 To maintain players’ interest and the difficulty levels, it also avails five animation speed settings – slow motion, normal, fast, turbo, and animations Off.  So, what are you waiting for? Let’s explore some pumpkins?

When it comes to Halloween, age is no bar. Whether you are 6 or 60, everyone can have tons of fun. And thus, we have tried to incorporate games that suit every age and taste. Hopefully, you found just the right match or matches!

Do let us know your favorite Halloween iOS game in the comment section below. Let’s spread the love of fun, creepy and spooky games this season.