Is Twitter not working or loading on your iPhone? Well, if this is the case, you have come to the right place to fix this issue. But before you do that, you should know that there are various reasons why Twitter stops loading. It may refuse to show tweets because the servers are under maintenance, or there is a problem with your internet connection, or you have been logged out of the app, or the Twitter app is stuck and thus refusing to load new data, etc.

So, whatever be the reasons for Twitter not working on your device, we have a list of fixes that will solve the problem you are facing. Happy tweeting…

Sometimes when an app does not work, does not load data or hangs, it is okay to force kill it. To force kill the Twitter app on your iPhone:

Step #2. Now take your finger over the Twitter app card and flick (drag) it up to kill the app.

Make sure your Wi-Fi or Mobile Data is turned on and is working correctly. To be sure, open Safari and go to any website like Google or Wikipedia and see if it loads or not.

In case you are on Mobile Data and you are able to browse other websites and apps but not Twitter:

Step #1. Launch the Settings app and tap on Mobile Data/Cellular.

Step #2. Scroll down and see that the toggle next to Twitter is ON (that is, it shows green).

You may also turn Wi-Fi OFF and then back ON. If your phone has issues related to network settings, see #9 mentioned below.

Restarting your iPhone is an easy way to fix many small issues. It is recommended that you do so at least once every week. If your Twitter app is not working, restart your iPhone and relaunch the Twitter app.

App updates introduce new features as well as fix existing bugs and issues. To update the Twitter app on your iPhone:

Step #2. If there is a pending update for the Twitter app, tap on UPDATE next to it.

None of the above solutions worked for you? Well, now you could try a fresh install of the Twitter app. To uninstall it, touch and hold the Twitter app icon until you see a small cross in the top left of the icon. Now tap on the cross and tap Delete.

To install the Twitter app, launch the App Store, and tap on Search. Now type ‘Twitter‘ and download the app by tapping on the little icon that looks like an arrow coming down from a cloud.

Sometimes restarting your home Wi-Fi router helps too. To restart, you can use the button on your router or use the wall plug switch to turn it OFF and then ON.

If the problem persists, try connecting to a different Wi-Fi network and see if it helps. It has happened with me that, at times, a site like WordPress or Amazon stops to load on a particular network. After I switch network (or use a VPN on the existing network), it starts working again. You may give these solutions a go.

Apple is one of the few companies which brings regular updates and also keeps publishing new software updates for iDevices. You should make use of it. To see if your iPhone has a pending software update launch the Settings app and tap on General ⟶ Software Update. If you see an update available, tap on Download and Install.

Resetting the network settings will also erase your Wi-Fi passwords, Location settings, Bluetooth devices, VPN settings, etc. But it won’t delete any of your data. 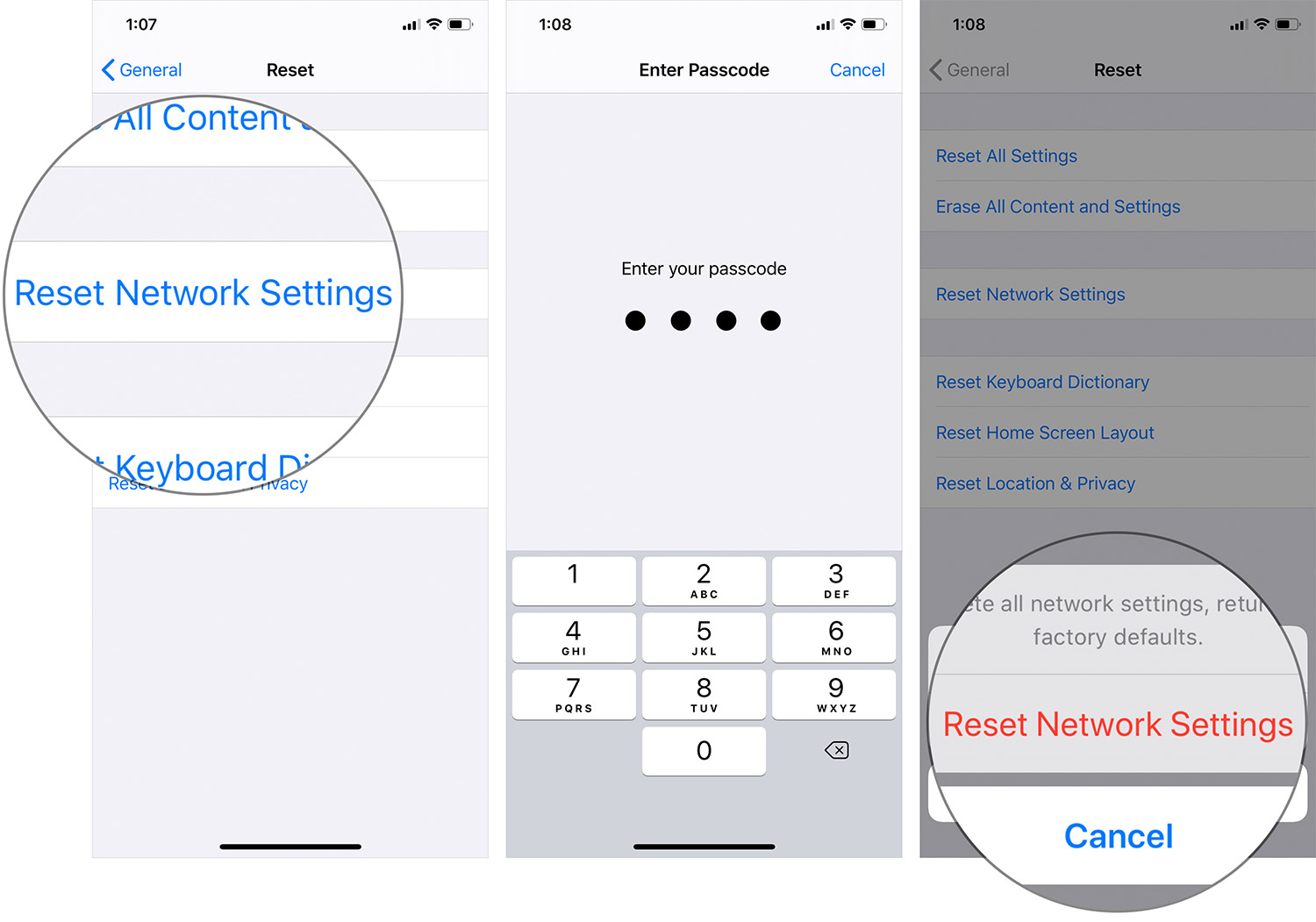 It has happened multiple times with many users that everything from their end, like the network connection, the iPhone, other settings are correct or work perfectly. However, the Twitter servers are down or under maintenance, or not responding. To check this, you may search for something like ‘Is Twitter Down‘ or ‘Twitter Server Status‘ and see if other people are also facing a similar issue.

When many people are not able to use Twitter, this might equate to the Twitter server(s) being under maintenance. Usually, it is fixed within a few minutes to a few hours. If this is the case, you will have to wait. You may try using Twitter after some time.

So these were the fixes for Twitter not loading on your iPhone or iPad. I hope one of the solutions listed above worked for you. In the comments down below, please mention which one did the job.

Author
Nikhil
Nikhil runs iGB’s official YouTube channel. He is the official lensman of iGB and GB’s small studio is Nikhil’s playground, where he does all wonders with his remarkable signature. When Nikhil is not in his studio, you may spot him in a gourmet restaurant, chomping his way through some delicious food. He is a great traveler, who can go for long drives in search of good food.