10 Tips to fix Siri not working on Apple Watch

Apple Watches are some of the best wearables out there on the market. When it comes to innovation and consistency, Apple is the undisputed leader. Their S-series of chipsets are the most powerful processors available on any smartwatch out on the market. That said, these watches also come with the service of a Siri voice assistant.

1. Check the internet connection on your Apple Watch

Siri on the Apple Watch is dependent on a cellular or Wi-Fi network to function properly. If you think that the lack of a stable internet connection is causing issues, it’s time you pay heed to what Siri’s saying.

There are several ways to check if the cellular data on Apple Watch is broken. We have covered an explainer on Apple Watch cellular not working and ways to fix it. If this doesn’t sort the issue, you must check if your iPhone has an active internet connection.

First, check if you have a stable internet connection. To do so, simply open Control Center → Tap and hold network toggle → Choose either Mobile Data or Wi-Fi. 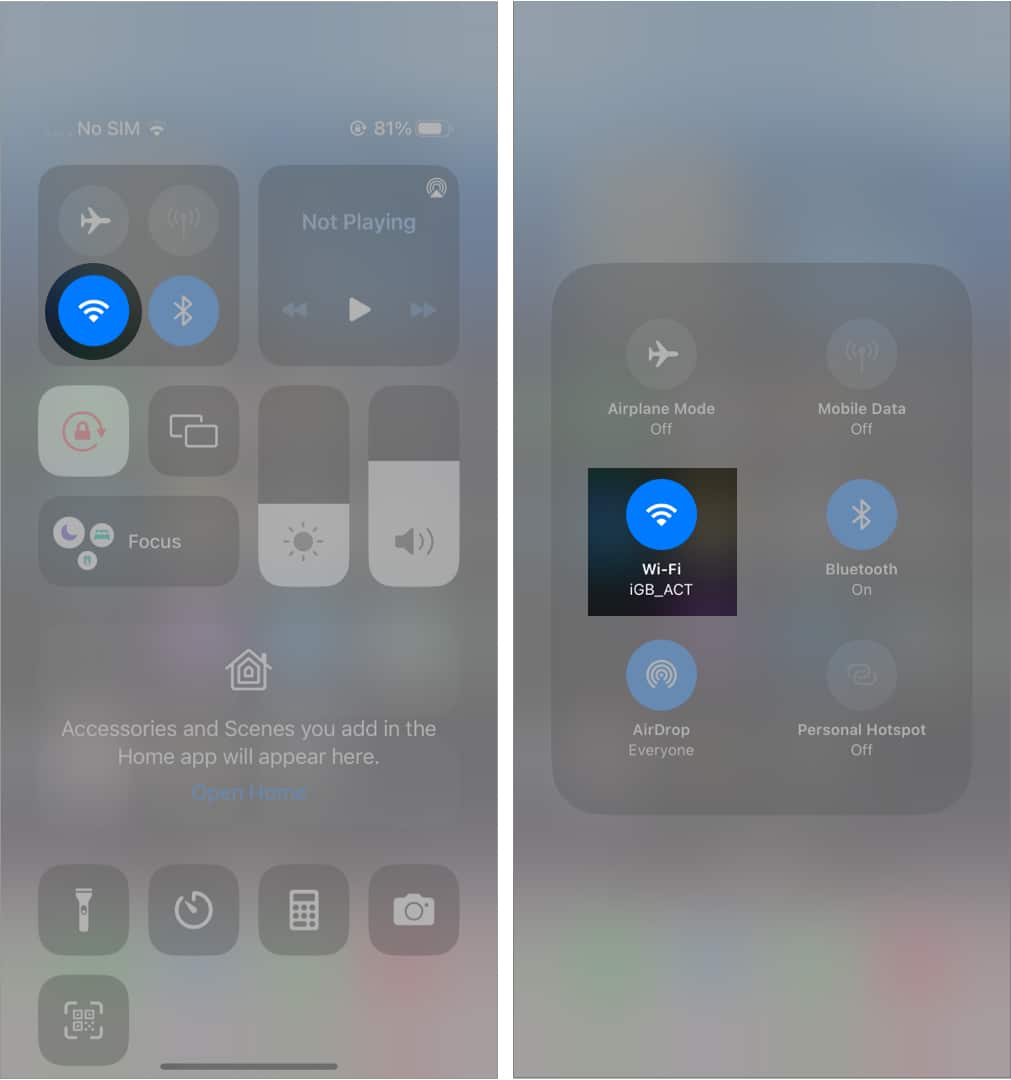 2. Turn Airplane Mode on & off

If you can not find Airplane Mode from the Control Center, then go to Settings → Scroll down to Airplane Mode → Toggle it on and then off.

In the Control Center → Tap and hold the Data toggle → Tap on Airplane Mode to turn it on or off.

If you are still having difficulties turning the Airplane Mode on or off on your iPhone, go to Settings → look for Airplane Mode → Toggle it on, and do the opposite to turn it off. 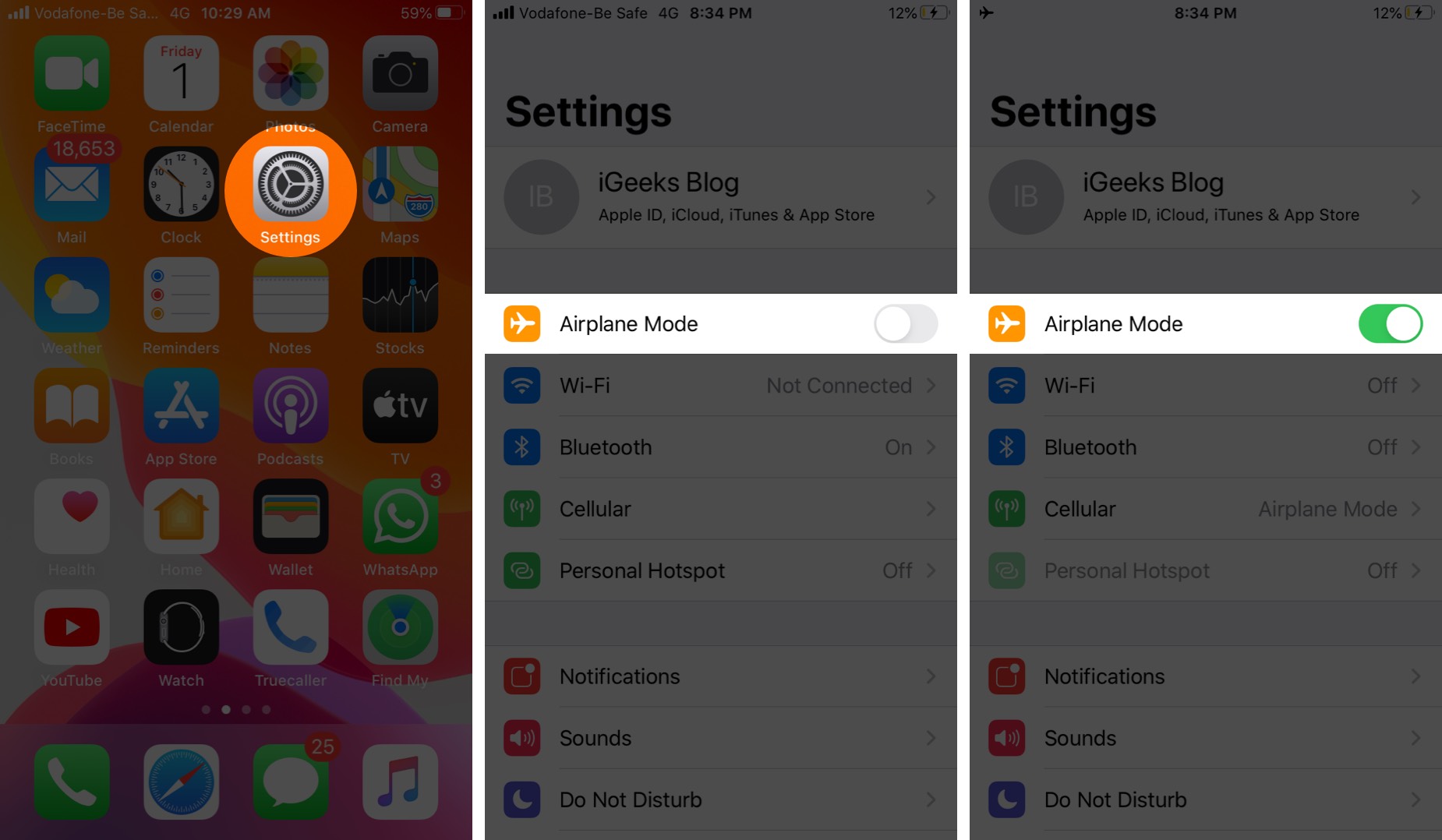 3. Check if Hey Siri is turned on

You need to check if Hey Siri is turned on or not; unless it’s turned on, you will not be able to invoke Siri on your Apple Watch. You must turn on the Hey Siri detection on both Apple Watch and iPhone devices.

If it is already turned on, then try turning it off and then on once again. It might solve your problem.
If it does not, we have other solutions for you. Keep reading to learn more fixes.

There were times when Siri’s volume was very low, and I was unaware of the response. I feel Siri’s volume control is somewhat very deep inside the Settings app. Many are having difficulty looking for it.

Just like me, if you are among those who struggle to adjust Siri’s volume control, here’s a step-by-step guide on how to raise Siri’s volume.

Tip: If it’s just a volume issue, you can also invoke Siri and try saying, “Hey Siri, Raise the volume to 100%.” Siri will do the rest.

This is probably the first solution most people try.

But if you are among the ones who have not tried restarting it, here’s our detailed guide on how you can restart your Apple Watch.

If you cannot restart your Apple Watch using the Side Button, follow these steps to power off from the Settings app:

6. Check if the speaker on Apple Watch is blocked

If you have just gotten out of a great swimming session or some activity where there’s the possibility of water getting into the speaker vent or dust making its way in, it can block the watch’s speakers. In this case, even your watch can get silenced out, but Apple has a trick up its sleeve to get this water and dust out; here’s how you can do it.

Tip: Use something pointy but not sharp (you can use your SIM ejection tool) and cover it with cotton. Then scrap out any sucked corrosion inside the speaker grill.

I have seen this problem often with people. Siri tends to respond with visuals but not voice. Your Apple Watch might not have Siri’s voice packages, and you might have to get a language package downloaded. To know where the voice packages are and download them, follow this guide further.

Note: Siri voices only get downloaded when connected to Wi-Fi or Mobile data and while your watch is charging.

8. Raise to Speak is not working?

If your Raise To Speak functionality is not working, re-enabling it might give it a jumpstart; here are the steps.

Tip: While toggling Raise to Speak on and off, do the same with other options under ASK SIRI, like Listen for Hey Siri and Press Digital Crown.

Note: Keep Automatic Updates always on to get seamless updates on the Apple Watch on time.

If not a sign of these fixes work, then this might be the last DIY you can perform to make Siri work again on your Apple Watch. You can reset your Apple Watch from your iPhone and watch both.

Your watch will now be erased and reset. You can now perform the setup process to re-pair your Apple Watch. Perform setup on your Apple Watch and check if Siri is working.

If none of these solutions work, you might need to contact Apple Support or take your device to the nearest Apple Service center and get it checked or replaced.

I hope at least one of these solutions worked for you. With Siri on board, Apple Watch is a useful device. If your Siri is not working or there’s a communication problem with Siri on the Apple Watch, try these tips once or twice. Tell me which solution worked for you in the comments! And if issues still persist, drop them in the comments, and I’ll try to respond ASAP!

Author
Keval
My profile will tell you I am a content writer, and my Zodiac will tell you I am Tauras. But the truth is I am a Techofile who dived down the bed of tech sea discovering useful How-Tos and some gorgeous wallpapers. While you are here reading this, I am probably tweeting about tech. Go check that as well.