How to Use Voice Control on iPhone

Voice Control is an accessibility tool on the iPhone and iPad that lets you use and control your device without physically touching the screen. It is effortless to turn on and simple to use, though it can take a while to keep all voice commands in mind.

In this post, we will be looking at how to turn on and use Voice Control on iPhone. But before we get into that, it is essential to know what this feature does, whom it is for, and how you can interact with your iPhone using Voice Control.

How to Turn ON and Use Voice Control in on iPhone

For Whom The Voice Control is?

Voice Control is focused on people with disabilities who can not or find it difficult to touch their iPhone or iPad screen. Voice Control empowers them to work with their speech to use almost all the features of their iDevice like Messages, Mail, Call, Notes, etc. It is a an incredible option for people having limited dexterity or mobility. It can also be an alternative to physical touch control if you have your hands full and prefer to use your device using voice.

How to Use Voice Control on iPhone in iOS 13

Before you proceed, make sure you are connected to a Wi-Fi network. 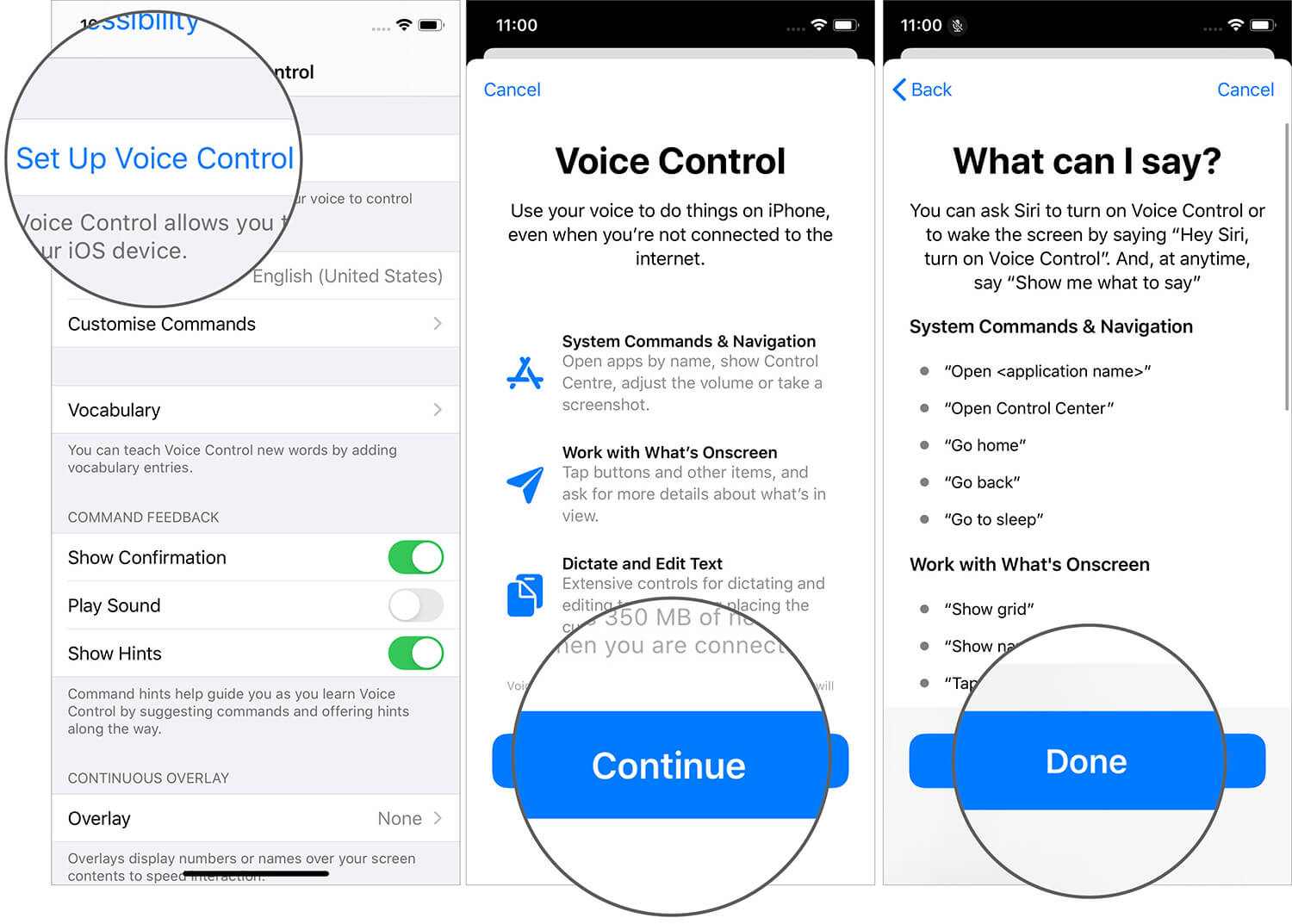 You will see the grey-black microphone icon at the top of your screen. A download will begin in the background. Wait for it to finish. Once it is completed, the microphone icon will turn blue. From now on, you can use Voice Control without internet connectivity. So this is how you can turn on Voice Control on your iPhone and iPad. 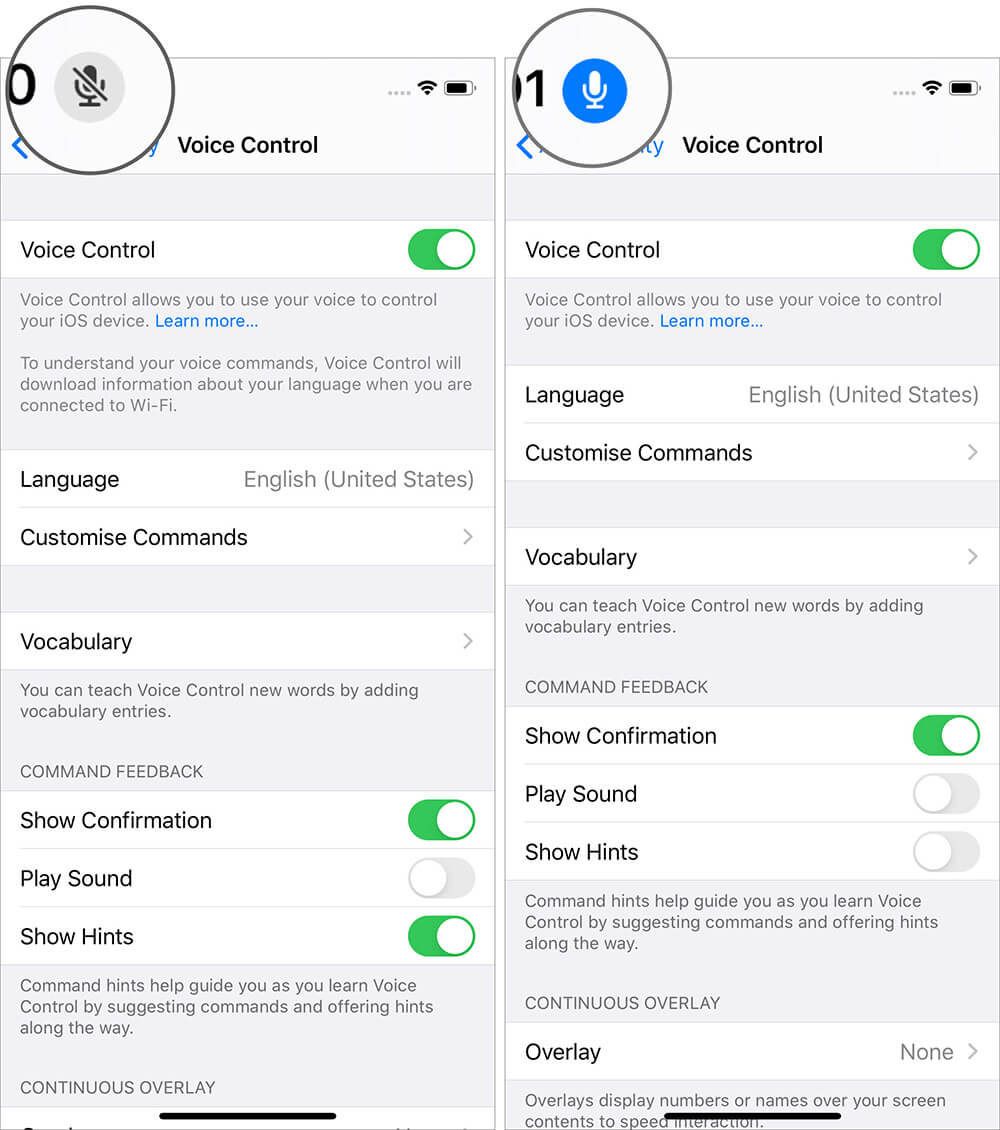 How to Change Voice Control Language in iOS 14

How to Interact With iPhone Screen Using Voice Control

When Voice Control is listening, you can say words and phrases for system commands and navigation like:

You can also work with what is onscreen by saying: 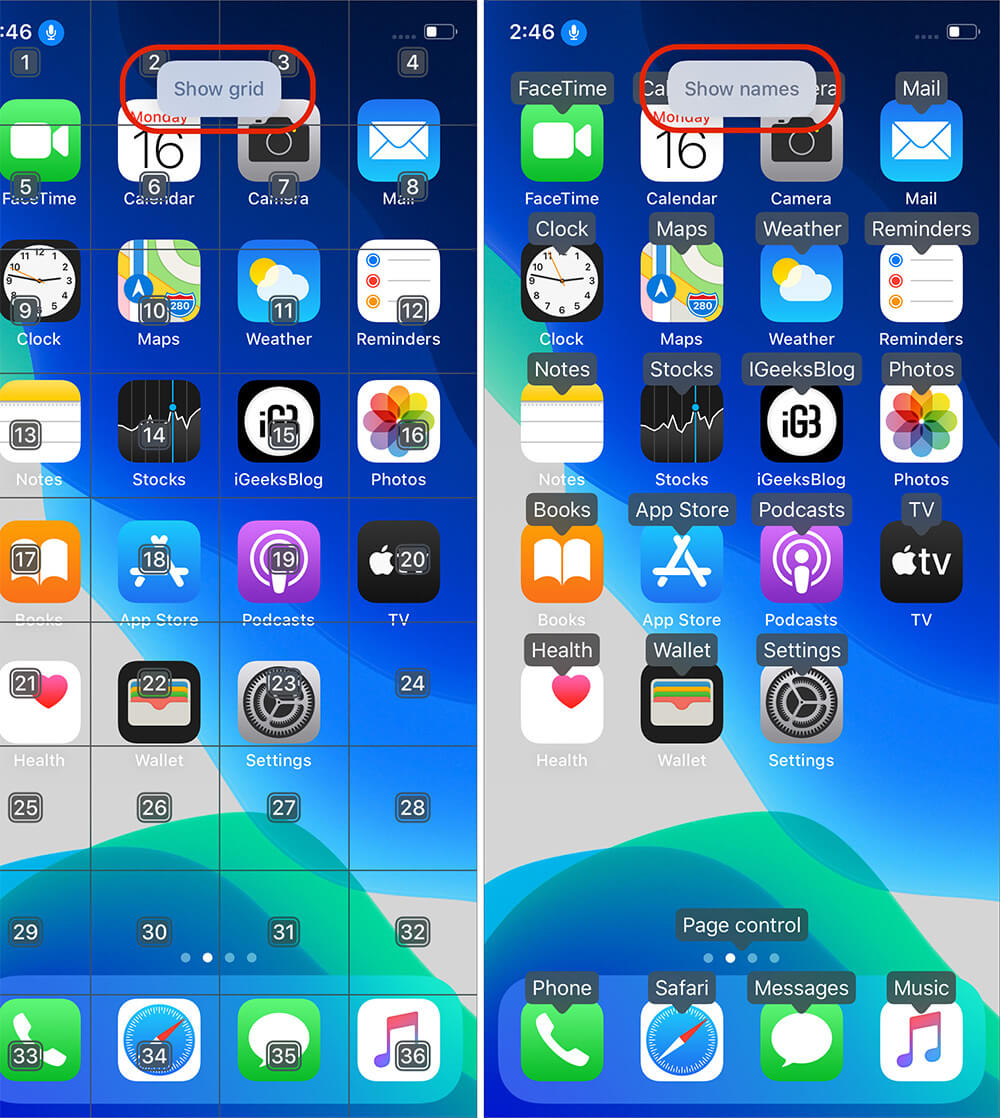 There are over a hundred commands that you can say to use your device by voice. Here are a few more useful ones: 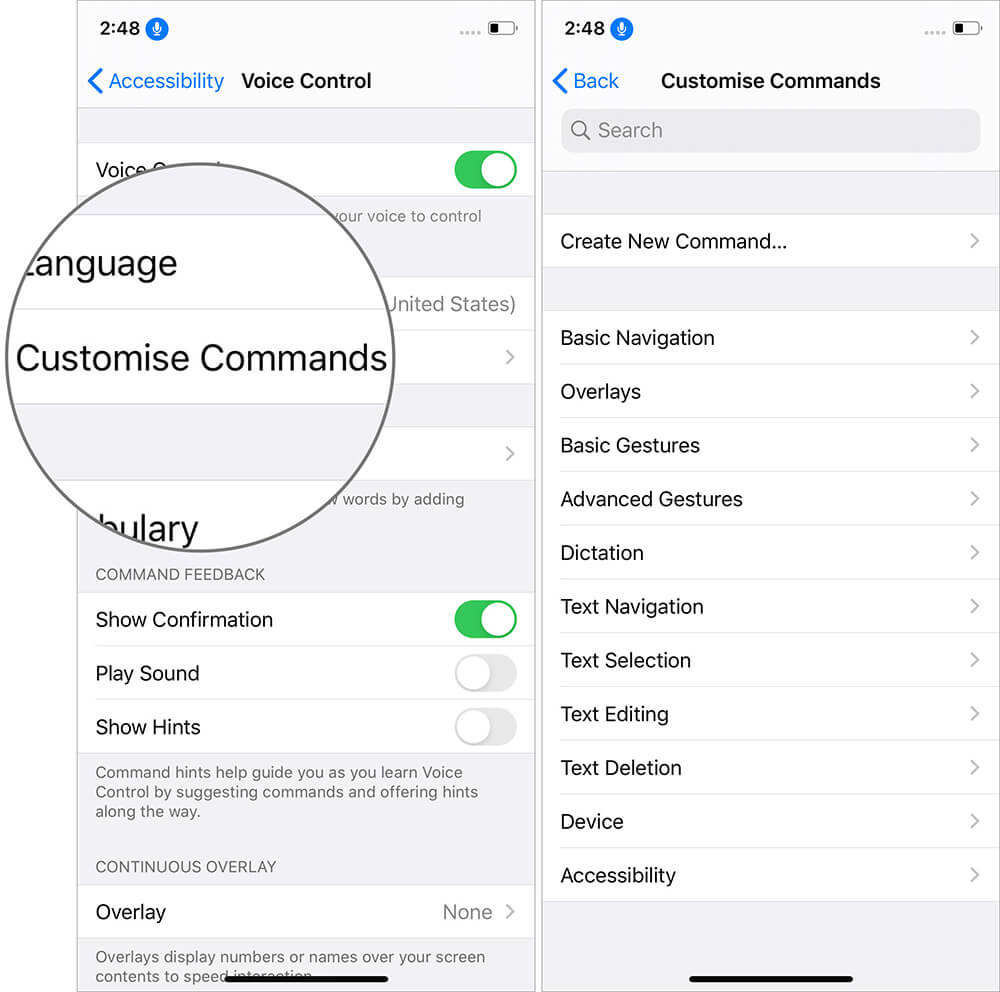 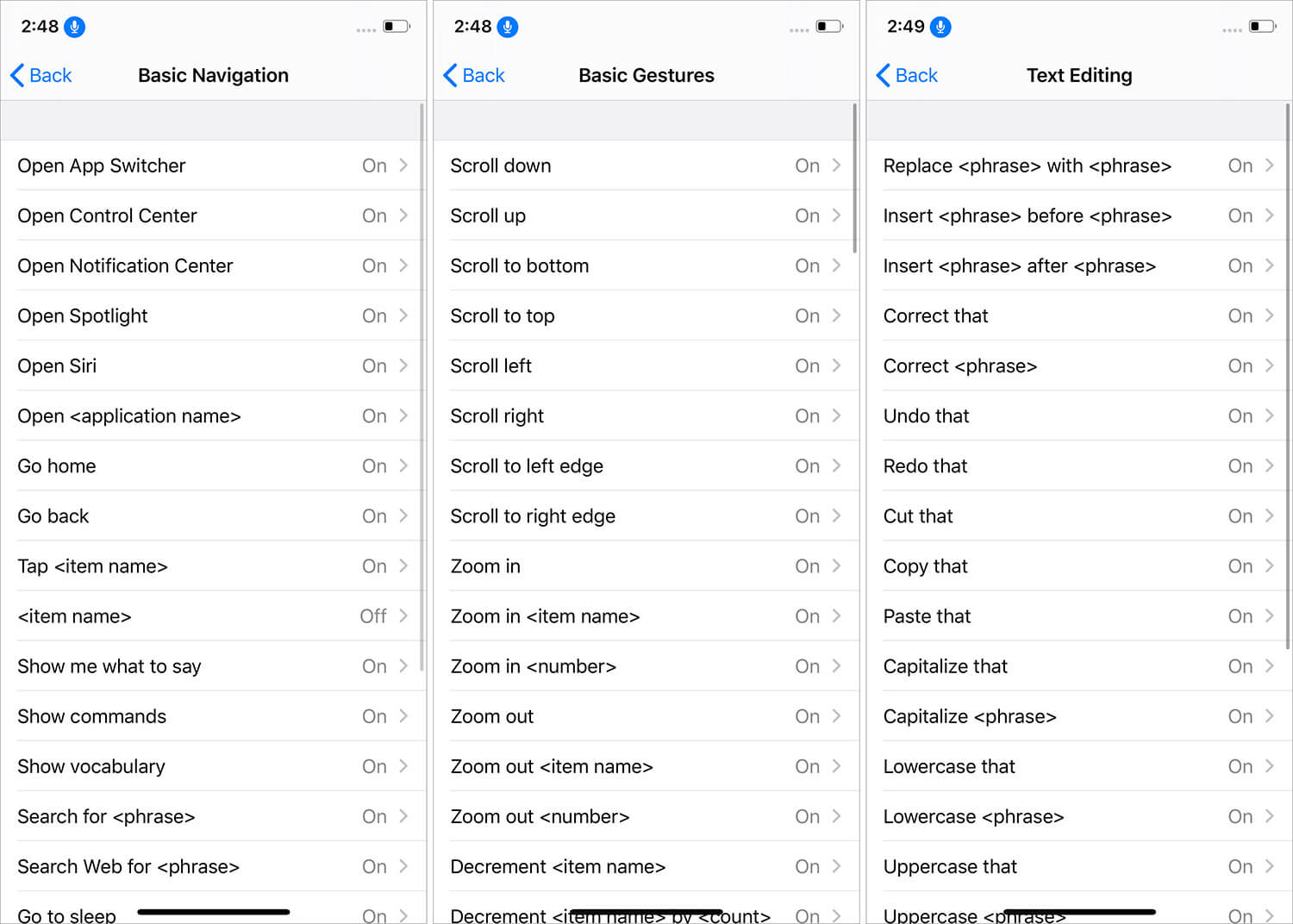 Pro Tip: If you do not remember what to say or which words to use, simply say “Show numbers.” Now, numbers (1,2,3…) will appear at places on the screen where a tap can be registered. After that, say “Tap 2” or whatever number you wish. You can also say “Show names” and then say “Tap <name you see on screen>“. 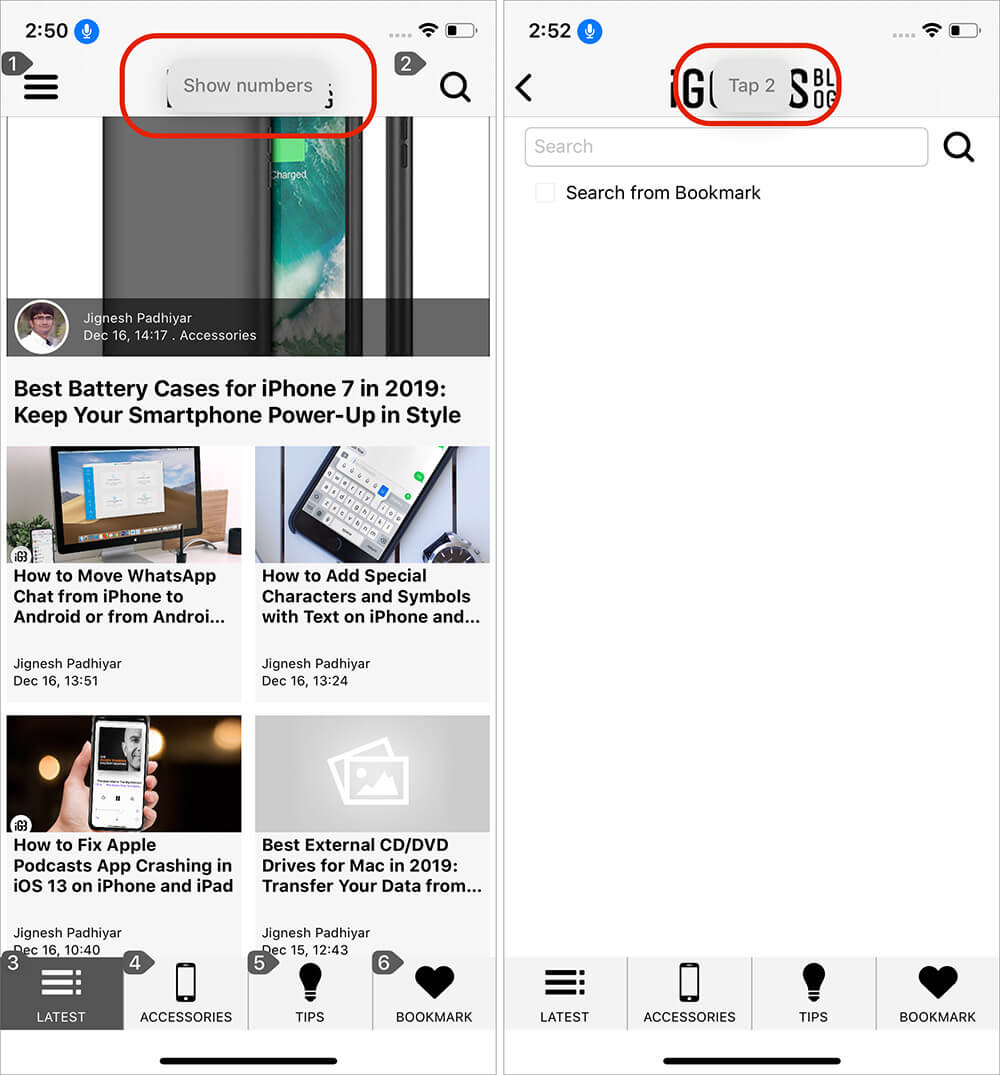 Further, you can say “Show me what to say” to see a list of available commands for different situations.

I hope this post was helpful. Before you go, take a quick moment to read the differences between SIRI and Voice Control.

How Voice Control Differs from SIRI?

Is Voice Control Private and Secure?

Apple had made it clear in the keynote that when you use Voice Control, it is processed on the device itself and nothing is sent to Apple or stored by Apple. Voice Control is also available on Macs running macOS Catalina.

If you know a person with a disability who can benefit from this post, kindly share it with him/her/their family member.