Check out the official press render for OnePlus 8 Pro leaked by iGeeksBlog in partnership with OnLeaks. See the image and get all the specs for this flagship phone.
Written byJignesh
2 minute read

We’ve got something exciting for all you OnePlus lovers out there! Just like we did with the OnePlus 7T Pro, we’ve once again joined hands with OnLeaks to bring you the official press image of the OnePlus 8 Pro.

OnLeaks is run by Steve H McFly and is known as one of the most trusted online sources for the latest gadget leaks. So let’s see what the OnePlus 8 Pro will be like.

Rumored to be launched on April 15 2020, this much-awaited flagship looks like it’s going to be another spectacular device that will up the competition. 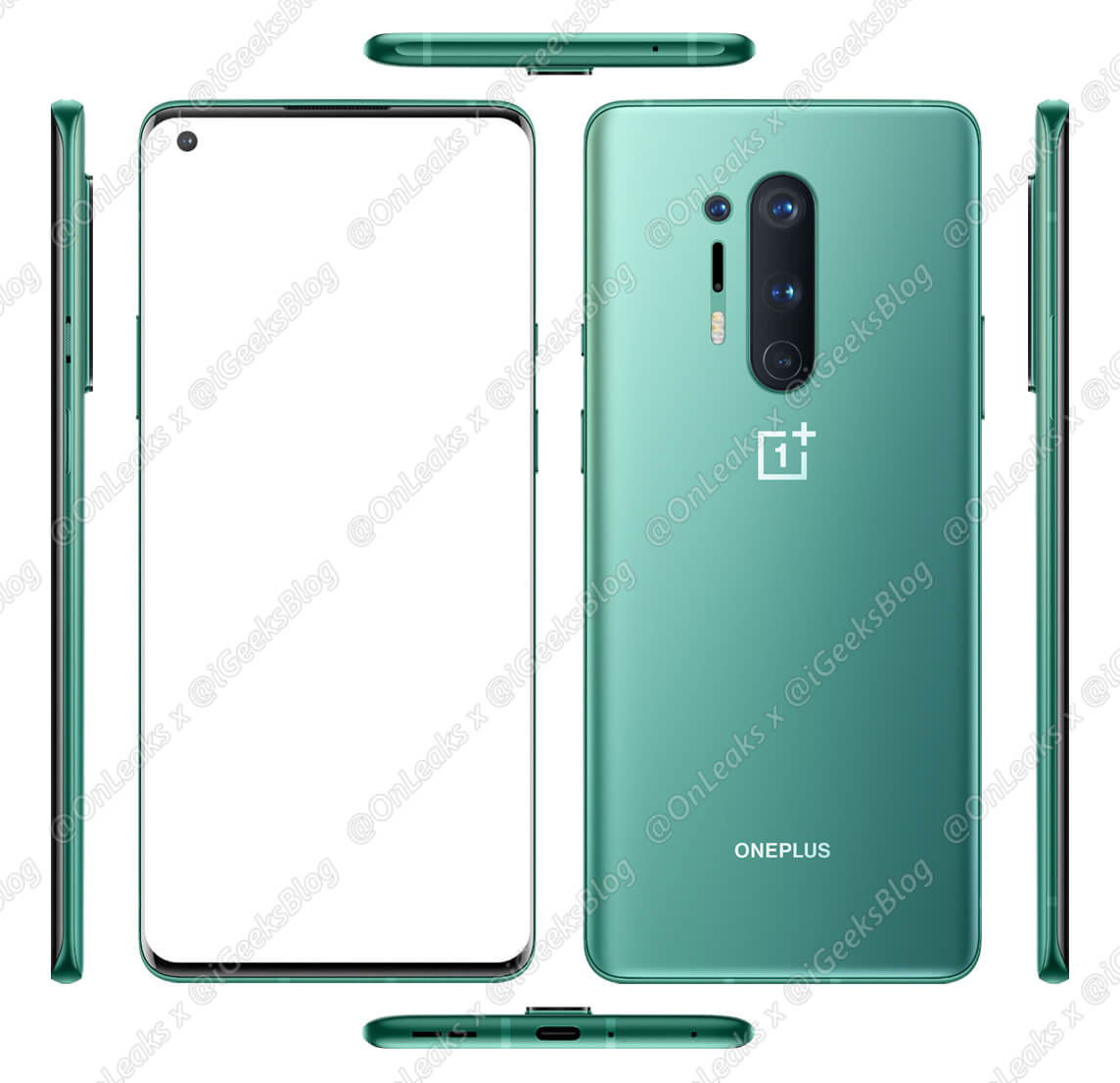 As you can see in the image, the OnePlus 8 Pro looks quite similar to the OnePlus 7T. It has a beautiful 6.78-inch edge-to-edge AMOLED display with four rear cameras.

According to leaked specifications, this includes an impressive 48-megapixel main camera and another 48-megapixel sensor with an ultra-wide-angle lens.

Then, there is an 8-megapixel camera and 5-megapixel sensor whose purpose is not clear yet. Of course, let’s not forget to mention the 16-megapixel front camera for stunning selfies.

The powerful Qualcomm Snapdragon 865 chipset will be a highlight of this device and take performance to the next level. It’s also going to be compatible with 5G connectivity!

You can also expect to get some decent battery life from the OnePlus 8 Pro with a 4,510 mAh battery. It is expected to support 30W cable charging as well as 30W wireless charging with 3W reverse wireless charging.

The OnePlus 8 Pro will most likely come with the standard 8GB of RAM and 128GB of internal storage. A second option will probably have 12GB of RAM and 256GB storage for those of us who love to carry a lot of photos and videos.

Another interesting feature is an official IP68 waterproof rating. That’s something we haven’t seen in previous OnePlus devices.

Doesn’t that sound exciting, folks? We’re looking forward to getting our hands on this great new phone! Do share your thoughts in the comment below.

Note: Feel free to re-share this image with proper credit to this post.