When you can cut the chase and get a work done swiftly, it doesn’t make sense to remain stuck in a roundabout way. The key to enhancing productivity or embracing multitasking is finding a smart shortcut so that you can have the best of both worlds. Accelerate several oft-repeated tasks by using the best Siri Shortcuts for iPhone or iPad!

So, how do you use Siri Shortcuts on iOS device? To start things off, you have to fine-tune an ever-ready shortcut for a specific task that you wish to do quickly. Whenever you need to do that, just fire up Siri and speak the phrase. And you are ready to go!

Before setting you in the motion, let me tell you a couple of things up front: 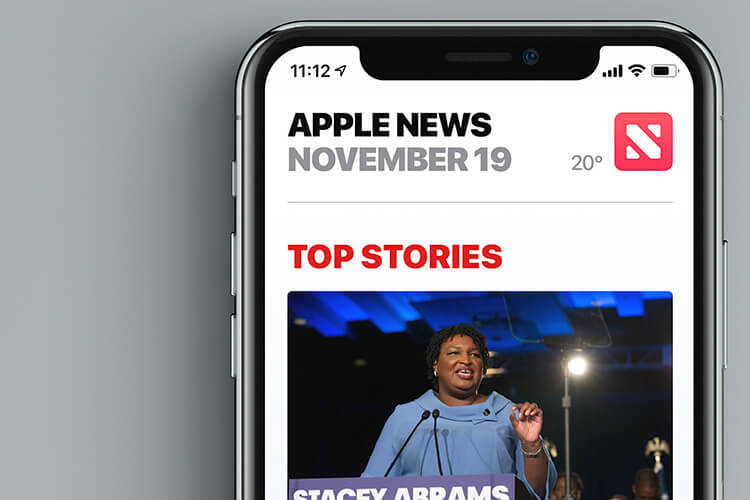 Have keen eyes for news and want to keep a tab on the breaking news from the top sources? “Browse Top News” Siri shortcut is for you.

With this shortcut at your disposal, you will be able to put your hands on the latest news instantly. Frankly speaking; it’s one of my favorite picks. As I’ve to track the big stories day in and day, I find this one pretty cool in making my task a tad easier. And I’m sure it’s gonna live up to your demand as well. 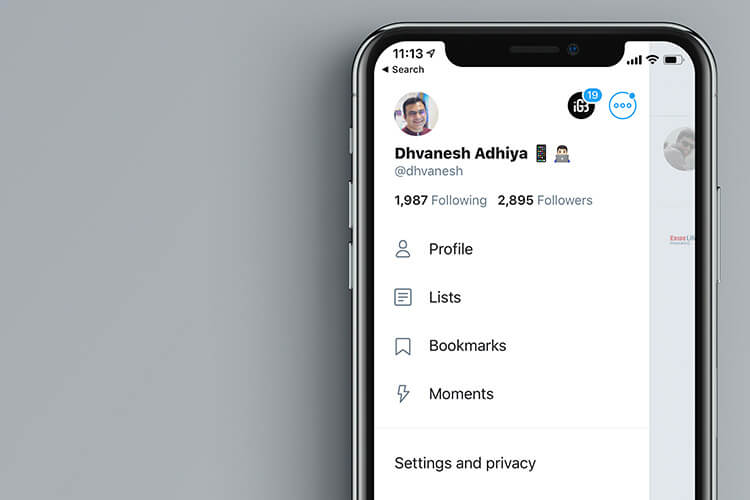 To keep myself at peace with all the trending news, I’ve created a couple of private lists on Twitter. It allows me to snap a quick look at the latest tweets from the sites I follow.

Ever since I ran across the option to open Twitter lists using a Siri shortcut, my job of tracking the most recent tweets from the favorite sources has become a lot easier.

Should you wish to keep your Twitter lists just a phrase away, do not fail to give it a shot right away.

#3. Siri Shortcut to Eject Water from your Device 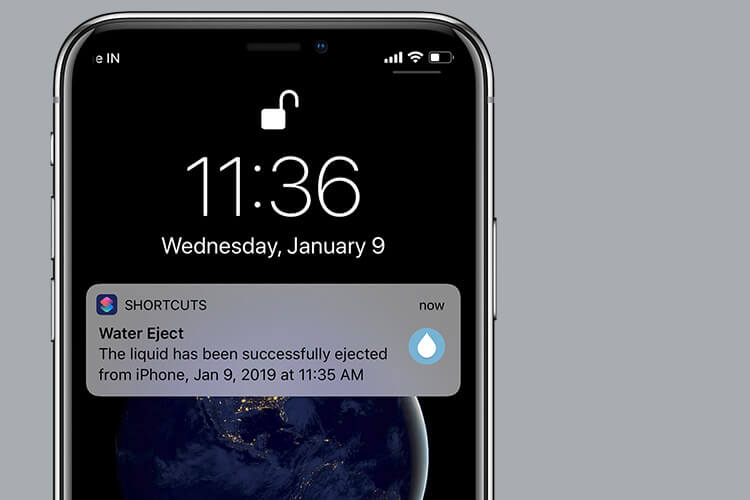 iPhone 7 and later models are water-resistant. However, speakers of iPhones always get slightly affected when you accidentally drop your phone in water.

No worries! With Water Eject Siri Shortcut, you can eject water from your iPhone in a single tap. This shortcut uses low-frequency sound waves to remove water out of your iPhone’s speakers. This makes your device speakers clean and dry, and you get the same quality of sound as you enjoyed previously.

This one is designed for social media buff! Wouldn’t it be nice if you could quickly convert your favorite pick into a GIF? Yeah, it can set your social media profile on fire and even help you attract plenty of likes and even compel your followers to shoot comments.

Moreover, you can also take full advantage of this smart Siri shortcuts to enhance your business profile. I mean this tool can come in very handy in letting you easily transform the image of your product into an attractive piece. And once it has garnered a lot of attention, half of your job will be done!

To get this shortcut, hit the link below and fine-tune it based on your goal. The next time, you want to set the social media on a blitzkrieg, invoke Siri and speak the phrase to get your work done in a jiffy! 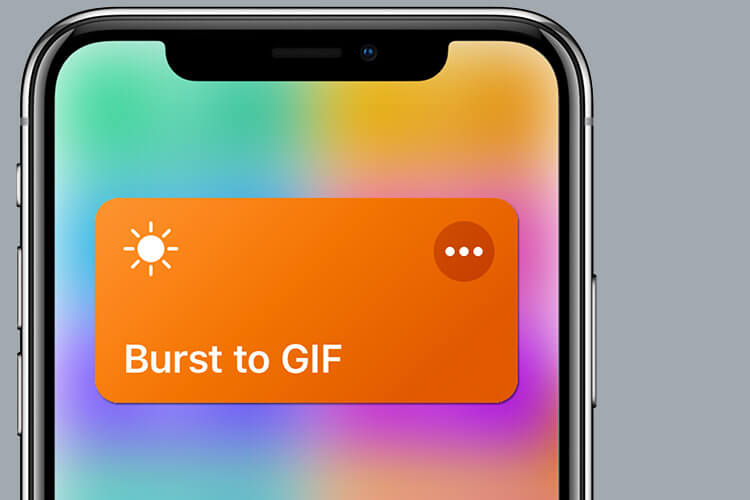 The GIF converted from burst images look more eye-catching. So, I think many of you would want to have a go at this shortcut.

Today, GIF has become an indispensable ingredient of our messaging. That’s why most social networking apps offer a large catalog of live and animated images.

Aside from bringing more fun to the conversation, it can also be a great tool for marketing. With a fully customized shortcut ever ready, it would hardly take a few moments to carve out a sensational GIF that can play a big role in making your product more popular. 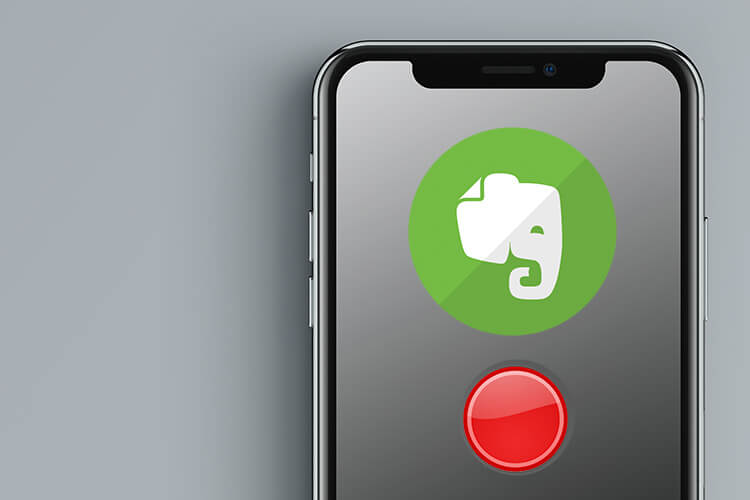 Evernote is arguably the most popular note-taking apps for iOS. If you have been using this app to stay in sync with your tasks or create notes with ease, you’d be glad to know that you can make several shortcuts for the app. And one of them is to create a new recording and save it to Evernote.

When you are on the move and don’t want to fiddle with the software keyboard, this hack can save your day with aplomb. Besides, you will also carve out the short path for resizing screenshot, add a new note from your Apple Watch and more.

#7. Use Siri Shortcuts to Play Your Favorite Playlist Right Now! 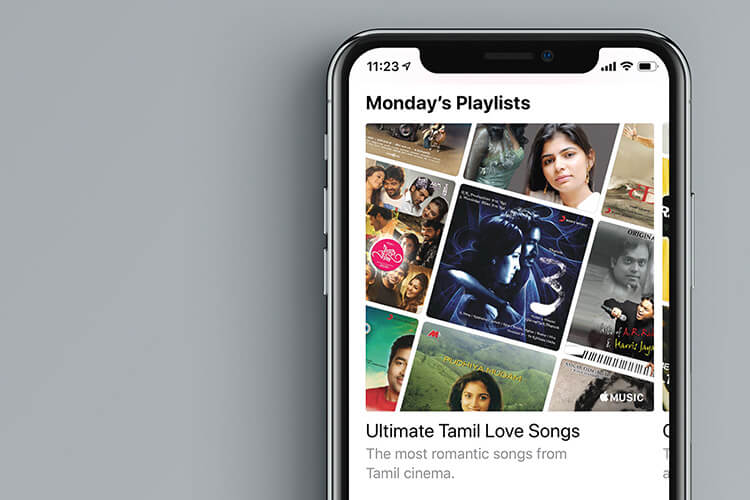 Wouldn’t it be super cool, if you could start playing your favorite playlist with just a tiny little phrase? Oh, that would be awesome!

More often than not, I like to listen to the only selected set of songs. And with this neat phrase always ready, it takes just a few seconds to get going.

#8. Get Directions to Next Event 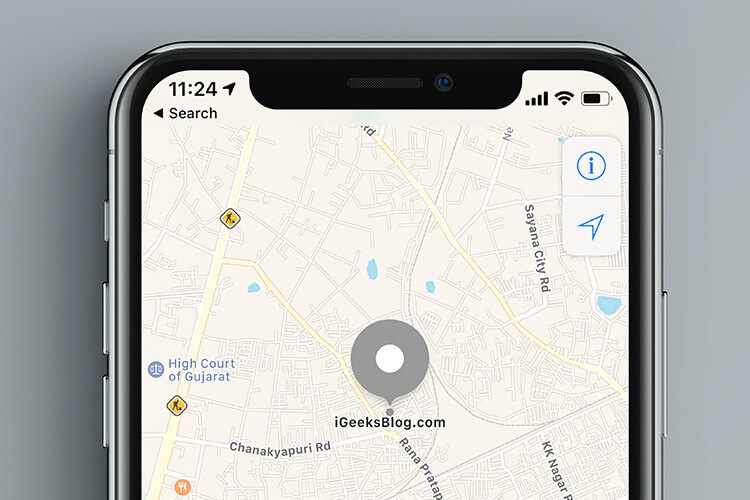 You are all set to take part in a high-profile meeting. Suddenly, you come to know that the event is scheduled to be held at a remote location. Wouldn’t you want to take the help of Apple Maps to help you guide through so that you can reach there in time?

Whether you are a party animal, executive or a salesperson, you’d like to put your hands on this short way of having access to the directions of the next calendar event.

Who won’t want to have a fully functional “Barcode Scanner” to be able to scan QR code in a flash? I guess most of us would be really glad to have it.

Whether you want to quickly access the secure website links, contact information, coupon or tickets, it would come into the picture. I’ve tried the Barcode Scanner shortcut on my iPhone, and it functions effectively. To get going, add the hack to your library and then allow it to access your camera.

Once it’s ready, hit the shortcut to launch the camera and use your iPhone to scan the QR code. 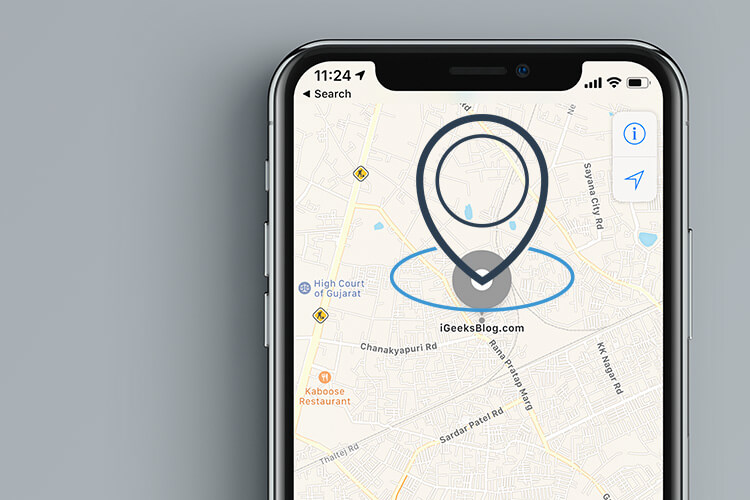 You are stuck in jam-packed traffic, and the chances are that you may reach home a bit late. You may want to share your current location with your concerned mom or an anxious wife. That’s when this readymade phrase will come in handy for you.

Moreover, it’s also nice to share the location with your loved ones to let them know that you are having a wonderful time with your friends during a holiday. Whatever could be the purpose, it’d be worth putting this phrase on the radar. 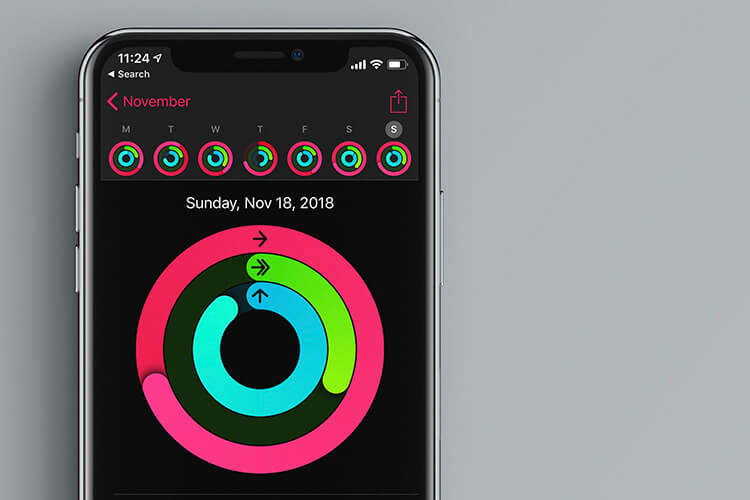 Speaking the truth, this one is my first pick! As a fitness conscious person, I use the Health app to stay hell and hearty.  Therefore, I keep an eye on the steps and various other things to ensure I’m fully in sync with my goal.

That’s why I like this shortcut that allows me to calculate last week’s average number of steps with ease. If you are also a fitness loving person, give it a try as well. 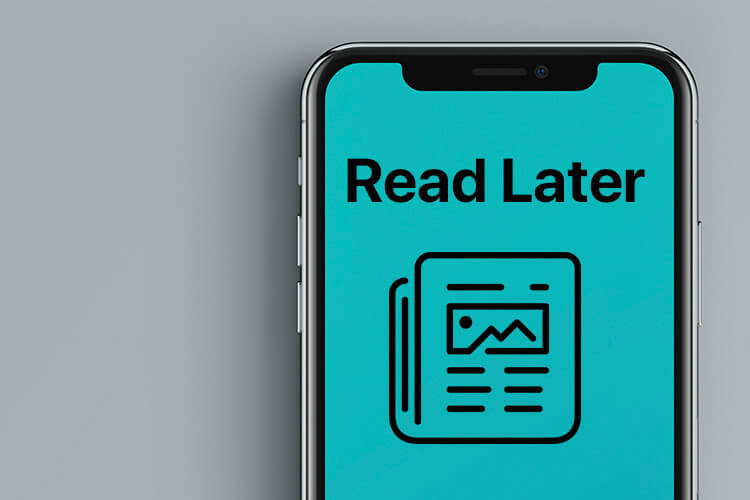 When browsing the web in Safari, you come across a thought-provoking article. As much as you wish to read the entire story, you don’t have much time to get through. Wouldn’t you want to save for later?

Keep the “Read Later” shortcut in your kitty so that you can quickly save a story to your best Read-it-later apps for iOS. Once they are in your personal library, you will adjust several things like font, color, and even theme to make reading a pleasant experience.

Plus, most apps come with a text-to-speech feature to make your device read the article for you.

While on a shopping spree, you can instantly check out the price history of any product using this pre-defined hack.

From what I can see, it can help you quickly decide whether it’s the right time to go for a product or wait a little more until the price has come down to your desired threshold. Even better, you can configure this hack to be accessed from Share Sheet as well. 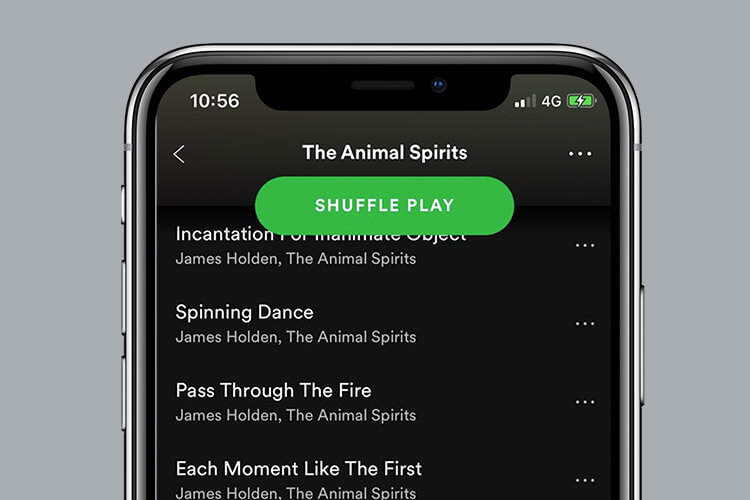 Yeah, Apple Music has surpassed Spotify in the US and may topple the latter in some other countries as well in the future. However, Spotify remains the most loved music-streaming service across the platform.

If you had been willing to use Siri to let you play Spotify tracks, chances are you would find this shortcut nothing less than a boon. Instead of hopping into the music app and playing the tracks, just invoke the virtual assistant to ask it to play your favorites. 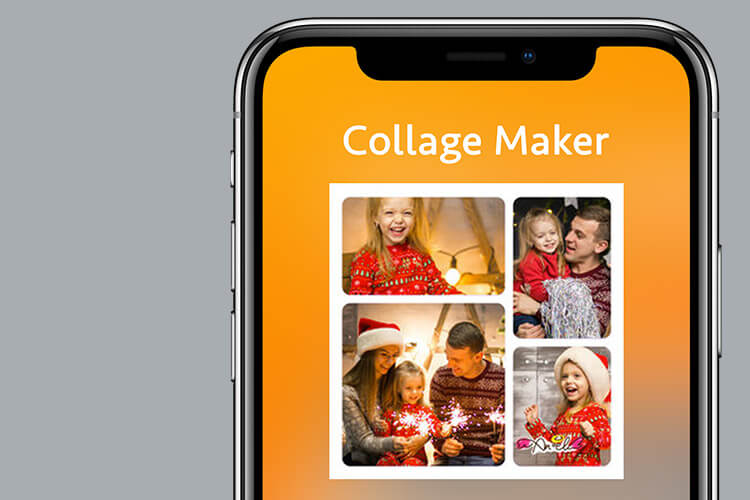 While taking a peek at some of your most memorable photos which you have captured during a holiday with your funny buddies. Seeing those shots, you become nostalgic and wish to relive the memory.

Wouldn’t you like to bring those images together and create an awesome college? I guess your heart would want to latch onto it.

With the pre-defined photo grid shortcut, you can choose some cool pics and turn them into an eye-catching collage. And yes, you don’t need a third-party collage maker app to get it done.

The Shortcuts app also has the option to create a short way for sharing latest screenshot via AirDrop, cleaning up photos, deleting screenshots and sharing a portrait photo. I’ve given these short ways a try and found the real deal. So, don’t miss them out!

Among so many handy shortcuts which ones have you chosen for your iPhone. I would really appreciate if you could share your feedback about them.

You’d want to have a glance at: