iOS 12.2 has come up with some really nice features like redesigned Apple TV remote, HomeKit TV support and more. One of my favorite new add-ons is the option to view “Air Quality” in Apple Maps on iPhone.

While this feature could be helpful for everyone, the people who are sensitive to air pollution will find it noteworthy. Talking about the air quality; the AQI value of 50 (or below 100) is considered to be good/satisfactory while the AQI level of more than 100 is believed to be unhealthy. Simply put, the higher the value of air pollution, the more catastrophic it’s for health.

By default, this health-centric feature is disabled. Let me show how you can bring it into action! 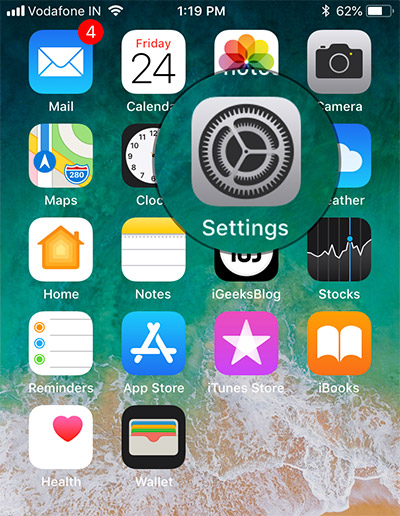 Step #3. Next, turn on the switch for the Air Quality Index.

That’s it! Going forward, Apple Maps will display the AQI.

As per the Environment Protection Agency (US), if the AQI level is between 0 to 50, it’s said to be good and represented by green. The below image best explains the air quality.

Apple’s continuous effort to make the stock Maps app more accurate and helpful seems to be paying off. Though the app still can’t go head-to-head against Google Maps, it’s definitely an able alternative on iOS devices.

The tech giant is expected to give it a big push in iOS 13. So, we can expect a cut-throat competition between the two popular navigation apps in the coming days.

You might want to have a quick look at the following posts as well:

What’s your take on Apple Maps? Share your feedback down below in the comments section.