As a WhatsApp user, the one feature which I had been waiting for long is the ability to forward a message to multiple chats at one go. Luckily, the top-notch messaging app has delivered the goods as per my wish. Guess what?

The latest version of the Facebook-owned messaging app has added some interesting features such as, the option to tap people in a group chat and the ability to forward a message to several chats at once. Now, forwarding a funny videos or photos to a number of friends at a time is no longer a lengthy process. Willing to try out how it works? Let’s go!

Step #1. Launch WhatsApp on your iPhone → Next, head over the conversation thread which message you want to forward → Now, touch and hold on the message you wish to forward.

Step #2. A menu will appear on the screen containing options like Reply, Forward, Copy. You need to tap on Forward. 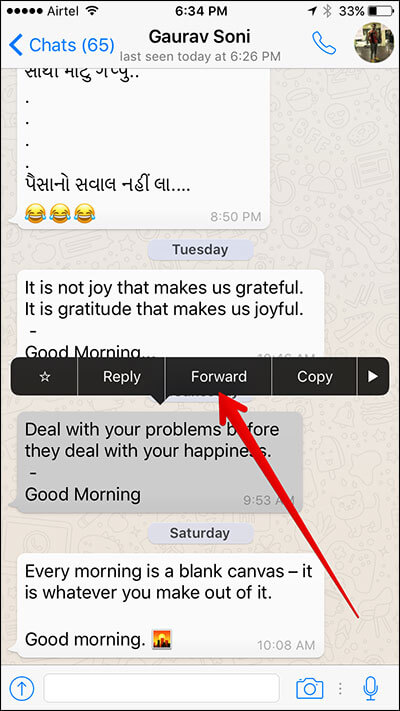 Step #3. Up next, you have to tap on the forward button at the bottom left corner. 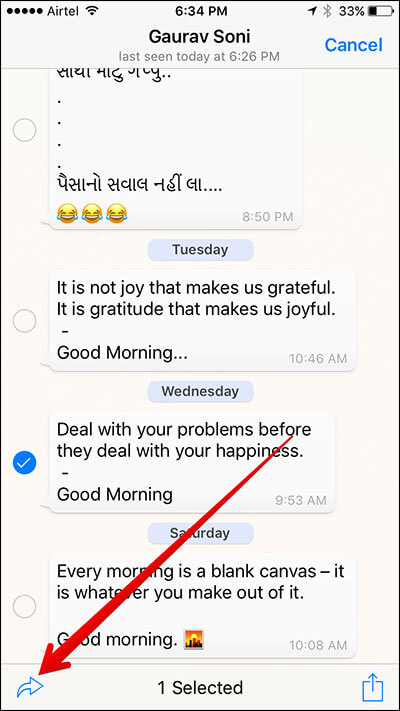 Step #4. On the next screen, you will see all your contacts/groups; simply tap on the contact(s) or group(s) to select.

Step #5. Finally, tap on Forward at the bottom right corner. 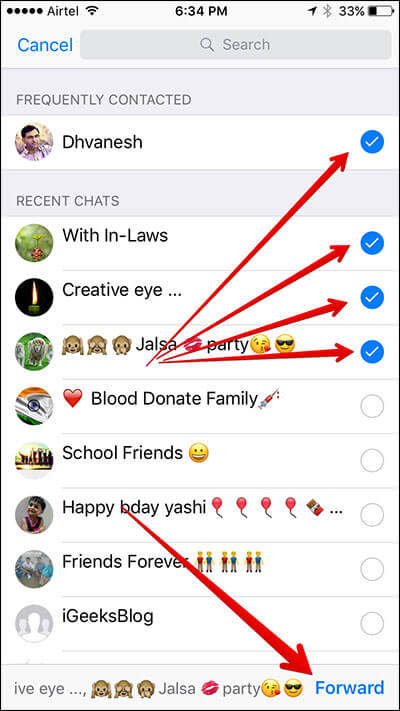 That’s it! You can repeat these steps to forward more messages to several contacts at one once.

With more than 1000 million active users, WhatsApp is the leading messaging app in the world. Currently, it doesn’t seem to have any challenge. Though the just launched Google Allo can topple it in the long run. There are several advanced features like Google Assistant, Incognito Mode, Smart Replies that make Allo more than just worth giving a try.

What do you think of Allo? Can it surpass WhatsApp in terms of popularity? Share your valuable inputs in the comments below.