Space shooter games are highly imaginative, with mysticism being their essence. The gamers enjoy thrilling encounters with aliens, never-seen-before demons with colossal power, or deadly challenges. The endless battles having tons of hurdles, exciting stories, attractive graphics, and high-octane actions form the game’s crux. If you are a die-hard gamer, you wouldn’t like to compromise with the quality of a space shooter game. The games have been shortlisted primarily based on their quality. Pick your favorite space shooter games for iPhone and iPad. 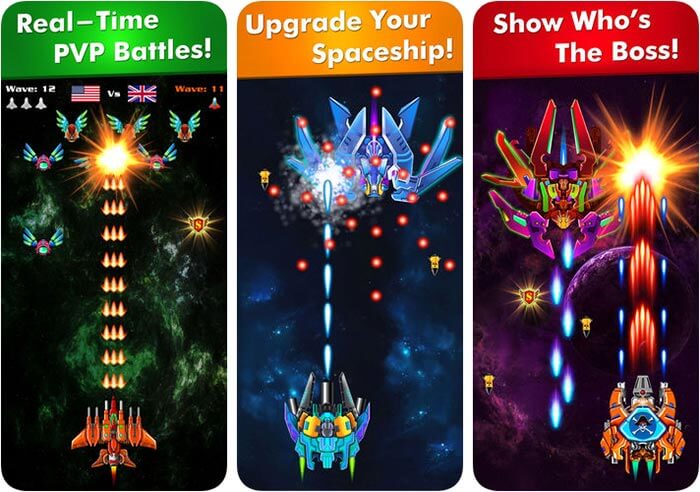 Galaxy Attack is lashed with high-octane challenges crafted for the folks who love to play with fires and dare to snatch victory out of the jaw of death. As the alien swarms are hell-bent on destroying the earth, you have a massive task to save it from the imminent destruction.

The earth’s hope of survival entirely rests upon your heroics. So, charge yourself up, take control of the spaceship and get down to the business as usual. You are up against large enemies in hazardous environments where the only way you can get out of elimination is by decimating your rivals. Don’t worry; you can upgrade your spacecraft to have a decisive edge over the wrongdoers. And with 100 levels to cross over, your road to stardom is riddled with endless battles where your skill as a player is always at a high stake!

Compatible with iPhone, iPad, and iPod. 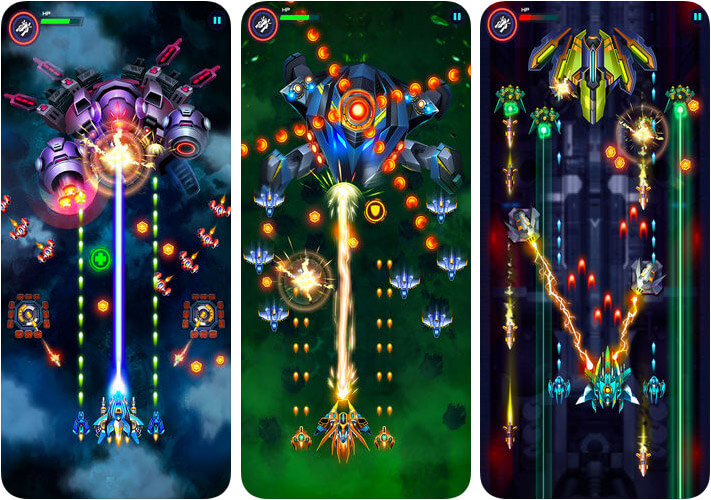 As someone who relishes hardcore space shooting games, I’ve found Infinity Shooting up to the mark on several fronts. First things first, this game offers you a great chance to be the savior of the solar system. Can you put your best show to eliminate the space enemies and save the solar system, which is on the brink of destruction?

The game consists of more than 70 level with full of challenges. So, you’ve got plenty of battles to encounter. With the well-thought-out story, the game can keep your interest alive for long. 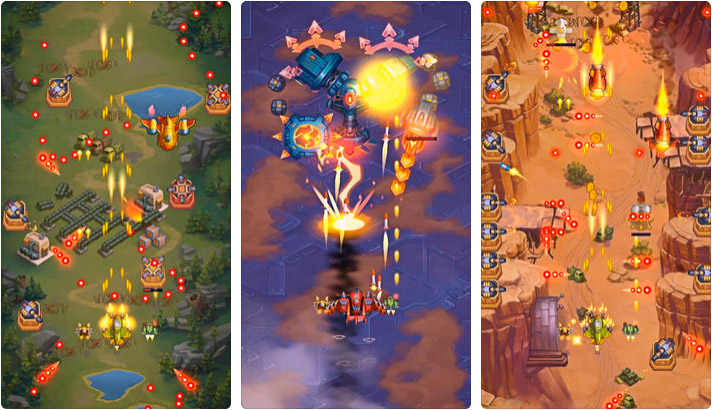 “HAWK” is full of action and adventure. The game offers fantastic aerial battles where the only rule of survival works is by destroying the enemies.

You can take the villains all by yourself or enter the co-op mode to team up with your friends for a more aggressive attack. You can make the best use of a wide range of powerful aircraft to prepare better for the fight.

HAWK consists over 190 levels, and all of them are packed with challenges. So, don’t expect any breather from your baddies when you are on the attack.

Beyond the deadly battles, the 3D graphics and gripping concept, this top-down shooter can easily become your favorite shoot-’em-up space-shooting game. 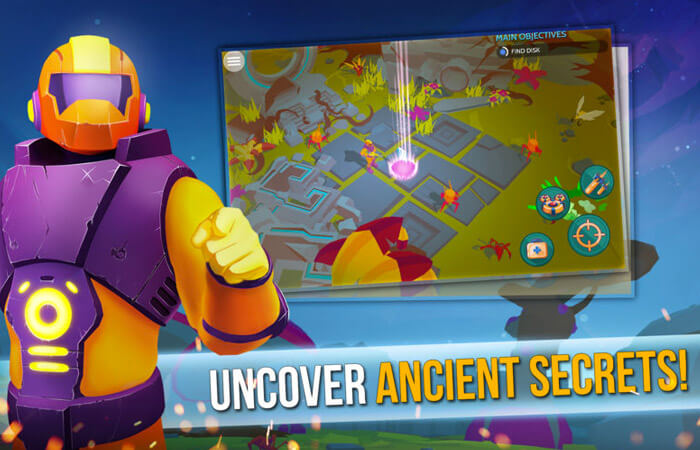 When I was on the lookout for an exciting space shooter game, one of my friends told me to give a try to Space Pioneer. And believe me, I did find this game pretty good.

The best thing about this game is the intriguing concept that keeps you engrossed. Another thing worth noting is the chance to go on an endless fight with the enemies using lethal weapons.

The power-packed gameplay where the top-down shooting puts your combat skill to the wall. Go your all out to recover the stolen disks, destroy the aliens and make sure to repair your crashed craft to keep afloat.

Along the way, make sure to upgrade your gear and weapons to remain a dominating player. 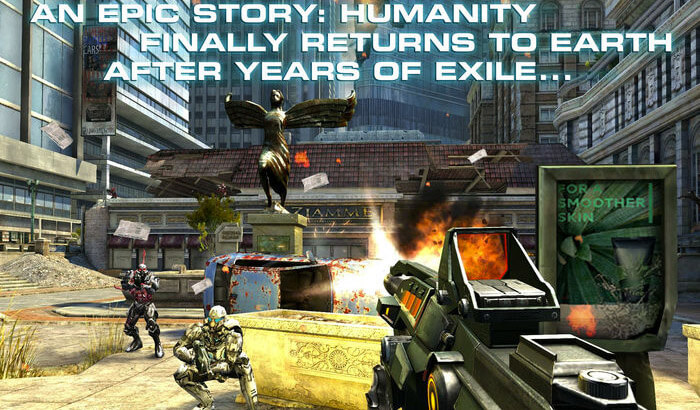 Driven by the passion of saving the entire Earth and humanity from destruction? You would thoroughly enjoy playing this sci-fi FPS space shooter game. With 10 extremely immersive levels, excellent graphics and ever engaging concept, it has everything that takes to be a top-notch game.

Intriguing challenges will compel you to be innovative in your style of playing. To defeat every single trick of the devils, you would have to think instinctively. 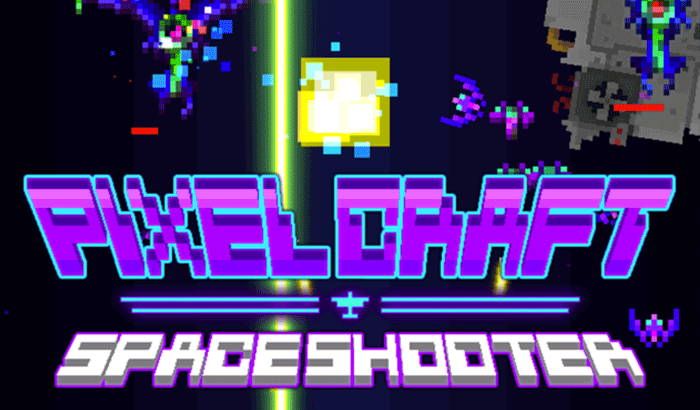 Pixel Craft is a visual extravaganza! The app offers you everything you’d want to put your desire for a huge space fight on full display. You get to battle against a number of enemy ships and powerful bosses.

The battle is so intense that you will be completely decimated if you aren’t at your absolute best. There are several challenging missions to test your mettle as a warrior.

You can upgrade and unlock more than 30 different crafts. Moreover, there are also 10 super weapons to help you trigger havoc in the eyes of your enemies. 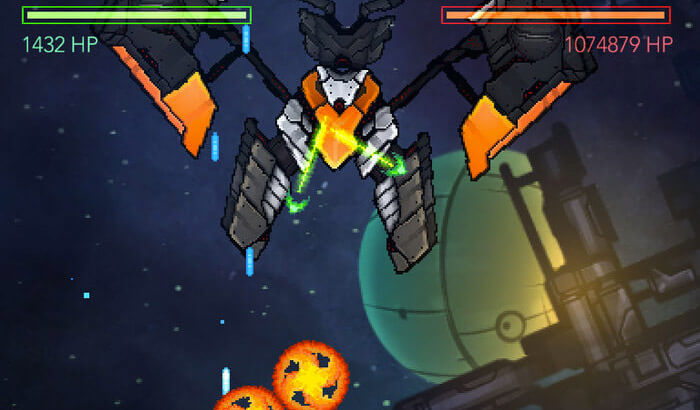 Gemini Strike is fast-paced and scintillating. You have to rip through the enemy ships to win the battle.

Evade dangerous asteroids and pass through blockades smartly. Secret boss, cargo missions and 100 sectors of destruction add more spice into the gaming.
With multiple thrilling modules like shields, missiles, lasers, beams, healing, EMPs, this space shooter gamer keeps you entertained all through. The interesting character and gripping storyline ensure you remain engrossed in playing for hours. 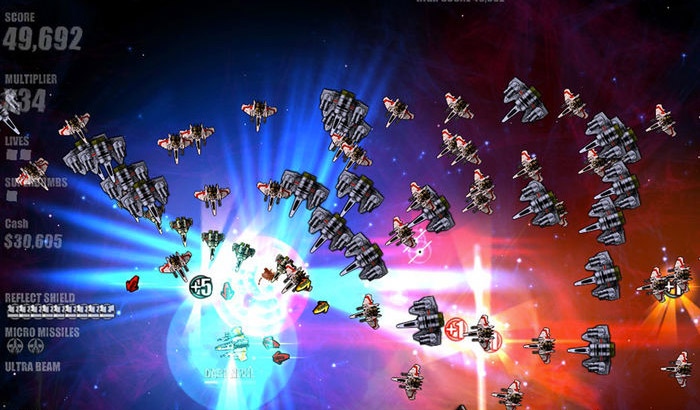 This space shooter game is more about listening to thousands of your all-time favorite music and less about engaging in heart-wrenching battle with baddies. For a change, if you want to have the fun of both music and shooting vehemently, you are going to like this a lot.

If you are sick with the hard-core action of killing and destroying enemies into bits and pieces, you should try this out to have a different taste. Ten to one, you will be impressed with its quality and presentation. 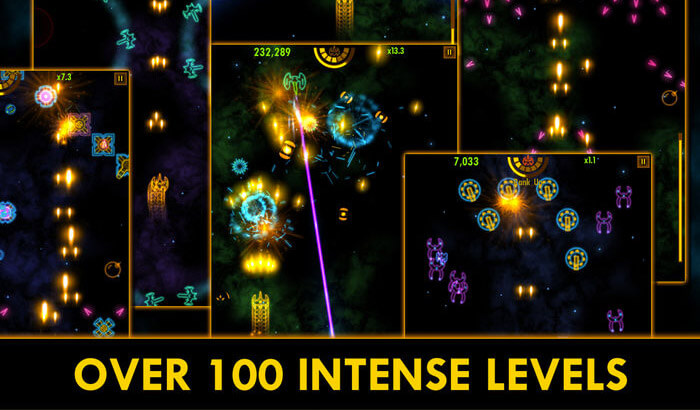 Plasma Sky is made for both hard-core gamers and beginners who want to indulge in an endless shooting spree. The space shooter features more than 100 levels which provide amazing combat experience.

The terrifying fights will leave you spellbound. There are tons of power-ups to keep your gaming completely spiced up. Several game modes provide just the fun you would want never to get bored with playing. 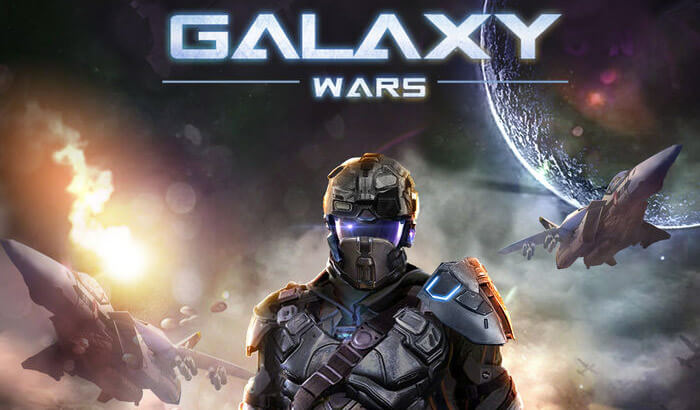 Galaxy Wars provides you just the needed platform to showcase your heroics. Humans are in dire need of your help, so it’s the best time for you to win to be superhuman.

You have to be at the top of your game to beat the powerful aliens who have destroyed the earth. Join and build a massive alliance to battle against the aliens. Make the most of the advanced weapons like laser cannons, avatar warmech, and energy weapons to dominate the enemies. 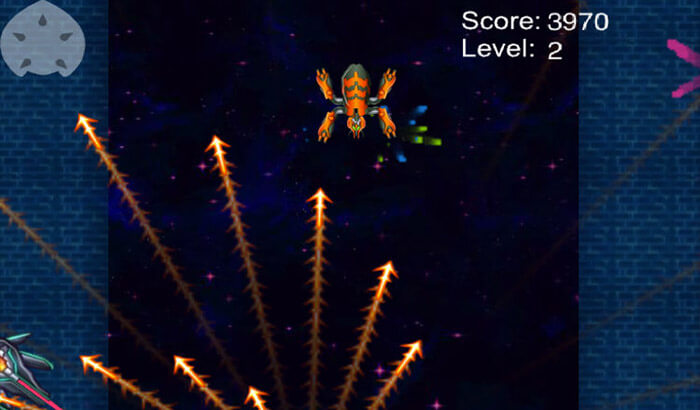 Demon Star is a 2D vertical-shooter game featuring 25 stages, plenty of power-ups, bosses, and combos. This is all about surviving as long as you can by killing as many enemies as you can. It is very much like being a power-packed rockstar out to destroy the world of dangerous enemies all alone.

The concept of the game is simple yet very challenging. Your fight to the finish is solely determined by how long you last.

I’m sure you would have launched into the stars and already started the mass annihilation. Bravo, keep it up. Shoot ’em all and score maximum!

By the way which is your favorite space shooter game? Do let us know its name and your feedback.

You might want to catch up with these posts as well: