How to Turn iPad into Second Display for Mac

Turning the iPad into a second display for a Mac is the sort of proposition that tickled my fancy right from the day one I put my hands on the behemoth 12.9-inch iPad Pro. While I could use third-party services like Air Display 3 ($9.99) and Luna Display ($49.99) to fill up the void, I was kind of longing for a native offering.

Better late than never, Apple has introduced Sidecar to provide an official way to use the iPad as a secondary monitor. And from what I have experienced, it’s right on the money. So, if you are willing to give this feature a shot, let me walk you through the complete breakdown!

How to Use Your iPad As A Secondary Monitor for Mac

First things first, make sure both your Mac and iPad are fully onboard. I mean to ensure that the iDevices are compatible with Sidecar.

The Following iPads Running iPadOS 13 are Compatible with Sidecar 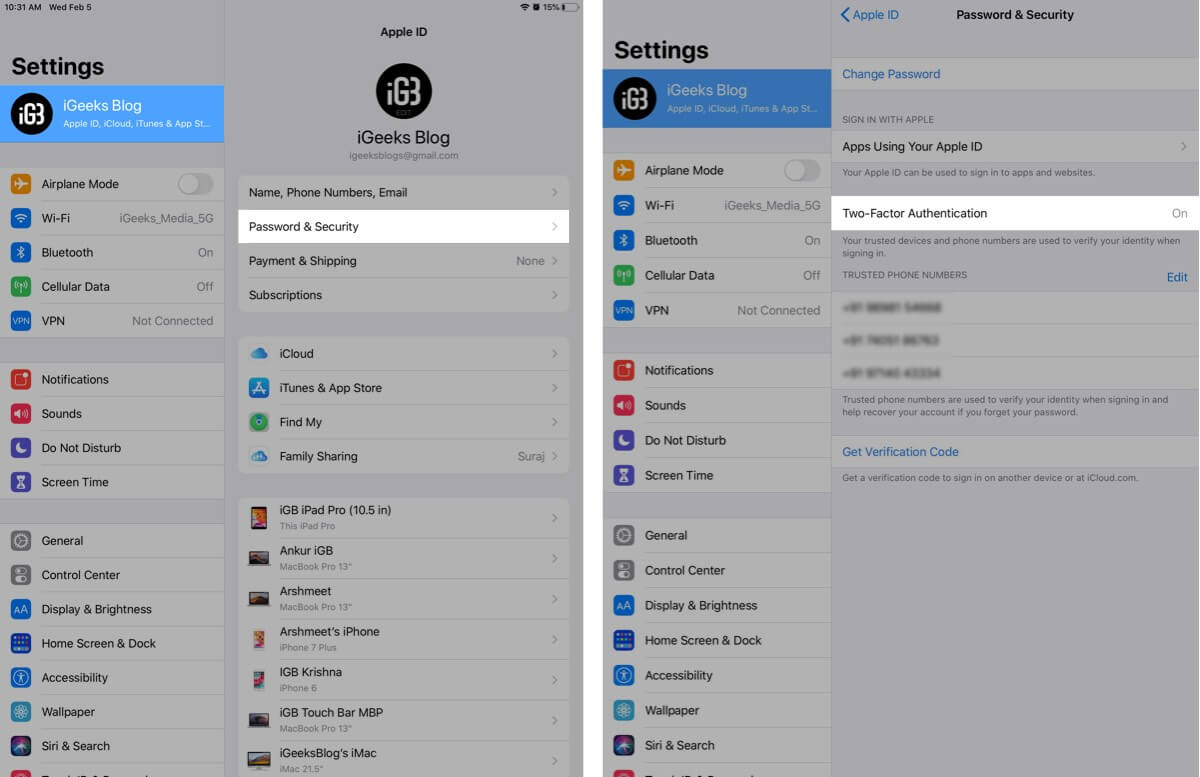 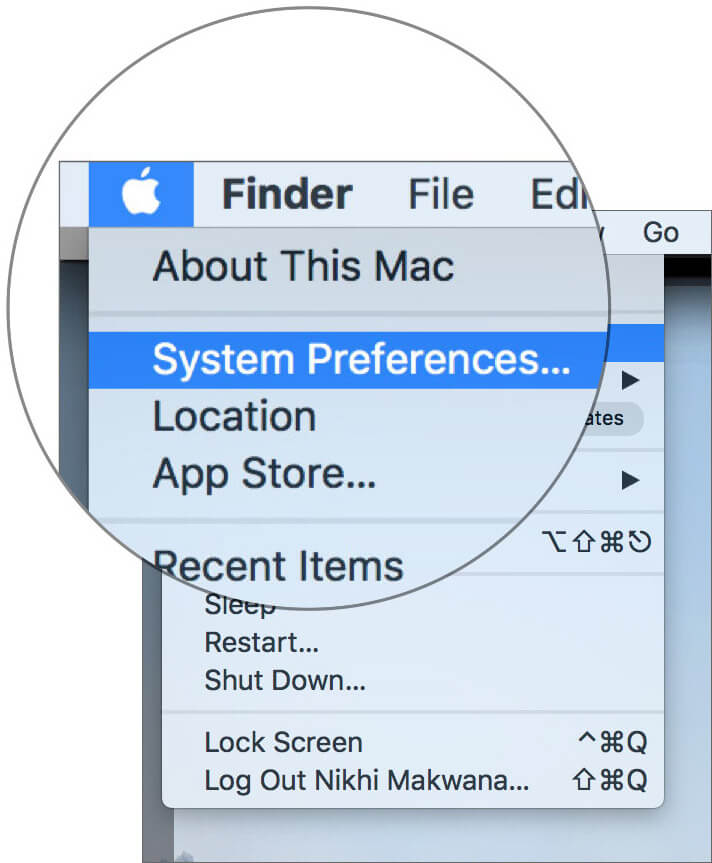 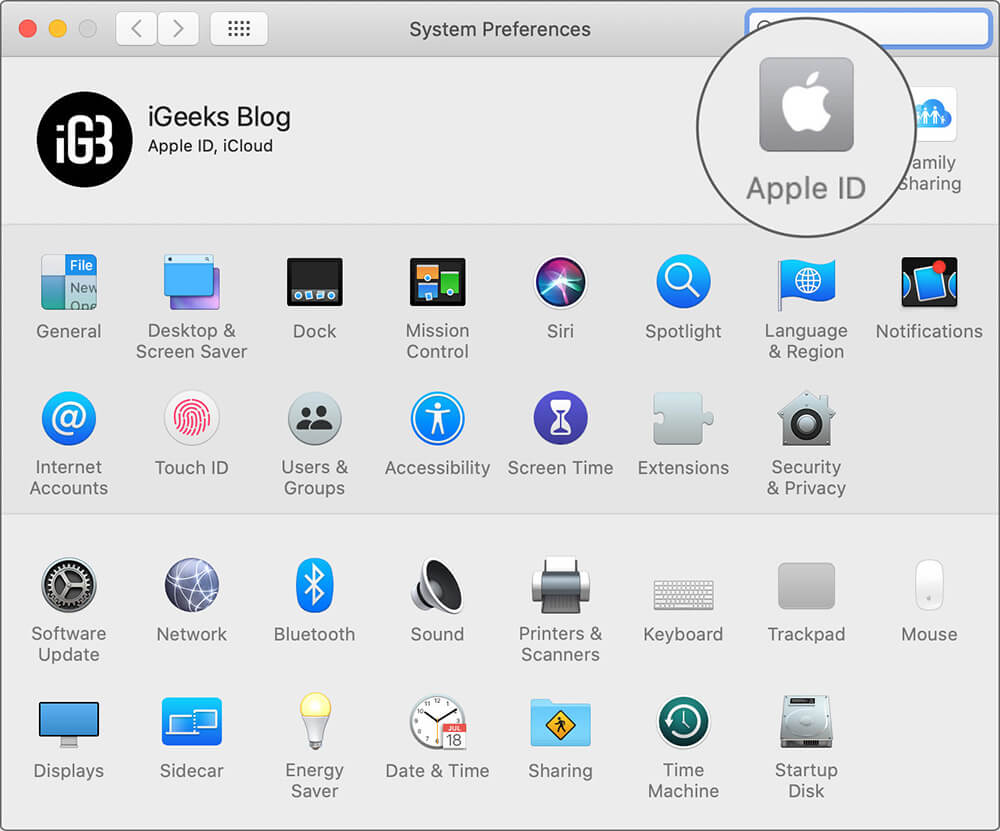 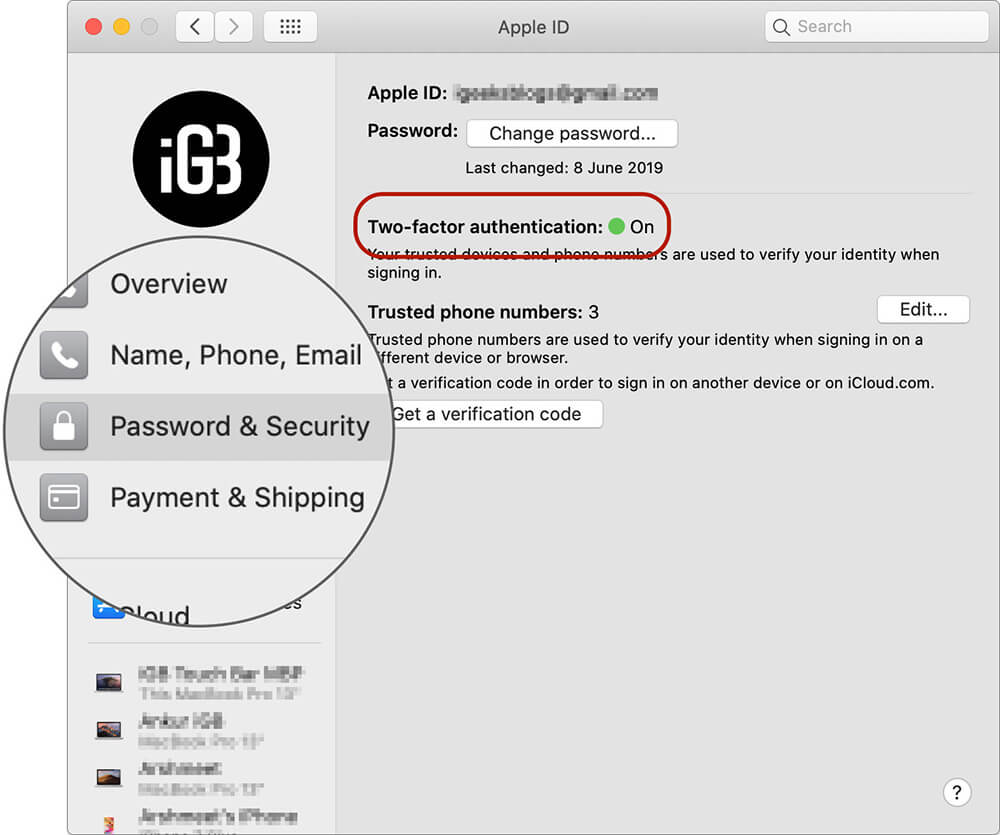 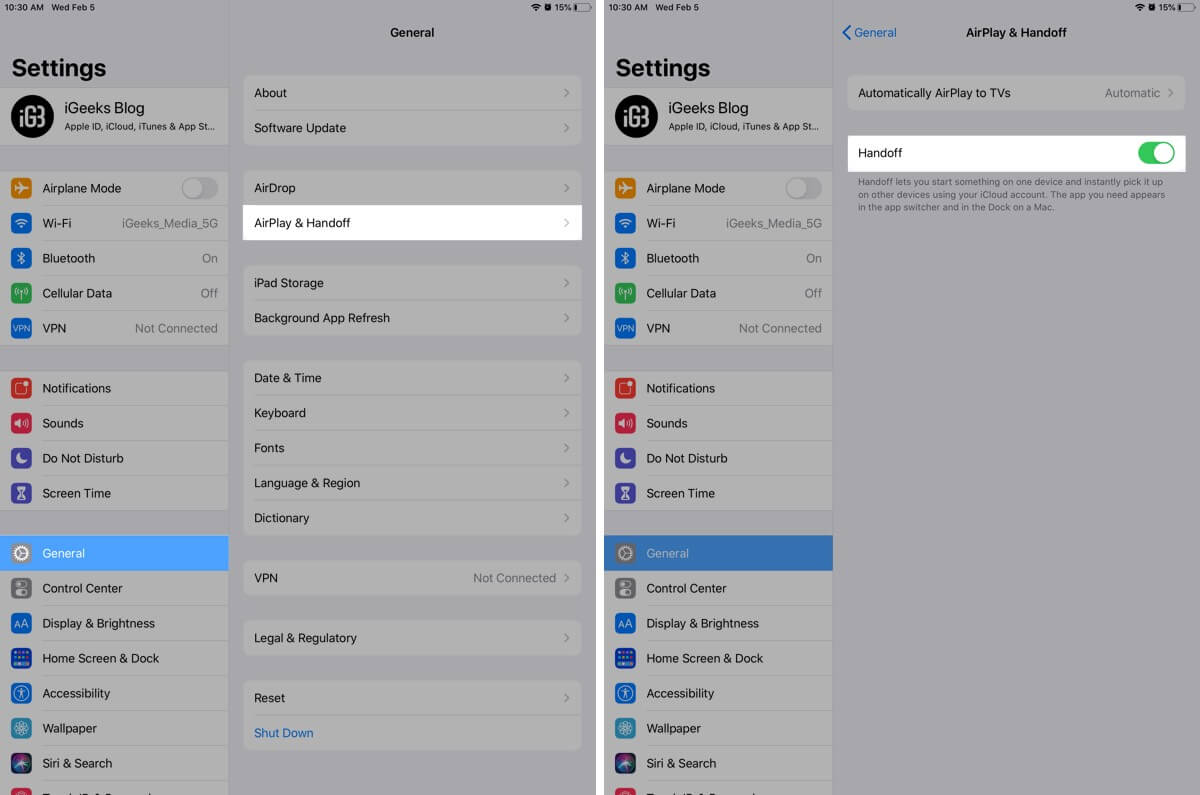 On Mac: Open System Preferences → General → Allow Handoff between this Mac and your iCloud devices. 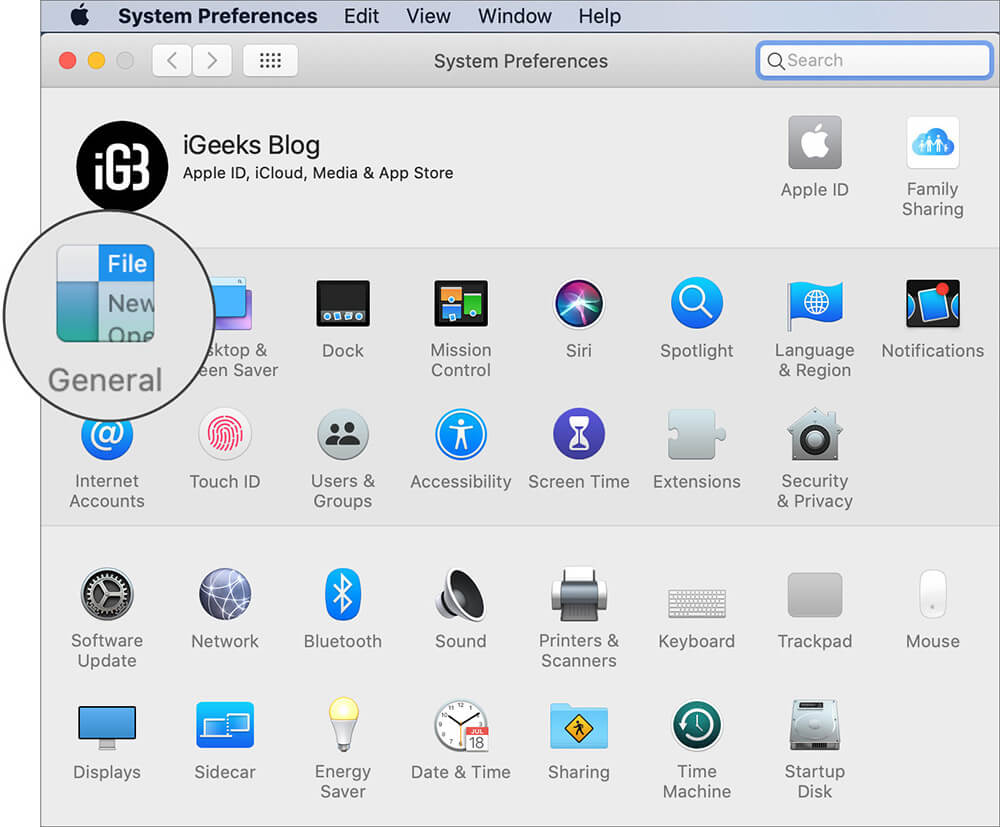 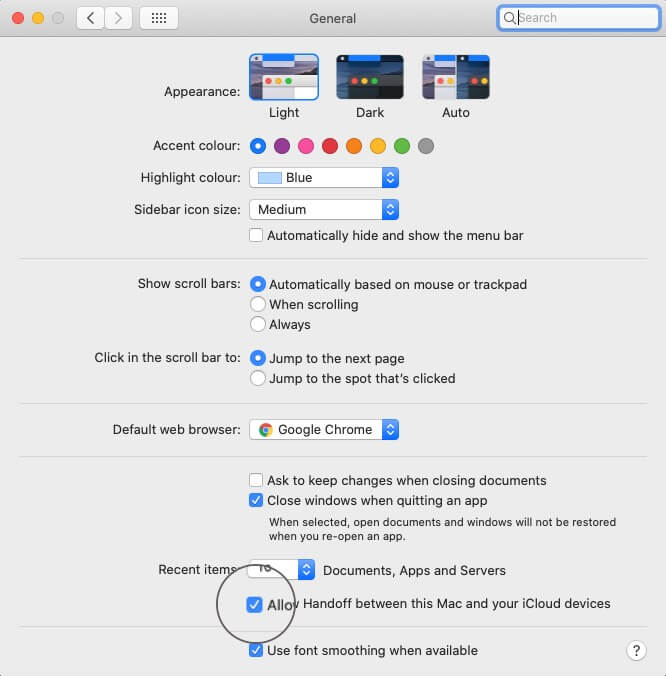 Side Note: Though Sidecar works pretty well wirelessly, you might not get the desired picture quality at times. There could also be stuttering issues due to poor internet connection. If it’s the case, try using Sidecar over the wired connection.

Set Up Sidecar on Mac

Step #1. First off, click on the AirPlay icon located in the menu bar on your Mac.

Step #2. Now, select the option to connect to your iPad.

The iPad will now appear as an extension of your Mac. Now, go ahead use the tablet like any other display.

Move a Window to your iPad Display

To move a window to or from your iPad display, hover your pointer over the full-screen button of a window. It not only resizes the window perfectly but also works faster than the dragging option.

Use Sidebar on Mac

With the help of the sidebar, you can carry out many commonly-performed tasks faster. Thanks to the availability of Command, Shift, and other modifier keys, you get the flexibility to select commonly used commands with your finger or Apple Pencil. For a more personalized experience, you can also use Sidecar preferences to turn off the sidebar or even tweak its position.

Based on your needs, you can hide/show the sidebar on your Mac. Click on the Apple() menu → System Preferences → Sidecar.

Now, click on the drop-down menu next to Show Sidebar option and then choose to show it on the left or right side of your iPad screen. If you don’t need it, uncheck the box to turn it off.

Get the Most Out of Smooth Gestures

In a typical Apple fashion, Sidecar offers several smooth gestures to simplify the whole affair. So, if you want to get your work done efficiently, make sure to get a good hang of them.

Better still, you can also use gestures for scrolling. As for other multitasking gestures, they work in the same way when using Sidecar.

Use the Touch Bar on iPad

One of my favorite features about Sidecar is the ability to use the Touch Bar on the iPad.

Unlike before, several macOS apps support Touch Bar controls that make it pretty easy to perform common actions. What’s more, you will get Touch Bar on your iPad screen even if your Mac doesn’t support it.

Not to mention, it works in the same way as the Touch Bar on Mac. So, you can tap its controls using a finger or Apple Pencil to get your work done faster.

Depending on your needs, you can make the Touch Bar appear on the bottom or top of your iPad screen. And if you aren’t a fan of it, you can also turn it off. To do so, open System Preferences → Sidecar. Now, customize the Touch Bar feature as per your needs.

Make the Most of Your Apple Pencil

In what could be pretty handy for the folks who like using Apple Pencil, Sidecar also supports double-tap gesture.

Going forward, you can perform custom actions by double-tapping on the side of the Apple Pencil (2nd generation). In short, your digital pen can work as a handy mouse/trackpad to let you click, point or select while editing images, drawing, and even navigating from one spot to the other.

Go back to the AirPlay menu and select the option to disconnect. Alternatively, click on the Disconnect button in the sidebar on your iPadOS device.

There you go! So, that’s how you can get the most out of Sidecar and use the iPadOS device as a handy display for your Mac. Both in terms of flexibility and productivity, I find it a welcome addition. And I’m sure your story may be pretty much on the same line.

You May Also Want to Catch Up With These Articles:

So, what’s your take on Sidecar? Be sure to shoot your views in the comment below.