How to Get Siri Read Emails, Articles and Webpages on iPhone/iPad

Get Siri to read webpages, articles, emails on your iPhone/iPad and enjoy listening to your favorite content at your leisure. Check this useful information now and explore Siri feature.
byJignesh
2 minute read

Every nation mints her currency keeping in mind the blind citizens so that they can easily differentiate between denominations. Similarly, Apple has developed Siri that hugely benefits visually disabled people. With voice commands, users can smoothly interact with their iPhone and iPad via Siri.

Earlier, we have explored amazing features like how users can bring photos on iPhone/iPad using Siri and how they can enable low power mode on iPhone Using Siri & 3D Touch.

Now, we have got another cooler feature of Siri, with which you can get Siri to read webpages. Isn’t it awesome when you don’t want to read anything but just to listen to some text/content? This feature comes handy especially while you are browsing a content-rich website. Instead of giving your eyes any stress, listen to the content sitting in your armchair. Moreover, there are times when listening to content is more comfortable than reading it – driving, taking a bath or cooking in the kitchen are times when you are unable to read content.

How to Get Siri to Read Webpages, Emails, Articles etc. on iPhone and iPad 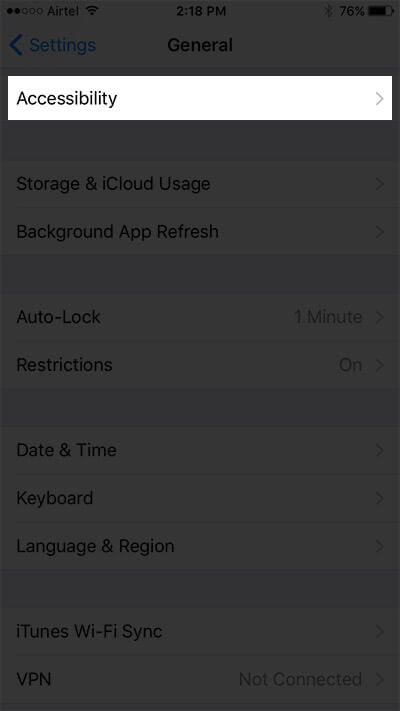 Step #3. Tap on Speech, which is under VISION section. 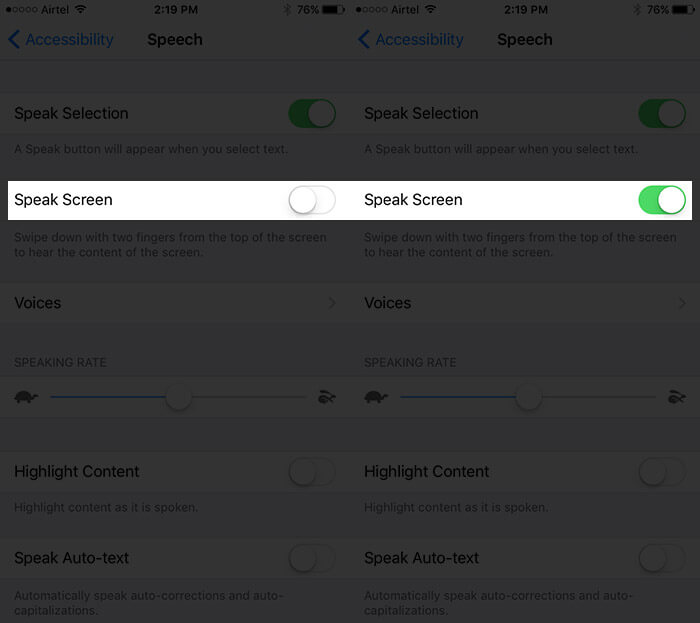 Step #6. Place your two fingers on the search bar and swipe down. 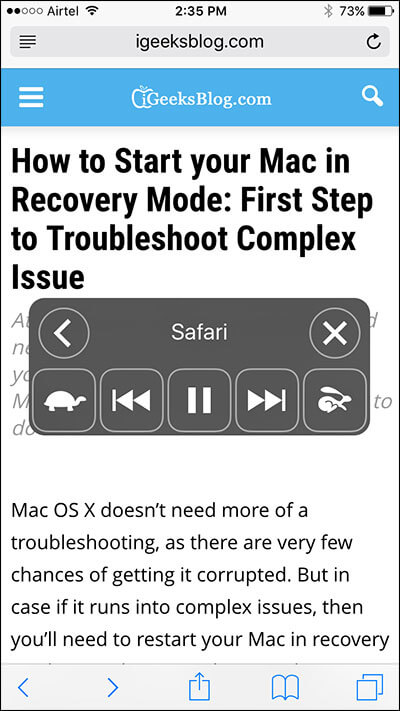 This will invoke Siri and a Speak Screen box will appear on the screen; it will automatically read entire web page including advertisements. You can make Siri read content faster or slower by using Turtle and Hare symbol on Speak Screen box. 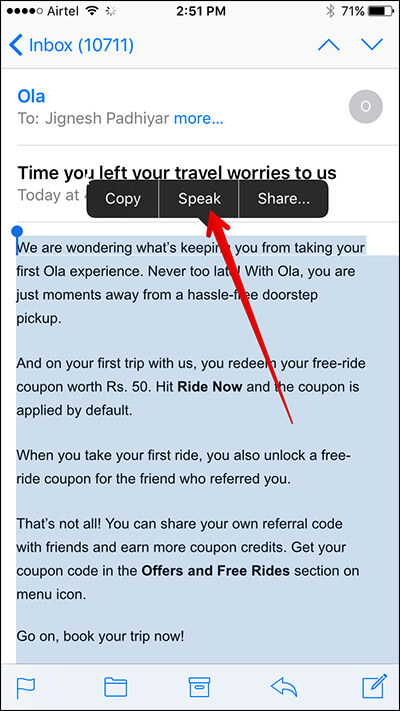