How to Close Apps on iPhone and iPad

We all run into times when an app freezes or stops responding. So you might need to force close apps on your iPhone and iPad to fix such issues. Just like on Apple Watch, close an app completely so that when you open it again, it starts afresh rather than resuming from where you left off. When this happens, any temporary issues you might have encountered automatically get resolved. So let’s see the process to follow on different models of iPhones and iPads.


Step #1. Swipe up from the gesture area at the bottom of the screen and keep your finger in place until you see the multitasking interface. 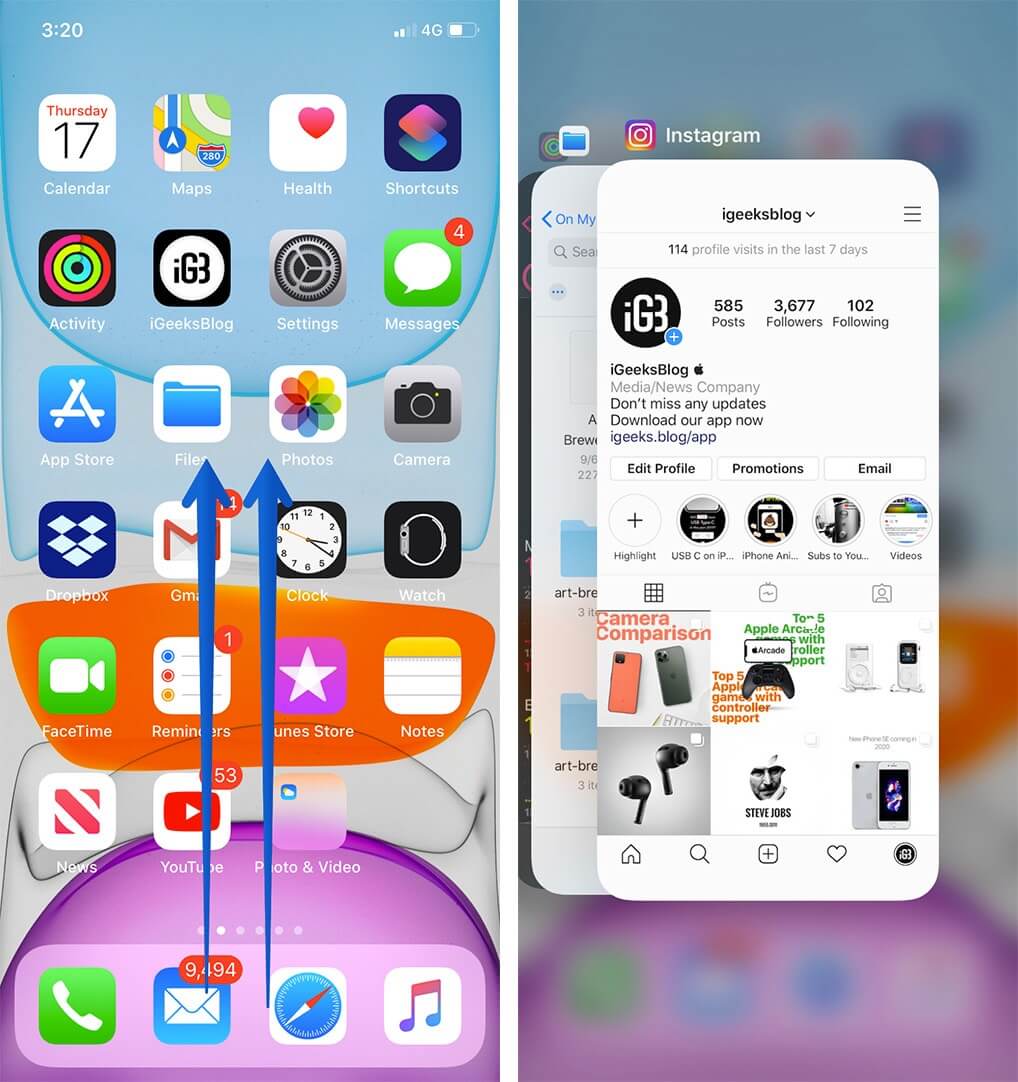 Step #2. Swipe right or left to find the app that you want to force quit.

Step #3. To force close the app, flick upwards on the app. 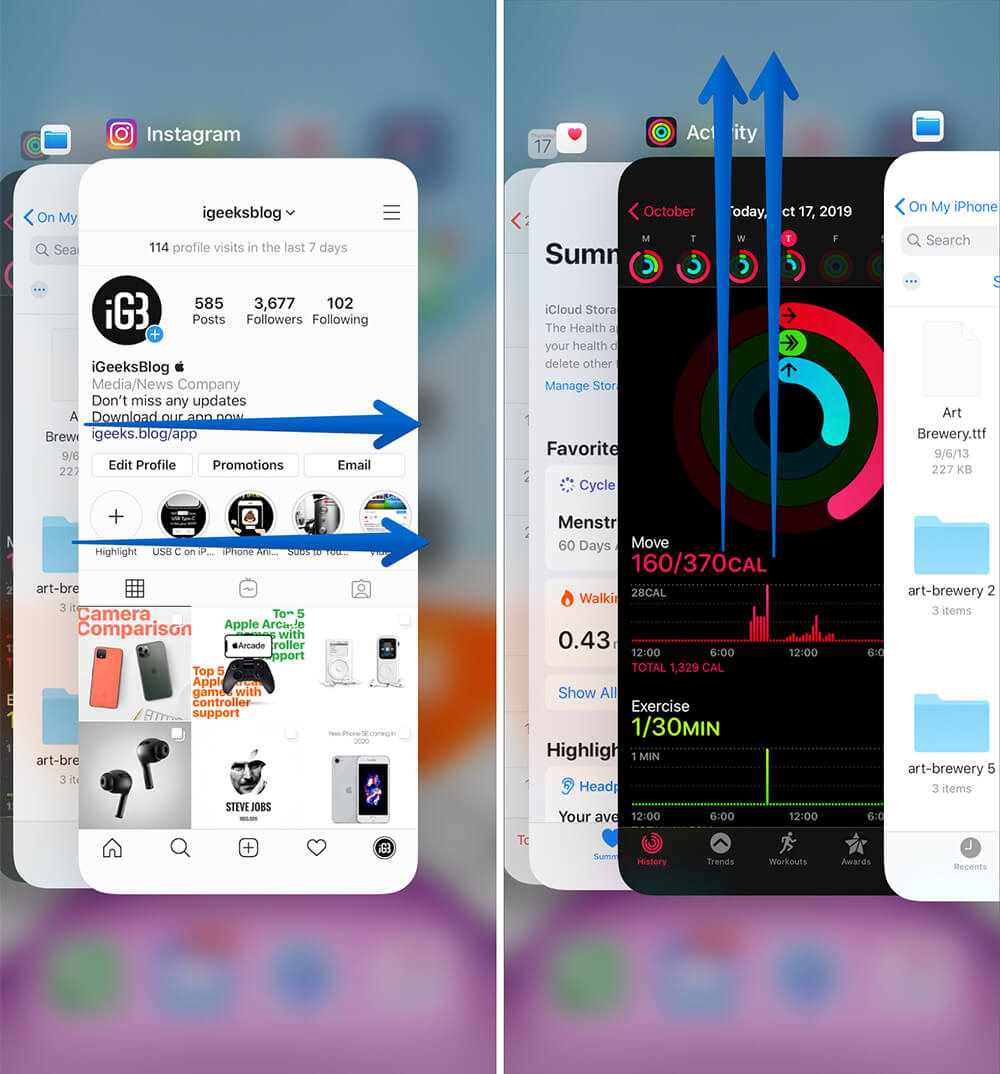 Step #1. Double-tap on the Home button to display the fast app switcher.

Step #2. Now, go to the app screen that you want to force quit and flick up to push it off the screen. 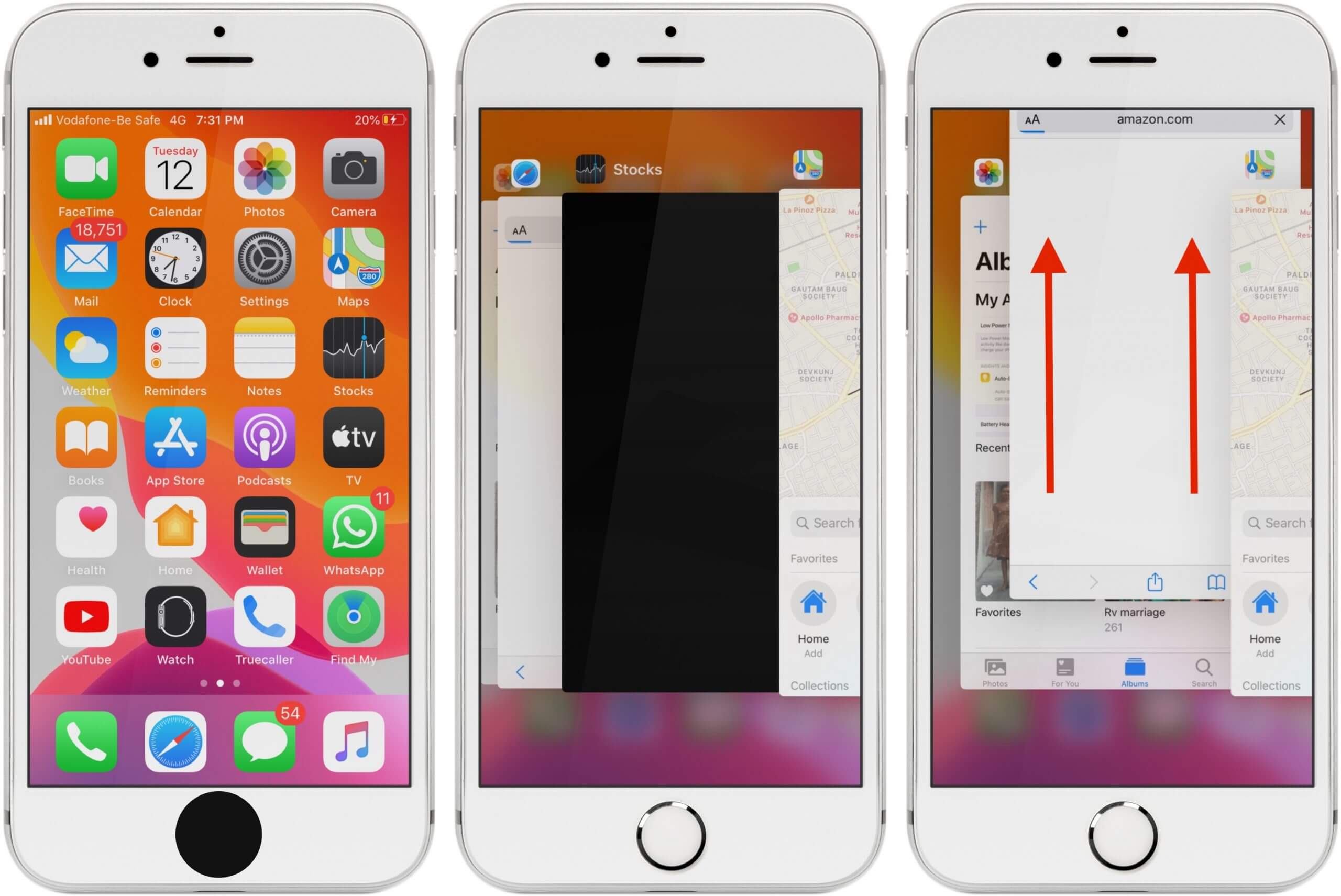 How to Force Quit App on iPad with Face ID

If your iPad Pro has Face ID (running iOS 12, iPadOS 13, or higher), you can force quit apps as follows:

Step #1. Swipe up from the bottom of the screen to the middle area. Hold your finger in place for a second and then let go.

Step #2. You will see all the previously opened apps displayed in a grid. Simply swipe up on the ones you want to force close.

How to Force Close App on iPad with Home button

If you have an iPad with a physical Home button, just double-tap it to open the App Switcher. Then, you can flick upwards on the apps that you want to force quit.

Alternatively, if your iPad with a home button is running iOS 12 (or iPadOS 14/13), you can also swipe up from the bottom of the screen to display the App Switcher and flick off the apps you want to force close.

It’s pretty simple to force quit apps on iPhone and iPad. But you should only do it when you really need to. That is when an app freezes or doesn’t respond. There is no need to force close apps on a habitual basis as iOS is built to handle them in the background. Let us know in the comments below if you’re looking for any other iOS tips.