How to Create and Use Text Shortcuts on iPhone and iPad

You are working on a major project and just doesn’t have much time to respond to a lengthy message of your girlfriend. Wouldn’t you want to have a better way to quickly type out a short message to ensure your work doesn’t have any interruption? Yes, you would certainly like to do it in order that your beloved gets the timely response. That’s why it’s better to create and use text shortcut on iPhone and iPad to type out any phrase fast.

It doesn’t take much time to create the shortcut of any phrase. Depending on your need, you can create as many shortcuts as you would want and keep them ever ready to unleash them when you don’t have much time to indulge in a lengthy conversation. Let’s head over to check out how it works!

How to Create Text Shortcuts on iPhone and iPad 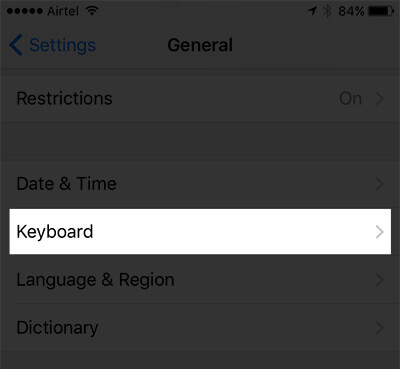 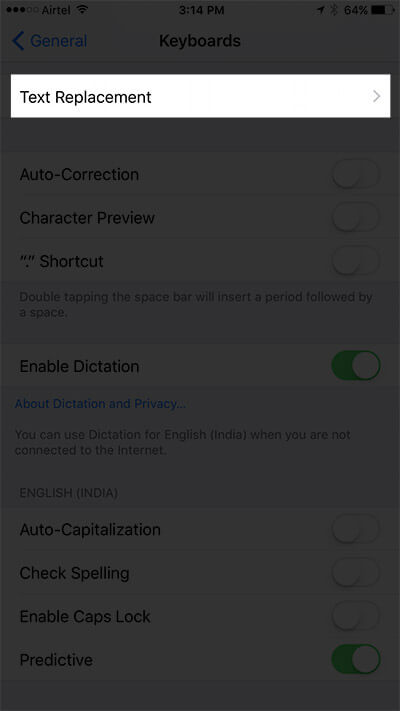 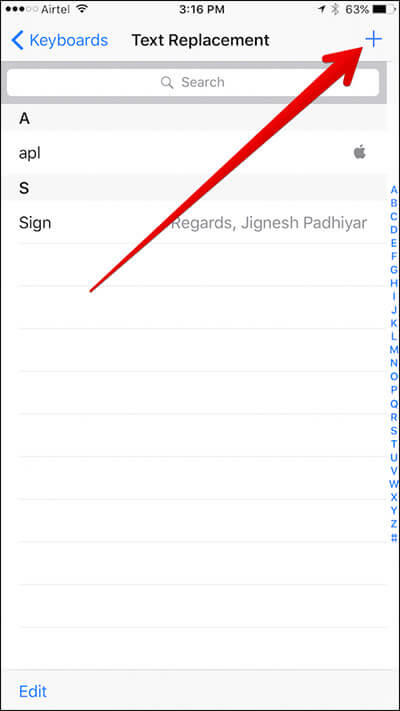 Step #5. Now, write the phrase which you want to use. As for instance, call me later. Then, write its shortcut. For instance, cml. Once you are done, tap on the Save button at the top right corner. 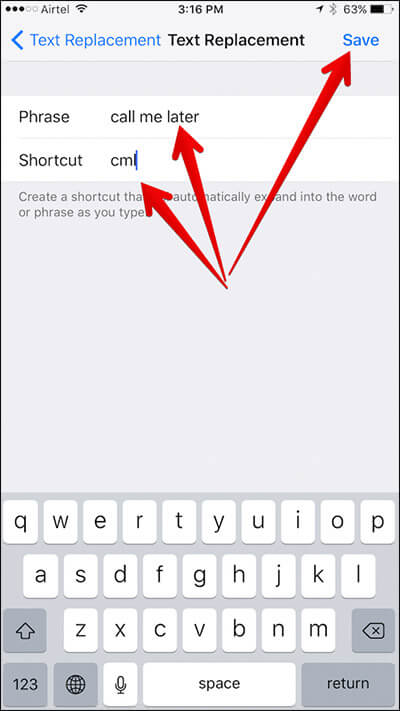 How to Use Text Shortcuts on iPhone and iPad

Step #1. Open any app where you can access the QuickType keyboard. In this text, I’m going to open Messages app.

Step #2. Now, type the shortcut which you have created.

Step #3. The corresponding phrase will appear in the predictive bar. Tap on it and send it as usual. 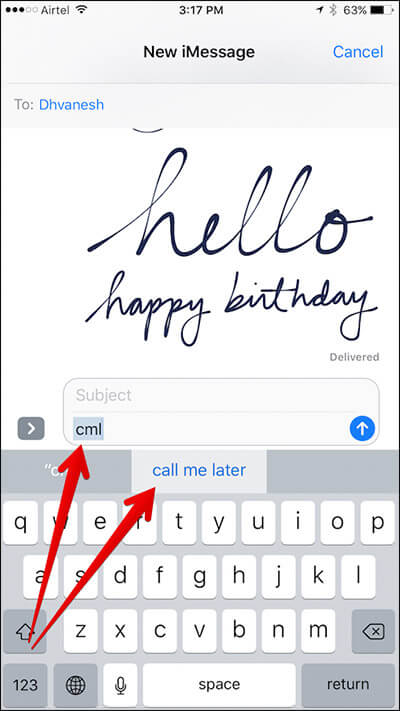 How to Edit Text Shortcuts on iPhone and iPad

Step #2. Tap on the text shortcut you want to edit. 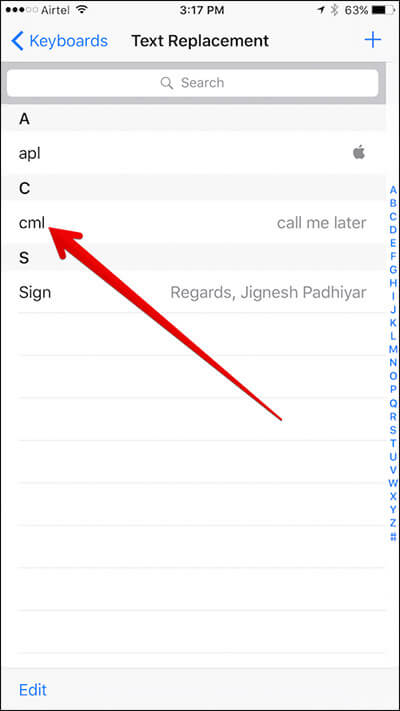 Step #3. Change the phrase and its shortcut as desired. Make sure to tap on Save at the top right corner to confirm the change. 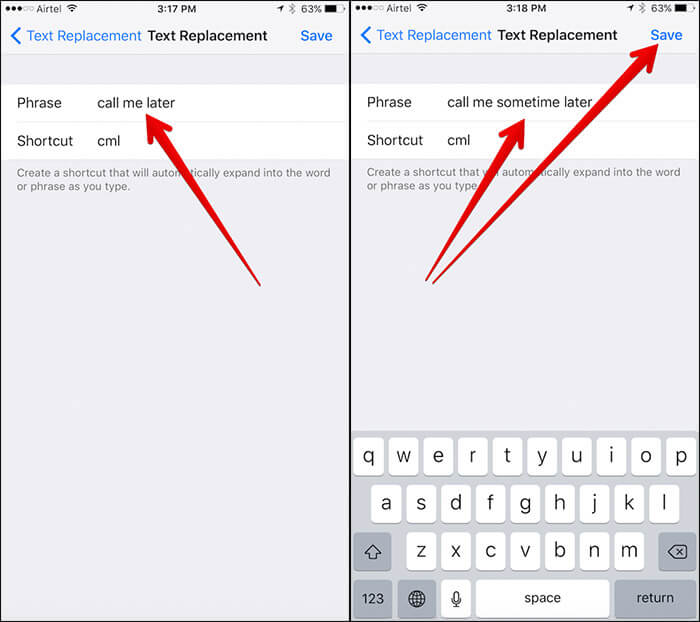 How to Delete Text Shortcuts on iPhone and iPad

Step #2. Tap on Edit button at the bottom left corner of the screen. 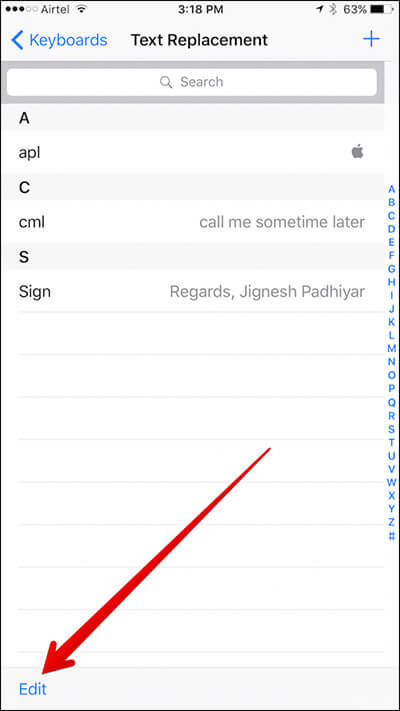 Step #3. Tap on the red button right before the shortcut you want to remove. Then, tap on Delete button → Tap on Done at the bottom left corner to confirm. 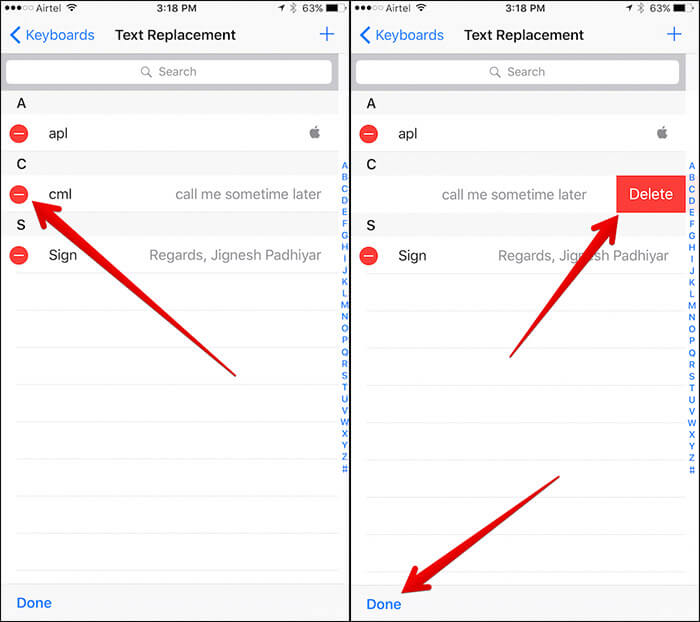 Create multiple text shortcuts to send any message on your iOS device. It’s very helpful especially when you are too busy to spend a lot of time to write a lengthy message.

You would really like to read these equally interesting posts such as how to convert text into emojis, how to use QuickType keyboard, how to setup and use multilingual typing and best third-party keyboard apps for iPhone and iPad.

Have any feedback? Do let us know that in the comment box.