Why Apple’s App Store is Charging 30% Fees and How is it Justified?

Many consumers avoid buying Apple products for the simple reason of high prices of iPhones, iPads, and Macs. On the other hand, some people appreciate Apple’s privacy policy and security features, and therefore, they are ready to purchase Apple products at any price.

Apple has treated all its revenue channels with its signature equality. Since the App Store is part of the Apple ecosystem, the company provides the same experience to developers and users as it does with its line of products/services.

Currently, an argument is going around that Apple should cut the commission rate it levies upon the paid apps and in-app purchases. The current commission rate is 30% and app developers are asking to reduce it to 15%.

However, a user has come forward in defense of this argument and he seems to have presented some valid reasons to justify 30% App Store commission rate charged by Apple.

On his Twitter handle, a user, grork explained what Apple does for app developers. 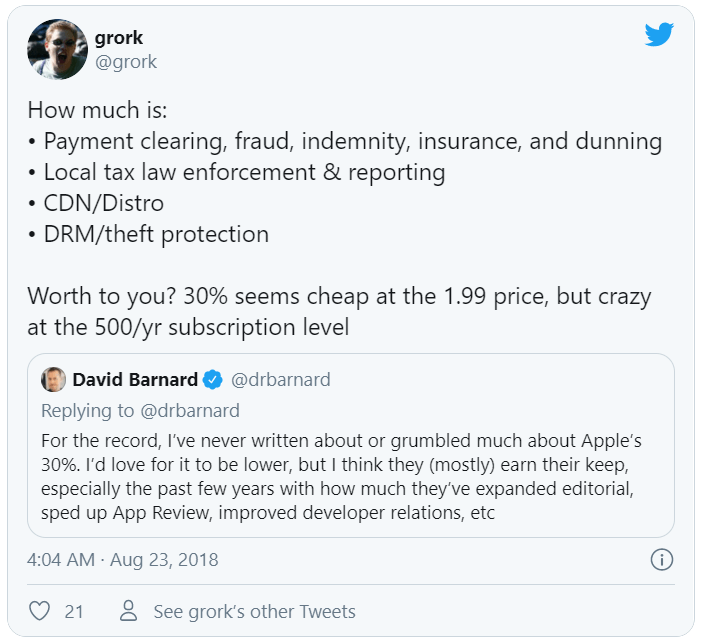 To save users from downloading fraud apps, Apple does the vigilant checking of apps. It is not that easy to upload iOS apps on the App Store. Unlike Play Store, Apple has put some restrictions so that developers cannot do any fraud. Moreover, Apple’s payment clearance is smooth.

Those who are not familiar with the dunning process, it is a communication that Apple does with developers and app users. A more serious form of communication (which includes threatening calls, letters, and emails) can invite lawful actions against the company as each country has different laws regarding dunning.

As mentioned above, each country has different regulations for ePayments. Apple deals with multiple legal issues to communicate with users in all countries. Remember, Apple has to sell apps in different currencies based on the tax law enforcement of the respective countries. For example, a paid app in the US is available at $0.99 and the same app in Canada is available at $1.29.

Apple has to calculate the price including taxes of the countries, where its App Store is available. 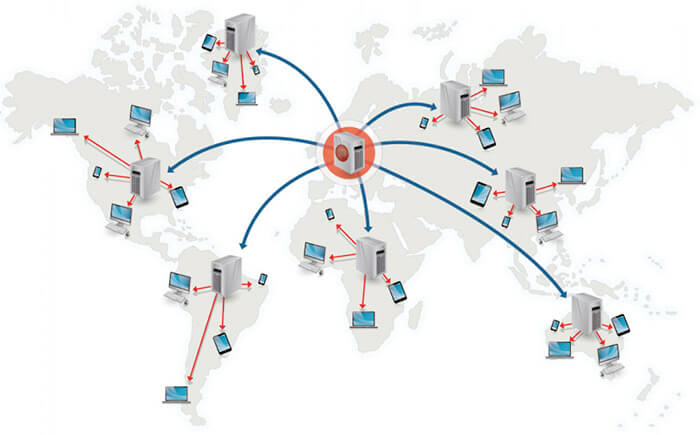 Apple has to manage CDN for geographical locations. There are proxy servers and data centers included distributing apps of developers.

Your app is your copyrighted work, and therefore, Apple takes care of your work with its Digital rights management.

When it comes to security and privacy, Apple doesn’t make any compromise, as the two have become selling points for the company to sell its services and products.

To maintain its image as a better product and service provider, Apple has to make some expenses. The developer in his Tweet has rightly justified commission rate Apple charges on apps.