People like making friends on Facebook. Some Facebook users even wish to have more friends than anyone else just to show how popular they are on this social site. After all, who doesn’t want to have thousands of friends! However, there are many occasions you have to unfriend or completely block a Facebook friend due to personal reasons.

Should you wish to block or unfriend people on iPhone or iPad, here is how you can do so. But before you move on with the process, you should know the subtle difference between blocking and unfriend people in Facebook.

Most Facebook users may not be able to distinguish between Unfriend and Block as both slightly sound to do similar function. However, they do have a lot of difference.

How to Block People in Facebook On iPhone or iPad

Step #2. Tap on More from the bottom right corner.

Step #3. Scroll down and tap on Settings under Settings. 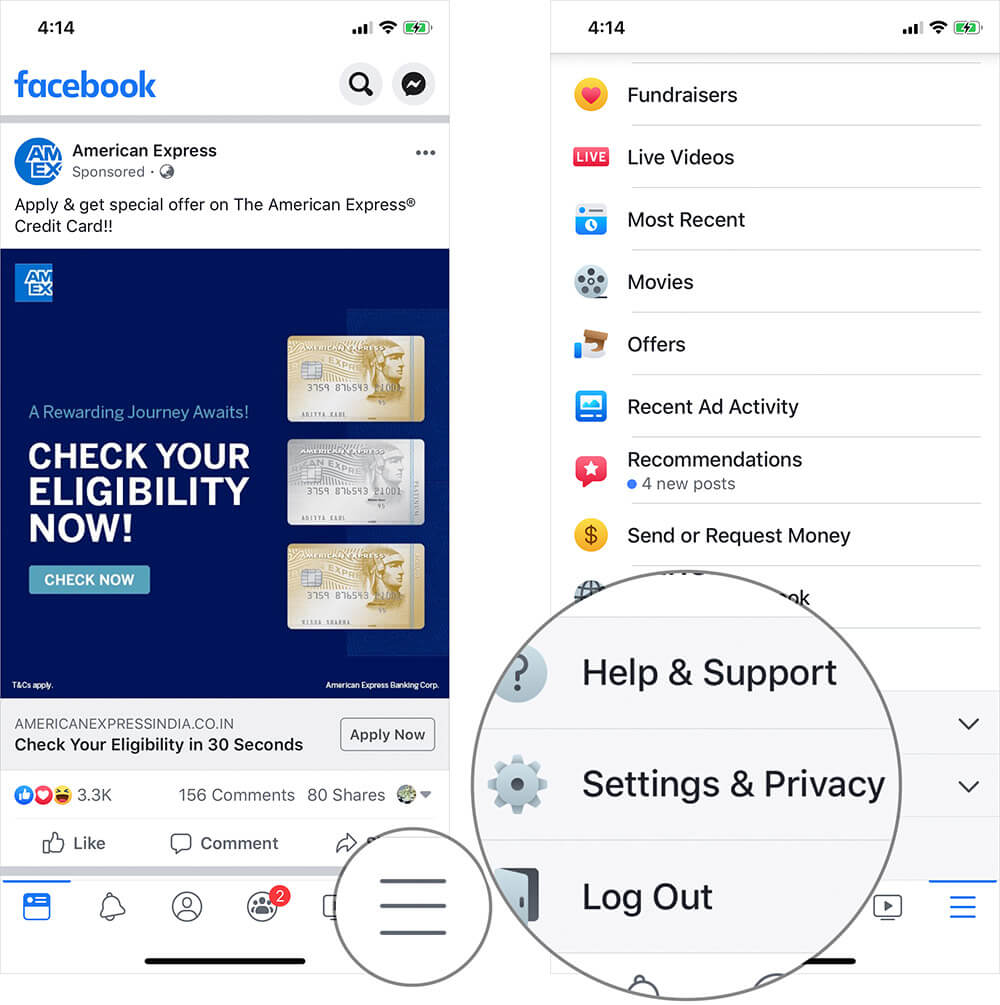 Step #5. Enter the name or the email of the person you want to block.

That’s done! In the event that you wish to change your mind and want to unblock this person, you will see his/her name right here under Blocked users. Then you can tap on Unblock in front of his name to allow him to be your friend again.

Here is how you can unfriend a Facebook friend, if you don’t want to completely block him. Remember, the person can still see your profile, view your photos and even send your friend request.

Step #2. Tap on More from the bottom right corner.

Step #3. Tap on Friends under Favorites.

Step #4. Search the friend you want to unfriend and tap on Friends.