HomePod: Everything You Need to Know About Apple’s Smart Speaker

By now, many of you would have been swayed by HomePod and already lined up to embrace the speaker. But if you are still waiting to get across the decision, you must take a quick look at these important things – including the deal breakers!

The verdict is out. HomePod has impressed one and all and set to take the smart speaker industry by the storm. But has it got enough to fit your specific needs? You will have to dive a bit deeper to get that answer. (and just in case, you wish to check out the best HomePod alternatives before going for the kill, jump over here.) 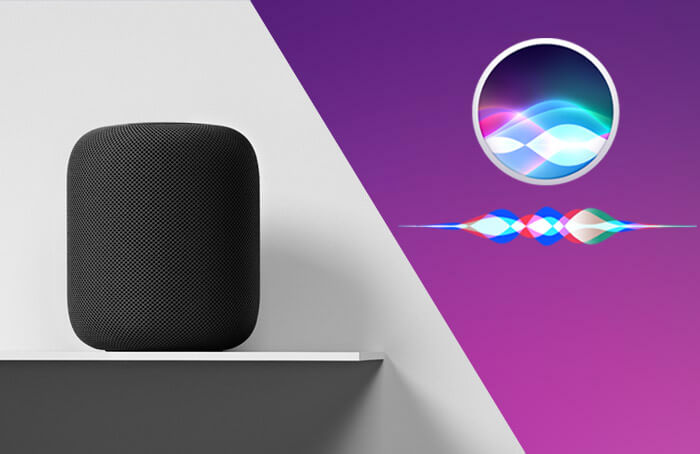 Everything You Need to Know About HomePod

What’s the Magic Behind HomePod?

Apple’s smart speaker comes with the six-microphone array, a seven-tweeter beam-forming array, a high-excursion woofer with a modified amplifier and a 20 mm diaphragm.

It also features an advanced algorithm that analyzes the music and adjusts the levels accordingly to offer better sound output.

Thanks to Apple’s A8 chip (the same brains found in iPhone 6), streaming music is pretty fast and smooth-sailing!

Can I Control Apple Music and Spotify using HomePod?

Currently, HomePod lets you control only Apple Music with your voice. For Spotify, Pandora and other music streaming services, you will have to use AirPlay from your iPhone.

Important features like home theatre stereo pairing and multi-room audio are expected to arrive later this year. So, if you are charmed by the awesome stereo sound, you will have to wait for sometime before you will be able to embrace it.

What the Tech World Says about HomePod’s Sound Quality?

The sound quality of HomePod is described by many as “magical” and “fantastic.” Apple’s smart speaker has a clear edge over Google Home Max and Amazon Echo as far as sound quality is concerned.

“Ultimately, my initial impression is that the HomePod sounds very good for the type of speaker it is and it certainly stacks up well against the competition — some of it less expensive, some of it more. But like all speakers, it has its limitations and the HomePod left me wanting for true stereo sound. Which is probably why the only time I got truly jazzed during the demo was when they paired the two HomePods together and delivered some real separation.” – CNET

“There’s little question here that the HomePod is a speaker first, smart second, bucking the trend of the earliest Echo and Google Home devices. Apple’s engineers were able to get a lot of rich and full sound out of that little footprint. The speaker is particularly adept as isolating vocals and maintaining often muddled aural aspects, like background singers and audience sounds in live recordings.” – TechCrunch

“First up on our demo is Ariana Grande’s Side to Side. What becomes immediately apparent is the formidable bass the HomePod kicks out. What’s more, the sound remains constant as you walk around the room, no doubt thanks to those beam-forming tweeters. The vocals are clear as a bell, too.

It’s not all good news, however. There is a distinct lack of mid-range, leaving you feeling that something is missing in the mix.” – Wired

“OK, yes, the HomePod sounds great. After spending a good chunk of the afternoon with Apple’s new Siri-controlled speaker, listening to tunes in the company’s tony Tribeca apartment meeting space, I’m more convinced than ever that Apple has built an aural triumph in its initial entry to the “smart speaker” space.” – Mashable

“Apple is positioning the HomePod as a speaker first, with smarts second. We listened to songs from various genres ranging from Ed Sheeran’s “Shape of You,” Ariana Grande’s “Side to side,” “Let it go” from the movie Frozen, Tom Petty’s “I won’t back down,” and the Eagles’ “Hotel California.” The HomePod sounds great, and easily fills the room even with the volume at only 65 percent.” – Digital Trends

One of the most talked about features of HomePod is “Spatial Awareness”. This advanced features enables the speaker to be aware of your room’s layout and helps it adjust its audio output accordingly. For instance, if you have placed the speaker in the center of your room, it will perfectly adjust the sound to provide clear sound from all the corners of the room.

How Does Siri Work on HomePod?

If you have used Siri on your iOS device, you already know how it’s going to perform on the speaker. From letting you play music, reading news, control HomeKit-enabled devices to make and receive calls and messages, Apple’s intelligent personal assistant has got plenty to live up to your demand.

The voice assistant learns your interest and the type of music you enjoy listening. Hence, it suggests songs that instantly set you on fire or appeal to your soul. Moreover, the data is transferred to your iOS device to offer the seamless experience.

How does Siri Stack Up Against Alexa and Google Assistant?

I really appreciate Apple’s effort to make Siri as competitive as other virtual assistants. And truth be told, it has become far better now. However, I’m afraid, it may not be as efficient as Alexa and Google Assistant—at least for now.

Based on my personal experience, I have found Siri to be somewhat limited as compared with its rivals. For instance, it’s not able to tell your voice apart from others and can’t read your step-by-step instructions of recipes.

I do expect Siri to get smarter with the future updates and be as intelligent as its counterparts.

Is your recorded audio safe?

Apple has given more emphasis on privacy. Though Siri is always listening locally, audio is not recorded until it hears the phrase. Moreover, all of your requests are encrypted before it reaches Apple. So, you have desired privacy, and this is what makes the smart speaker stand out from the rest.

Apart from a single power cable, the speaker doesn’t feature any other input/output ports. It’s pretty much in line with company’s efforts to slowly get rid of wired connections from its product lineups.

Does HomePod have Bluetooth?

Yes, HomePod does have Bluetooth 5.0. However, you can’t use it as a Bluetooth speaker—at least for now.

Can I Connect HomePod to My TV, Android Device or Game Console?

Will HomePod Work with Apple TV?

Obviously, HomePod can work with Apple TV and all the AirPlay compatible devices.

Thanks to the AirPlay 2 compatibility, you can beam music to the speaker from your iPhone, iPad, Mac, and Apple TV.

Will my iPhone, iPad, and iPod Touch work with the speaker?

HomePod is compatible with iPhone 5s, 5th-generation iPad, iPad mini 2, first-generation iPad Air, and all the models of iPad Pro. Moreover, it also supports the sixth-generation iPod Touch. Your device must be running iOS 11.2.5 or later.

Thanks largely to the newly introduced proximity-based setup system, setting up HomePod is dead simple.

Sorry, HomePod lacks the built-in battery. This handsome guy is too robust to run on a small battery. Hence, you will need to provide it direct power from an outlet.

HomePod features a good-looking mesh fabric that helps it ideally get along with any home décor. It’s available in white or space gray.

What’s the Price? Is It Available in My Country?

As of now, HomePod is available only in USA, UK, and Australia. It’s priced $349 in the USA, $449 in Australia and £319 in the UK. The smart speaker is expected to be available in France and Germany this spring.

Is AppleCare+ available for HomePod?

The company offers AppleCare+ for HomePod as well. It’s priced at $39 and extends warranty coverage for the speaker from one year to two years along with the two years of telephone support. It offers support for two incidents of accidental damage.

If you are your planning to buy the smart speaker or have already pre-ordered it, share your valuable feedback about it and the features that have charmed you. In case you are going to Google Home, Amazon Echo or Sonos One, let us know your reason to choose that particular speaker.