While there are a few song recognizer apps for iPhones out there, very few apps can recognize a song if the user is humming it. Thankfully, with the magic of technology and AI, you can now find out the name of the song that’s been stuck in your head for hours on end!

In fact, the way that AI works is quite ingenious. It takes your humming waveform for the elusive song (small snippets only) and compares it to similar waveforms on the database. Of course, it doesn’t have to be completely on point, but it helps if you are audible and clear when you’re humming the song. So, I’ve listed the iPhone apps that will help you recognize a song by humming its tune or lyrics.

When it comes to apps that recognize songs, especially for Apple products, very few will be as compatible and accurate as Siri. Apple has done a magnificent job on its end with the programming for its resident AI assistant, ensuring that Siri can help you in pretty much every way possible.

However, there’s a small catch. Siri itself isn’t responsible for recognizing the song that you’re humming. When you tap on your phone’s Home button and ask Siri to recognize the song, it’ll often use a third-party app called Shazam. The reason for this is that Shazam has one of the largest databases of sound waveforms in the world.

Shazam was one of the companies Apple acquired for roughly $400 million in 2018. Siri now uses this app for recognizing songs. Even though Siri isn’t directly identifying a song for you, it’s good to know that Apple has ensured this service with all of its products. 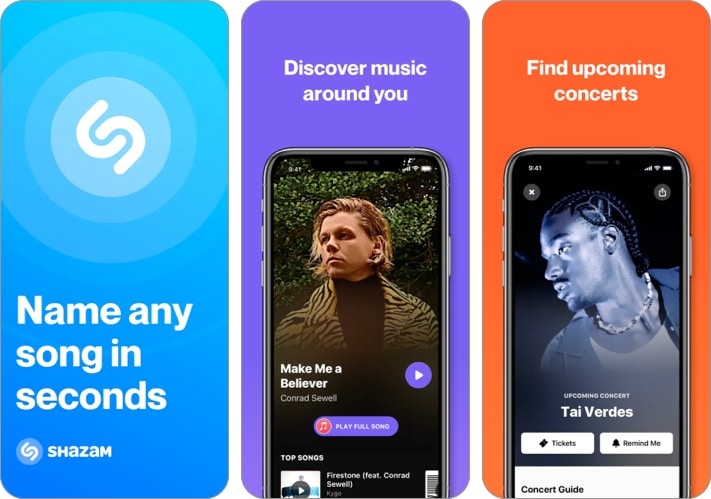 If Siri using Shazam isn’t your cup of coffee, you could always download the Shazam app directly onto your iPhone. This is one of the best apps to identify songs by humming and also to keep track of your song recognition history.

Moreover, it’s exceptionally useful in other scenarios too, such as at a party or supermarket, where you want to know the name of the song playing over the speakers. That’s not all – the app can also identify advertisements, movies, and television shows just by hearing the sound. Considering its utility, you can understand why Apple was so adamant about acquiring the app in 2018.

Using the app is pretty easy too. When you’re humming a song or having a song played in the background, just open the app and tap on the icon in the middle of the screen. In a few seconds, you should have the name of the app at your fingertips!

After the song has been identified, you’ll also be provided with links to the song on Spotify, YouTube, and iTunes. However, the only issue with the app at the moment is that it needs to expand its Asian music database. 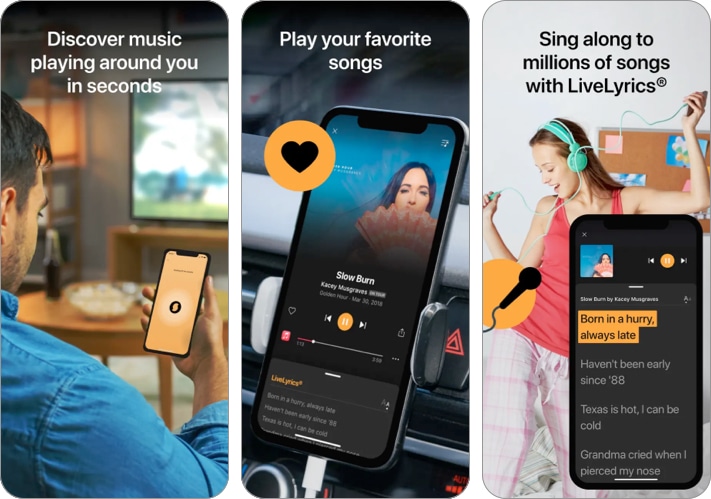 If there is any app that gives Shazam stiff competition, it’s SoundHound. The app was first developed in 2005 and since then has become one of the biggest music discovery apps in the world. You’ll find plenty of music aficionados debating on which app is better – Soundhound or Shazam!

However, one area where SoundHound stands out is the Apple Watch integration. The Apple Watch version of the app can help you identify music quicker and also provides LiveLyrics.

Apart from this, the app provides complete Apple Music and Spotify integration as well. You’ll be able to explore across genres and diversify your music taste with immaculate ease. In case you don’t have Apple Music or Spotify subscriptions, SoundHound also has a free built-in YouTube player that you can use to listen to newly identified music.

You can also save all your recently searched tracks for easier picking later on. Moreover, as an enthusiast listener, the artists/songs also have their biographies provided on the app. Overall, SoundHound provides a holistic listening and music discovery experience. 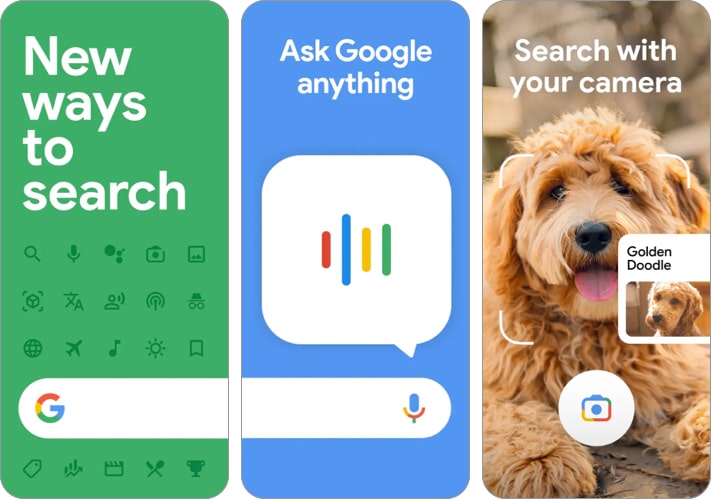 If you’re looking for a free app that identifies songs, you don’t really have to look much further than the Google App on your phone. On October 15, 2020, Google added an update to its database that allowed Google Assistant to identify songs. Of course, it’s been a while since then, and most updated smartphones have this feature through Google.

To use the app and this “searching by humming” feature, you’ll have to open the Google app. After opening the app, you’ll find the Mic button in the middle of the screen. Tap on this and then select the “Search a song” option at the bottom of the box. After this, hum your favorite tune or play a song. The app will ‘listen’ to the waveforms and run a comparative analysis. After this, it should provide you with an accurate answer.

While it’s nice to see that Google has added this feature to the Search bar, the database will need constant updates. The results of this Search or Listen feature aren’t always accurate. In fact, the accuracy is far lower than that of other music identification or music discovery apps. Considering this, I’d recommend the app as an experiment or as a backup option!

As you can see, there aren’t too many decent song-recognizer apps out there. However, with the likes of Shazam and SoundHound, as well as Apple’s Siri, the competition for any new app in this space is pretty tough. If a new app were to enter this space, it’ll either need to have the largest database or provide some extra features that these apps don’t provide yet. Do let me know in the comments if you know other apps that recognize songs!

Author
Anirban
Anirban is a literature post-grad who delves in philosophy and postmodern novels when not writing on tech and gaming. His love for research is only trumped by his love for chai and heavy metal.