Over the years, the native and third-party iOS keyboards have enveloped some fantastic features such as QuickPath swipe, auto-correct, word suggestion, etc. to make input easier. However, they all are somehow stuck in the same form factor. The Typewise Keyboard PRO iOS app is one of the few apps that dare to step outside the set boundaries of mobile keyboards.

Specially designed for smartphones, it sports honeycomb-shaped keys that lend a bigger surface than a regular QWERTY keyboard. Let’s take a deep dive…


Most iOS keyboards take inspiration from the 140-year-old mechanical typewriter layout. They are great for ten-finger typing, but when employed on a smaller touch screen, there are some apparent issues.

Most notably, the typos harass and embarrass us from time to time. According to a study by Cambridge University and well quoted by the app developers, 1 out of 5 words is misspelled.

Normally, users use their thumbs to operate a virtual mobile keyboard. Understanding that, Typewise devises a unique keyboard with hexagonal keys. The whole honeycomb structure is based around two smartly positioned space keys. 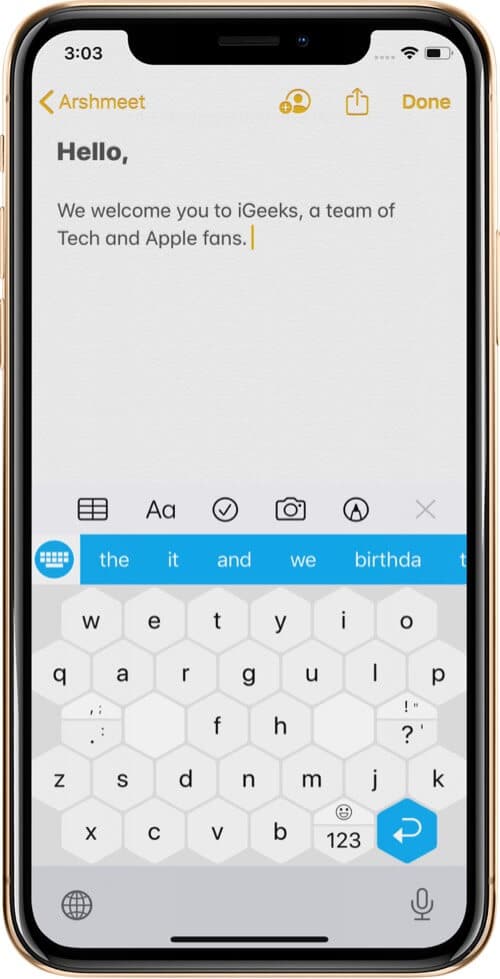 This makes all the keys easily accessible for both thumbs. Thanks to the design, you are privy to bigger keys, better two-finger optimization along with fun swipe gestures.

During its development and Kickstarter stage, the app was dubbed as WRIO Keyboard. At the time, it gained much traction from both US and international market. Along with grabbing the third spot on German App Store, WRIO was also amongst the most downloaded app in Switzerland.

In theory, the Typewise Keyboard PRO makes perfect sense. On top of it, the interface is super simple and comes with an all-encompassing tutorial as well.

The only hiccup is leaving our old typing habit and getting used to this new input method. After all, the keyboard doesn’t have a backspace or change-case key. But it has something better, gesture recognition!

To delete a mistake, all you need is a soft backward swipe. What’s more, you can even redo, swipe forward! And to change the case, just tap on the alphabet with a slight upward motion.

Similarly, accessing the special characters, accents, numeric, or emoji keyboard is just a gesture away. Trust me, even I was apprehensive at first. But all I needed was some practice to master Typewise, and all was smooth sailing from then onwards. 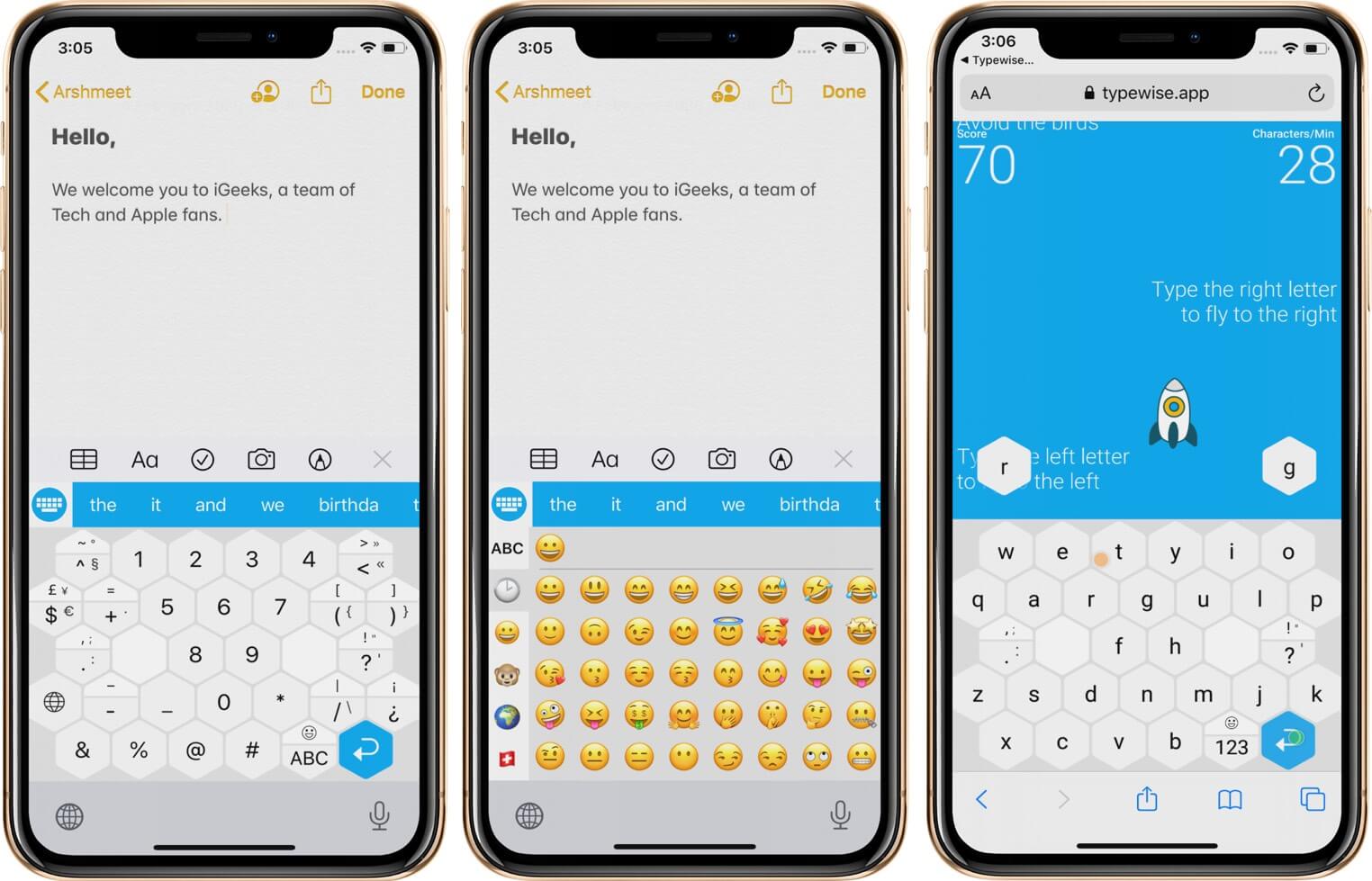 To make things smoother, the developers have also included an interactive game. So you can get the hang while having some fun! And then there are a bunch of features that make the app all the more special.

For starters, if you do not like the hexagonal setting, you can switch to the traditional layout in a jiffy. Then, you have access to over 40 languages and set custom accents as per your choice. 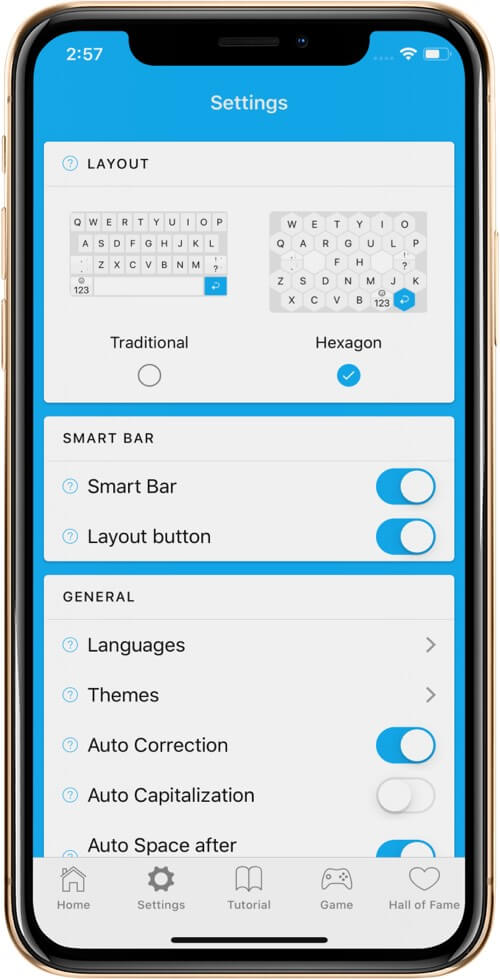 The customization does not end here; you can even create text replacements to speed up your typing. And whether you like a flashy or a dark themed keyboard, there’s an option for that as well. 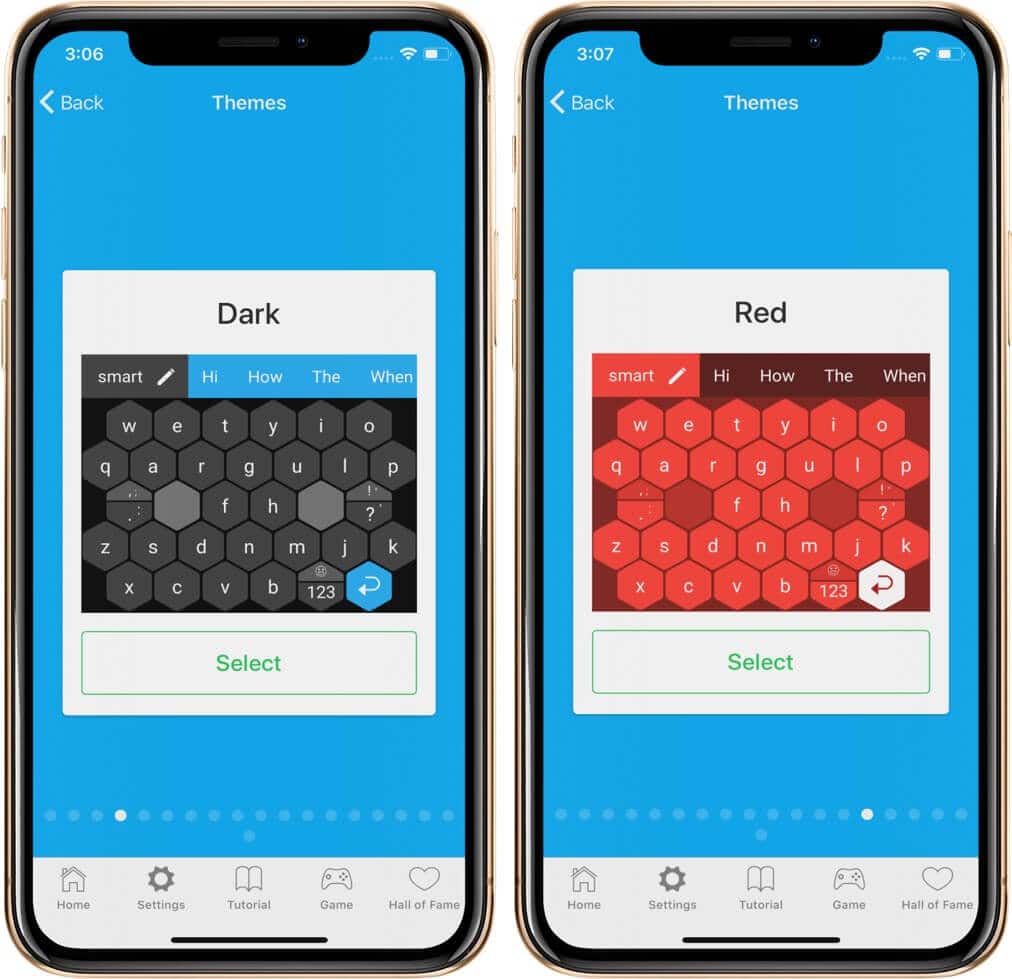 Of course, there is an auto-correction! And there is a swipe gesture to undo the auto-corrected words as well. But a notable feature is that the keyboard learns from your typing history and learns your way of typing.

Thankfully, over time it wouldn’t miscorrect words it does not recognize. Additionally, you can also enable a tablet mode for your iPads, that will set the keyboard according to the bigger screen space.

In the list of features, this one stands out! Typewise offers 100% privacy; the app runs locally and does not store or transmit data to the iCloud.

Moreover, where other keyboards demand “full access,” Typewise does not ask you to share your information. So the app does not have permission to access your calendar, contacts, files, or GPS location. 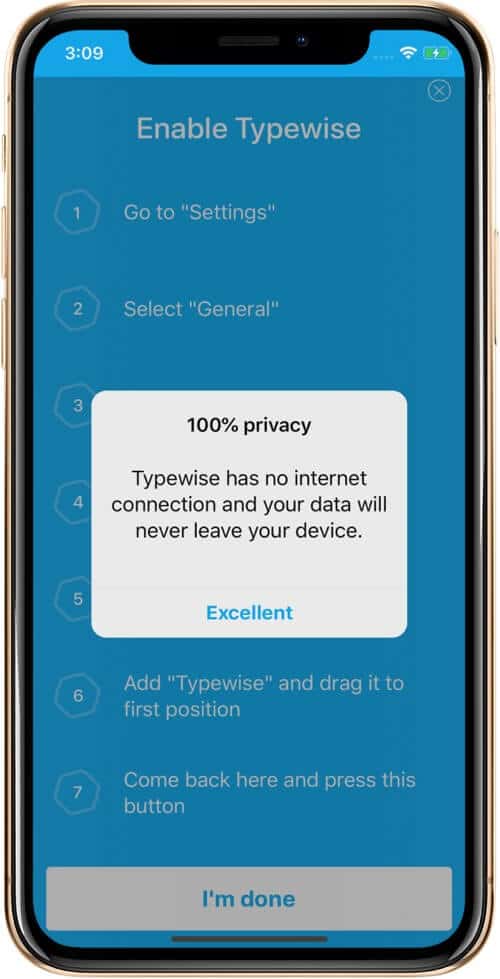 However, there is a flip side to the setting; since my data is not on a cloud, it cannot be transferred or synced across multiple devices. So, if I use an iPhone and iPad, both will have different data, and it won’t be able to complete my sentences like other third-party iOS keyboard apps might have done.

In totality, Typewise is a great keyboard. After you get used to it, it indeed speeds up and reduces typos for the most part. I particularly miss having a swipe to type option though!

Moreover, since I regularly switch between devices, I feel the lack of a secure data transferring method. I don’t want to waste time for the keyboard to get accustomed to my typing style, and do that all over again sometime later.

While I loved the privacy feature, there should be a protective way to get the best of both worlds! So sending it to the universe, maybe the next update could include these features. Till then I am enjoying the new method of input, what about you?

The price of the Typewise Pro Lifetime is $24.99. However, the standard version of the app is also Available for free for both iOS and Android so that you can experience it before making purchasing decision.

That’s all for now!!

Did you find the app amazing or lacking? Do let us know your thoughts in the comment section below. I will see you next time. Meanwhile, you can enjoy these links: