Best Alternative to Pokémon Go for iPhone and iPad in 2021

Launched in 2016, Pokémon Go was an instant hit and continues to attract many gamers. However, if your hunger for catching Pokémon has calmed down a bit, here are some of the best Pokémon Go Alternatives for iPhone and iPad users. Augmented-reality is a promising technology that has the capability of bringing monumental changes in how we do certain things.

For instance, Google Maps has incorporated Live View to help you find your destination. As for the gaming industry, augmented-reality games are the next big thing, as you can see from the list below. 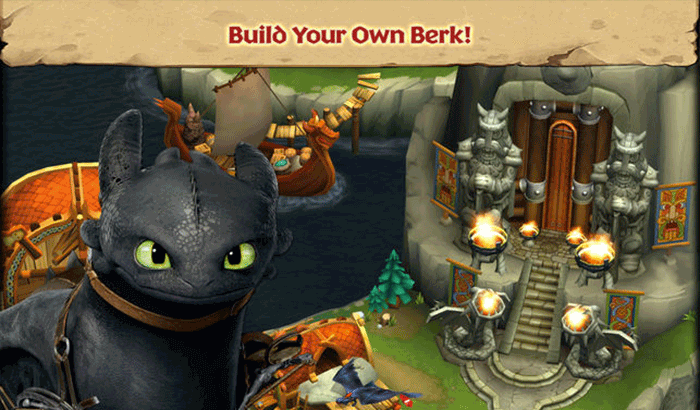 With this wonderful game, you will get a chance to discover DreamWorks Dragons from the movies like Toothless, Stormfly, Hookfang, and Skullcrusher. There are 350 different Dragon species including deadly nadders, monstrous nightmares, and typhoomerangs. You need to rescue, hatch and train DreamWorks dragons to help you win the battles.

Defend your village from the mysterious strangers who are hell-bent on destroying the peace on Berk. The future of your island is in your hand; hence put all your might and wisdom to defeat the strangers. 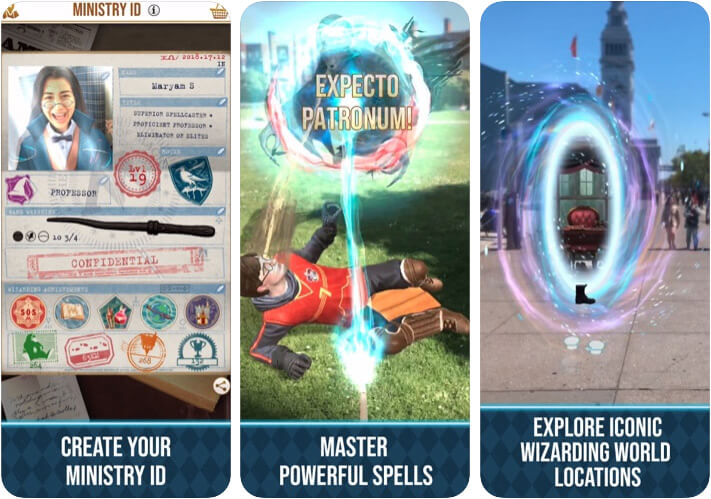 The makers of Pokémon GO now brings the enchanted world of Harry Potter to your handheld devices. You start by choosing your wands, wizarding house, and a profession. Filled with anecdotes, the game beautifully bridges the real world with the wizarding world.

According to your geo-location, the Map will point you towards ‘Foundables.’ Use spells to defeat the confounding magic and return these objects safely back to the wizarding world. Similar to Pokestops, you can stop at inns to replenish Spell Energy, Greenhouses to collect potion ingredients. There are also Portkeys, that will take you to iconic wizarding world locations. 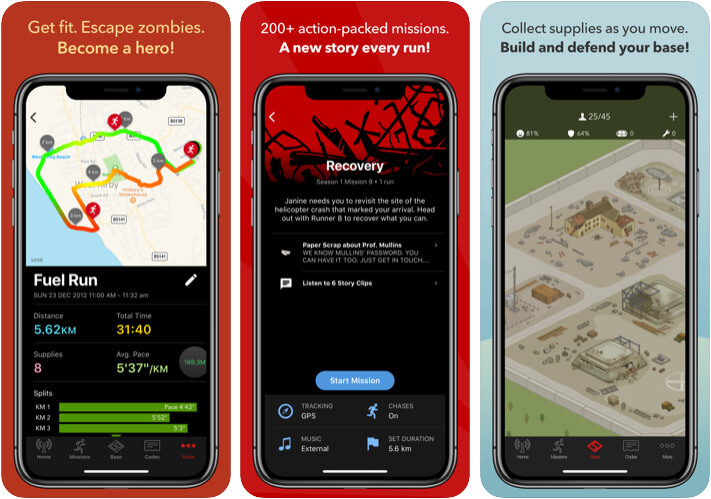 More than an adventure augmented-reality game, this is a fitness game coated with a fun zombie apocalypse theme. Players envelope the character of the protagonist, Runner 5. A series of missions is presented, wherein you have to save yourself from the zombies.

During the play, the immersive audio drama demands that you run and collect items that aid in survival. In doing so, you easily complete or over-achieve your daily activity targets. To put it simply, the game peps up your daily runs and challenges you to do better each day. 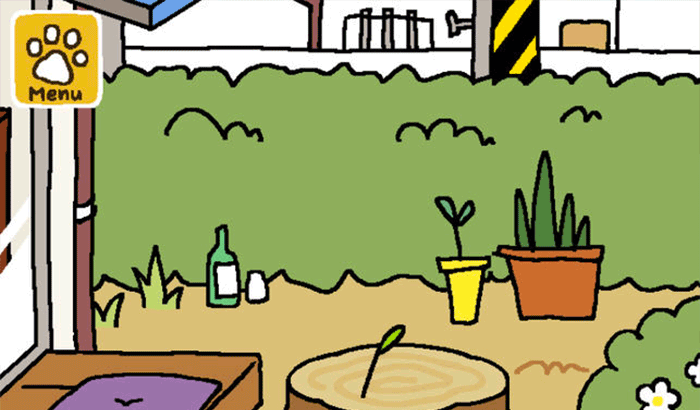 What about trapping nice cats? Neko Atsume is all about attracting cats with food. There are as many as 40 varieties of cats such as black, white, tabby and calico.

Even though this game is a no-brainer, you would enjoy being a champion Kitty collector. What has charmed me about this game is the real street-smartness required to ensnare the cats. You guessed it, right? 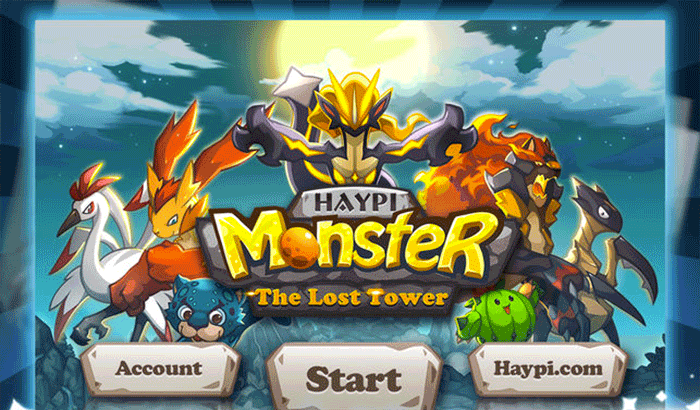 Haypi Monster: The Lost Tower is a fascinating cartoon style EDU game where you have to feed, breed and train monsters. It has about 200 different monsters. Your task is to collect a lot of beasts and empower them so that they can help you win epic battles.

Form the strongest to challenge the lost tower. As you have a number of levels to conquer, you have to play astutely to remain in the hunt and collect as many coins as possible. 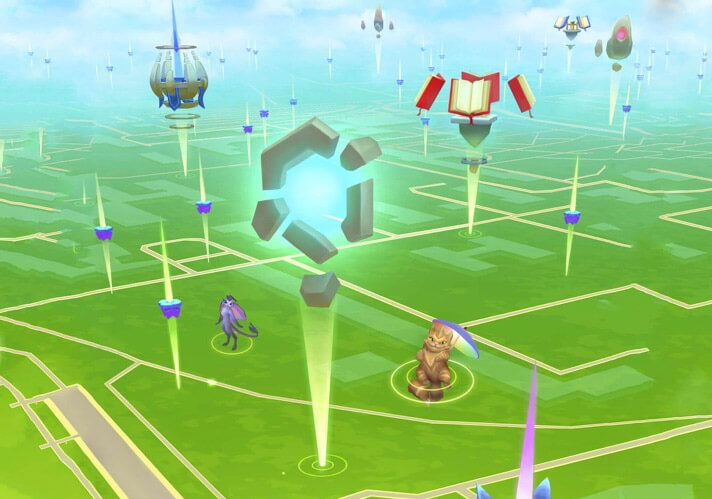 Draconius GO is very much identical to Pokemon Go. It is also based on augmented reality where you roam around freely in the real world, while creating a collection of winged horses, vampires, unicorns and other magical creatures. All creatures in the game evolve and change frequently, which makes taming them harder.

There are more than 200 creatures in the game each of them can be improved. The game is available for free to play, but there are optional in-app purchases to move ahead a little faster. 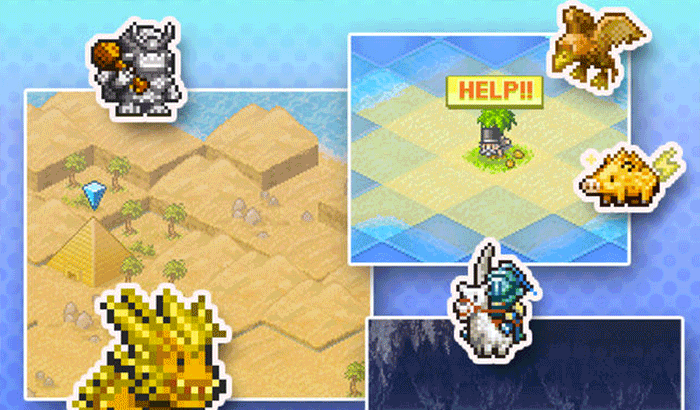 Looking for a hugely challenging game to test your Prowse? Beastie Bay has everything that it takes to push you to the wall and bring the best from you.

You have to deal with savage beasts at a desolate island where it’s extremely difficult to survive let alone winning the moments. However, you can use your skill to transform the islands into your desired paradise.

It’s about capturing the creatures, trade them with your friends and even train them to battle for you.

8. The Walking Dead: Our World 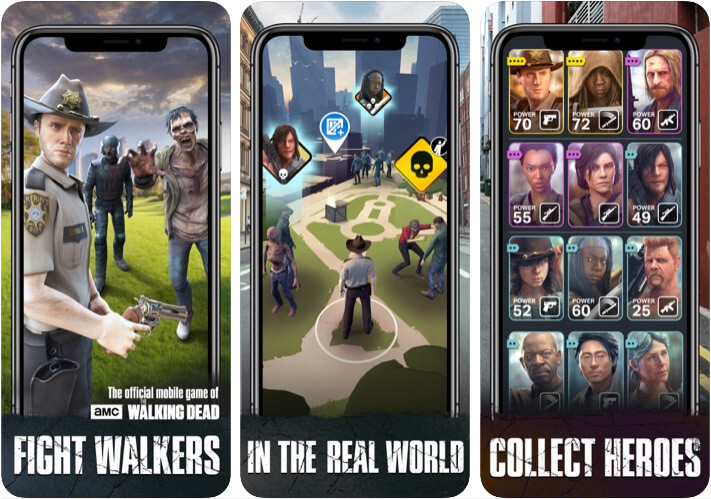 The Walker apocalypse from the famous AMC TV series has come straight to your handsets. Players get to explore this new and dangerous world around them. Save the augmented world around you by fighting the zombies. Remember to aim for the head while you are at it.

To match the feel of the show, players can collect and upgrade legendary characters, guns, and other items. You can also participate in weekly co-op challenges with other players to earn more significant rewards. Notably, the game has been awarded three Webby Awards in 2019, including the People’s Voice Award for Best Use of Augmented Reality. 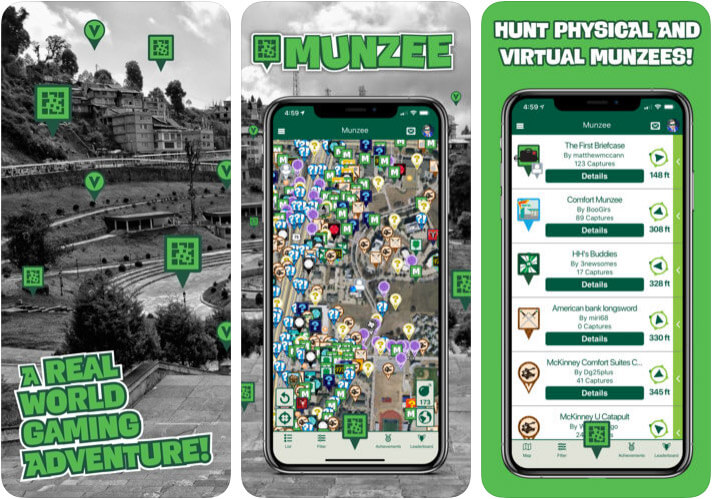 Munzee combines the virtual world with the real world. Unlike other games, you don’t catch creatures; in fact, you scan QR codes at different locations in the real world. Occasionally, you also catch virtual items. Apart from that, you can also make new friends while you are on the adventure. The game allows in-app messaging between players.

Also, there are Munzee events where players around the world gather and receive special items. The best part of Munzee is that it is completely free to play and there are no optional in-app purchases. This makes the game a fair play for everyone. 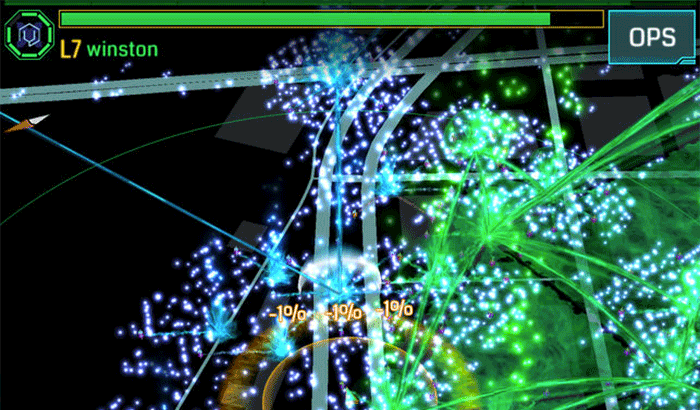 Save this world from the mysterious energy that has been unleashed to control people’s thinking. Come out of your comfort and showcase your bravery. Ingress strives to bring the real hero from you.

Use your iPhone to move through the real world to find out the mystifying source of the vicious energy. Grab the objects that can help you out, capture territory and most significantly; Ally with your friends to accomplish the goal.

It’s time to let me know the game that you have found most interesting. Also, tell us about the features you appreciate in that game.

You might want to catch up with these posts as well: