Macs are great for all types of people, from professionals to creators. They perform well, have a great selection of apps, and are well built. However, a couple of apps exclusive to Windows that many Mac users would love to use on their system. Luckily, there is a way out.

To run Windows apps on a Mac computer, you will need an emulator or a virtualization tool. There are plenty of such apps available for Mac OS, which work great. Before we list the best Windows emulators for Mac, let’s understand how it works.

What is the difference between virtualization and emulation?

There are two types of tools that you can use to run Windows apps on Mac. You have the virtualization tools, which use the Mac hardware to provide the best possible performance. However, not all apps are compatible with Mac’s hardware, so most people prefer emulators.

With emulation, all of the hardware components are replaced by software. You can run a full Windows machine on an emulated server, but it may affect performance. However, since this is all software, you will be able to run apps that aren’t compatible with your Mac hardware.

Tip: You can also run old games on a Mac computer using this method.

Which are the best emulators for Mac to run Windows programs?

Boot Camp is Apple’s tool that comes built-in on Mac computers. The program, called Boot Camp Assistant, is accessible from the Utilities section in the Applications folder. Unlike other tools, this one lets you install Windows on your Mac computer and dual-boot while utilizing full hardware.

This means that you will have both Windows and macOS installed in two separate partitions on the hard drive or SSD. When you turn on the Mac, you will get an option to boot into Windows or macOS.

You can run all Windows apps and games natively on your Mac by booting into Windows. The only disadvantage is that you will not have access to any macOS files or apps when you’re using Windows, and vice versa. Hence, you’ll always need to switch between the two operating systems if you need to use a non-compatible app.

Note: As of now, Boot Camp is only compatible with Intel machines and doesn’t work with the newer Apple M1 Macs.

This is a virtualization tool that’s going to cost you some money. Unlike the free Boot Camp, VMWare Fusion is a virtual machine that lets you run Windows OS inside a window on your Mac, like any other app.

This allows you to use your Mac apps in the background while you’re rummaging around the Windows operating system. The best part is that the latest version of VMWare Fusion works great with Big Sur. If you own a newer MacBook with a Touch Bar, you can use it with Windows apps.

VMWare Fusion also lets you expand Windows to a full window if that’s how you like it and run your Windows apps with ease. There’s a Unity mode that will allow you to run the Windows File Browser as an app in macOS.

Parallels Desktop is similar to VMWare Fusion but with better support for Mac computers. The latest version of the program will also support the new Apple M1 Macs. This tool gets an update every year, keeping it up to date with the latest macOS.

This app creates a virtual machine that lets you install Windows OS on it. You can then run Windows apps and some games as well.

With Parallels Desktop, you can run Windows OS within the macOS without having to reboot the computer. It’s easy to install and works flawlessly. The tool requires an annual subscription, which starts from $79.99, making it not as great a deal as VMWare Fusion.

However, this has better stability, performance and works smoother with the latest macOS.

VirtualBox lets you create a virtual machine on Mac to run Windows and Windows apps without rebooting. For personal or educational use, the software is free to use.

Although it’s not as well written and isn’t as easy to set up as some of the other tools on the list, it is free for customers. In its latest avatar, the tool offers improved support for Windows games, apps, audio, and 3D graphics, making it good free software.

For businesses, a paid version is available that offers IT support and better features. It offers good hardware support, which means that things such as cameras, connected printers, and other peripherals will work well.

If you’re using an older version of macOS, say before Catalina, this is one of the best free apps to use. Wine is beneficial if you plan on running only one or two Windows apps on your Mac. The tool doesn’t run Windows operating system on your Mac as a virtual machine, which means you don’t have to buy a Windows license.

For those who’re running newer macOS versions (macOS Catalina and later), there are plenty of unofficial versions of Wine.

Wine is open source, which makes it free to download and use. It doesn’t come with any support, so you’ll need to install and run it yourself or with Google’s help. Wine also stands for ‘Wine is not an emulator,’ which makes perfect sense as it’s a tool that only runs Windows apps. 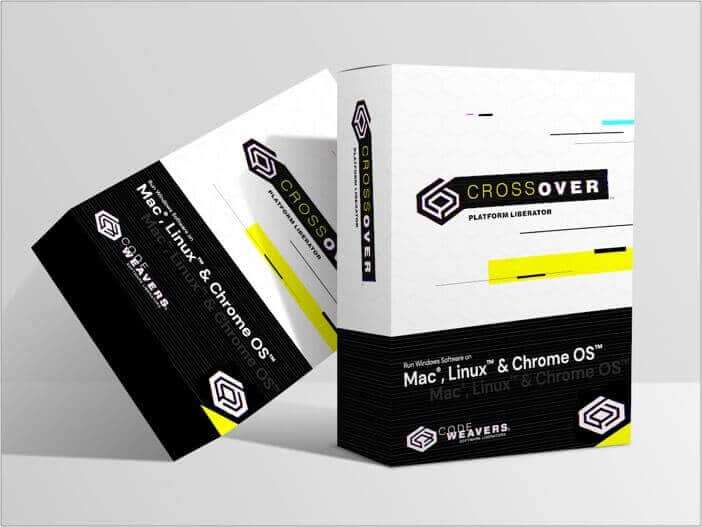 CrossOver is a form of Wine that’s been developed by CodeWeavers. Once again, it doesn’t run a virtual machine on your Mac, and you don’t have to download Windows or get a license.

You can simply run the Windows app without having to reboot, right alongside the Mac apps. It is popular as the tool supports various Windows apps and games.

Q. How can I play PC games on my Mac?

The best way to play PC games on your Mac is by installing Boot Camp and dual-booting into Windows OS. This ensures that even graphic-intensive games will work smoothly with the hardware on your Intel Mac. You can also use several other tools or apps to play Windows games on Mac.

Q. What is the best program to run Windows on Mac?

For Intel Macs, Boot Camp is probably the best tool to run Windows without issues. I’d also suggest programs such as VMWare Fusion and Parallels Desktop. These two are excellent emulators and work great.

Q. Does running Windows on a Mac cause problem?

Not really. Running a virtual machine and installing Windows on it will obviously eat up more RAM and CPU, which will slow down your Mac. However, it won’t cause any hardware problems as such. Your Mac should perform normally once the virtualization tool has been removed.

As I wrap-up this article on the best Windows emulators for Mac, I would like to mention that although people use virtualization and emulation interchangeably today, the above tools are virtualization tools.

Emulators were only required for older Macs with PowerPC hardware. On those devices, it wasn’t easy to run Windows OS. Running the operating system virtually is possible with Intel Macs, and it lets you install your favorite Windows apps or games.

Whichever tool you use, it will be able to handle most Windows apps with ease. I would recommend Parallels Desktop or VMWare Fusion, as these are the best, but they cost money.

Ultimately, it all depends on what apps you want to use and if you’re willing to pay for it or not. For Intel Macs, I’d recommend using the Boot Camp Assistant, which is free and easy to set up.

Author
Siddarth Suvarna
Siddharth is a freelance technology writer with over a decade of experience. He has written tutorials, guides, features, how-tos, listicles, and more for sites such as 91mobiles, MySmartPrice, GadgetReview, TheAndroidSoul, and more. In his free time, he loves to travel, ride motorcycles, watch movies/TV shows, and pet dogs.