How to Switch Gmail Accounts Between iPhone and Android?

The significant part about this particular Google update is that you can switch between multiple accounts in Gmail, as well as all other Google apps. Moreover, as the update rolls out, the feature will further amalgamate with YouTube, Chrome, and Contacts. Whether you love multitasking or not, these features will come in handy for everyone at multiple times in their lives. So, let’s explore how to use this feature.


Step #1. Open your Gmail app on your device.

Step #2. Select the current Avatar icon from the top right-hand corner and give it soft scroll either up and down. The account will immediately shift and show you the emails from the selected account.

If you have more than two accounts, repeat the process until the account that you are looking for comes up.

To control the Gmail account switching feature manually. You can tap on Profile icon and then choose the ID you wish to switch. 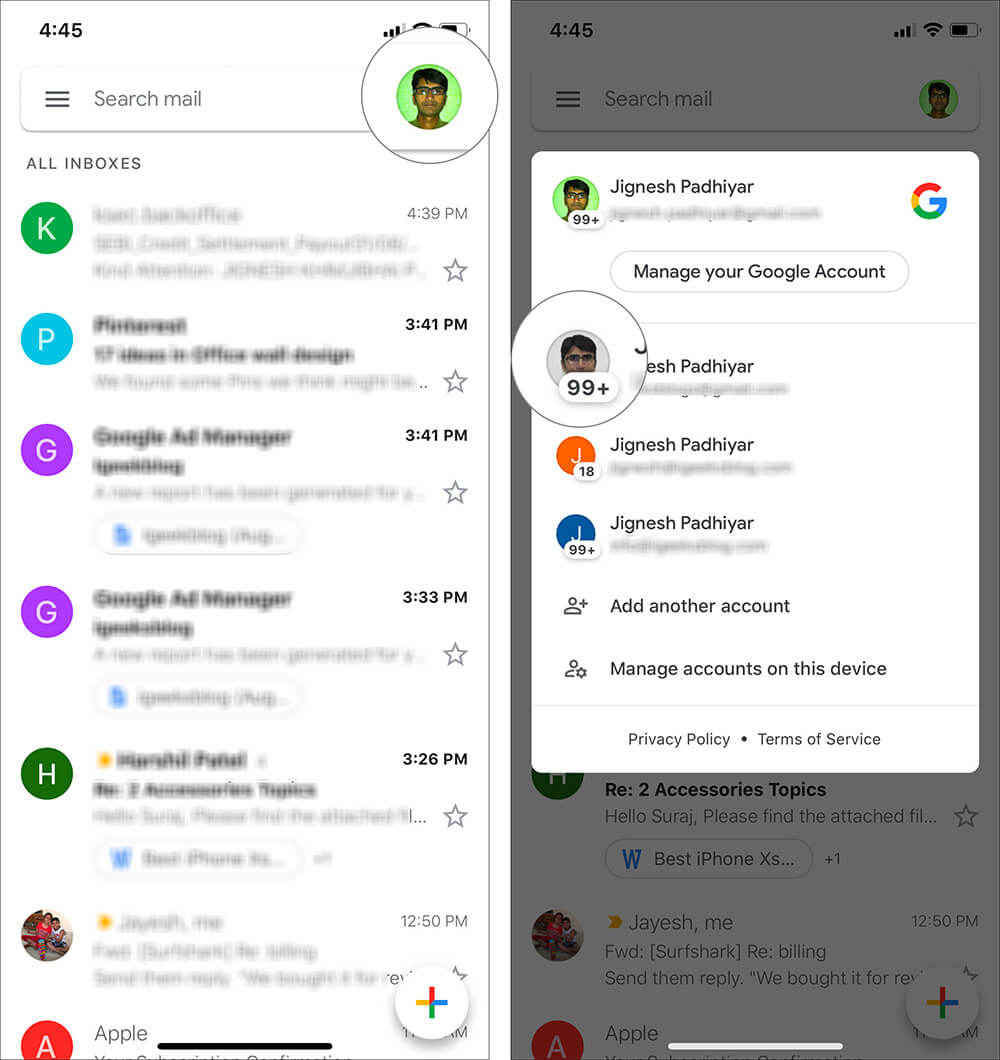 Can you believe this? While the earlier method of a drop-down menu wasn’t that difficult, it did involve a few more steps. Whereas this one, you just need to scroll.

Switch Between Multiple Google Accounts on iOS and Android Device

Almost all Google Apps, such as Google Drive, Google Photos, and Google Maps among others, have incorporated this latest feature.

In most of these apps, the switch can be made by following the steps mentioned above. However, for some apps like Google Photos, Google Hangouts, and Google Play Store, the process is a bit different. Here’s how that can be done:

Step #1. Open your Google Photos app on your device.

Step #2. Tap on the Hamburger Button (the three lines icon).

Step #3. Now you can swipe right to left to switch between your multiple accounts. The account will immediately shift.

If you have more than three accounts, repeat the process until the account that you are looking for comes up.

There are a few reasons behind my love for these new features in Google Apps. For one, it’s easier, making the user-interface more user-friendly. Additionally, it saves time; even if its a few precious seconds. After all, every second count when you have a jam-packed schedule.

And if I may be a little cheeky, the scroll method is way more fun. What about you? Have you tried the feature yet? Did you love it?