When it comes to smartphones and laptops, the entire tech world is divided into two groups: either you support Android or iOS and Windows or Mac. There is no middle ground for any common user or an expert.

This leaves users with a moot question: which operating system is better? A user, with his/her limited knowledge and experience about technology, is always in the doldrums. To find the right answer – once and for all – we sought advice from experts. We asked five developers a simple question: Mac or Windows?

These developers unanimously register their opinions. Note that the developers, who responded to our question, have used both platforms to develop software and apps.

This gave them a clear understanding of merits and demerits of both the systems. Based on their experiences, developers voted for Mac. Windows, in its early stage, enjoyed a status of the sole player in the market. But when Apple entered in the business, competition between the two became fierce.

Apple seems to have the edge over Windows with its secure ecosystem, smarter operating system, and powerful hardware. Developers were quick to switch to Mac from Windows, as they could recognize a remarkable difference between the two platforms. Let’s check out their views!

Why Mac is the First Choice of Developers: Five Reasons 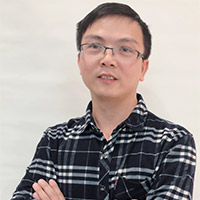 I switched from Windows to Mac development and have laid out a series of PDF products for Mac, such as Wondershare PDF Converter for Mac and PDF editor for Mac.

After nearly eight years of development on Mac, I believe that the development environment of the Mac is excellent, and it is user-friendlier in configuring various programs, and there is no need to load too many things manually. Many of the tools that developers use come from Unix and the power of UNIX is very comfortable to use.

Secondly, the Mac is very cool; it can bring the Apple development software industry a sense of honor. The third is to virtualize Windows on OS X, which is very simple. A simple user interface makes the work smoother. On Mac OS X, window management is great, and it’s important when you use many different tools as a developer. 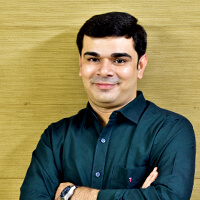 I have been using Mac for the last eight years. If you ask me why I use Mac for such a long time, I would reply you with a question: why I am breathing. Yes, it as simple as that to understand the importance of Mac.

Its seamless integration gives a user-friendly, clean, easy and refined environment to me. As we all know about its security and data integrity feature, it gives me relaxation while I am using it. Each component in Mac is optimized for the best performance to ensure that it takes less power to execute your work.

Mac gives more power to me in developing my identity with an awesome user interface. Mac is always there to provide satisfaction to customers with new technology, quick response, and stability of version.

Many times I heard that Mac is very expensive, but I think when you get a qualitative and secure environment with new updates and highly optimized performance, then you have to go for Mac. 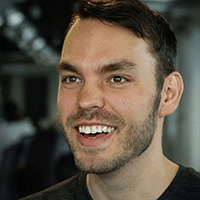 I actually used to work for Apple. Using their software as a platform for my creativity is simply second nature. I originally started using a Mac to avoid crashes, reboots, and, heaven forfends, a full reinstall.

Twelve years later and not a lot has changed. During the creative process, I can’t be bothered with an operating system that won’t function. From running a recording studio to editing photos professionally to producing documentary films, it’s all been done on a Mac.

Now as an iOS developer, I am forced to use a Mac, but honestly, I wouldn’t have it any other way. When you’re dealing with thousands of lines of code, debugging and solving complex problems, you need to trust your machine. More than that, you need to trust the system you are operating in.

I’ve always felt that Apple forces you to do it right the first time. While this may be a bit frustrating, you are grateful for it in the end. From learning Objective-C to now Swift, Apple has a way of extending its elegance and pristine quality into the coding experience itself. I shudder to think what it would be like coding for a Windows device on a Windows PC, no thanks!

All in all, I’m honored to be still able to contribute to Apple’s legacy and mission, many years after formally working for them. Apple is a great company with thousands of exceptional people fuelling it with the mission of enriching people’s lives. That’s something I can always get behind. 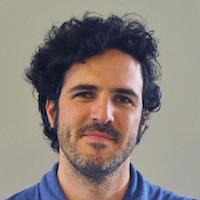 As one of the creators of Priority Matrix, I spend my day writing and reviewing code for mobile, web, server-side, and desktop software, so I need an environment that’s flexible and powerful enough to handle that.

A MacBook offers the perfect combination that allows me to do wildly different kinds of work one minute and the next, without having to connect to external systems or to load a plethora of virtual machines for each situation.

At its core, macOS is a Unix system that is also easy to use and “just works.” Unlike more traditional Unix systems (Linux being the most well-known variant), macOS lets me get to work with minimal fiddling and setup time.

There is a ton of developer software that works right off the box, and because it’s a Unix system, it comes with myriad tools that can be combined to accomplish complex tasks. Getting a new machine in the morning and knowing that I can have everything I need up and running in a few minutes is huge for me.

Finally, since I work from home, I would go stir-crazy if I didn’t move. I drive a bike and carry my laptop with me to coffee shops all the time. So I need a computer that’s lightweight and easy to carry in my backpack. I first fell in love with the MacBook Air, and haven’t looked back since. 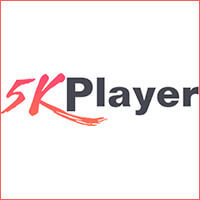 Suppose two teams are working to develop a single software piece – DearMob iPhone Manager. One team uses Windows platform and another uses Mac. Both teams would agree that Mac is simpler and easier to use to develop an iOS related program.

If the above comparison is not enough to impress anyone, let’s take one more example. There is only one team to build 5KPlayer on both Windows PC & Mac. From their ideas, Mac computer is much convenient for programming, particularly for the third lib (library). There are quite a lot of built-in source codes in Mac computer. Therefore, any developer can complete the task quicker on Mac than on Windows PC.

Although more and more programming language can be used cross-platform, we still need to create Windows software on Windows and Mac application on Mac computer. Mac is the greatest legacy of Steve Jobs.

What is your choice?

After reading some intelligent arguments made by experts, many would come to know why developers prefer Mac. Our attempt was to create awareness about the two popular computing platforms, and which one you should use. Our idea is not to devalue Windows against Mac. You be the judge and take a final call.

Which computing platform are you using? Are you satisfied with the current operating system installed on your computer? Share your feedback with us in comment section.