Why Is Samsung’s Galaxy S10 Lite and Note 10 Lite a Brilliant Idea?

Since 2011, the Samsung Galaxy Note and Galaxy S line have been established as the flagship smartphone for the brand. An integral part of the premium smartphone segment, these devices sport best of features and a substantial price tag.

In a surprising turn of events, Samsung launches a cut-price version of its 2019 flagship devices. Dubbed Galaxy S10 Lite and Note 10 Lite, these phones will carry signature Galaxy innovations at an accessible price point.

What is Samsung’s Agenda Behind Mid-Budget Phones?

The Galaxy Lite models come with premium key features such as the latest camera technology, signature S Pen, an immersive display, and a long-lasting battery.

Moreover, it is interesting to note that both the devices are introduced in India and neighboring countries first. However, the news arouses curiosity about the brand’s grand scheme behind them.

But before we move onto guessing Samsung’s plan and the effects it might have on the smartphone market globally, let’s first learn a bit more about the Lite devices.

While the names match, the devices carry an entirely different look and feature set. There are some compromises to accommodate a lower price point and some notable better features.

Ironically, with a 6.7-inch display, the Galaxy Lite versions are bigger and heavier than 6.3-inch Note 10 and 6.1-inch S10. Though the punch hole design is retained, the budgeted options skip on the premium-looking curved screen. 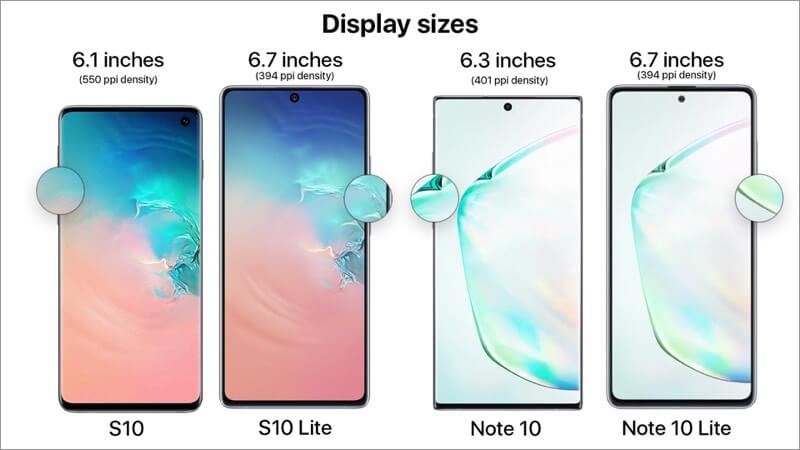 In terms of display, pixel density had to pay the price, resulting in less sharp content on the Lite models. Surprisingly, the Lite models even have a bigger 4,500mAh battery.

Another significant design difference is the camera set-up. While both the devices feature three cameras, their alignment is drastically different. A square camera bump replaces the vertical row of Note 10 and a horizontal row of S10. 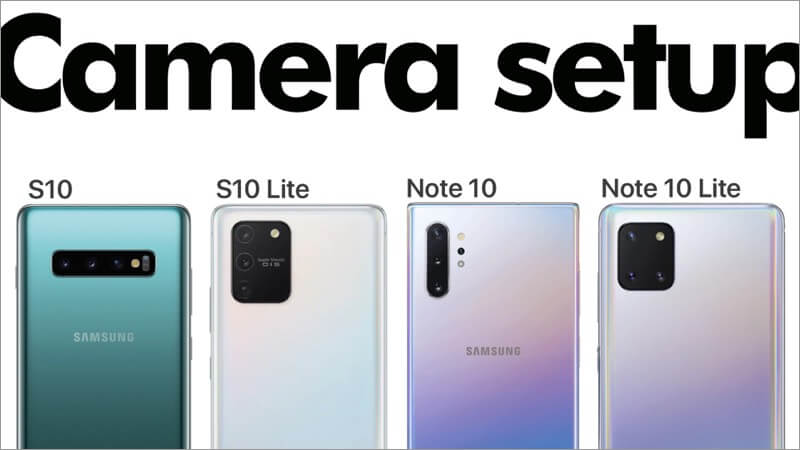 Why is Galaxy S10 Lite and Note Lite a Viable Solution? 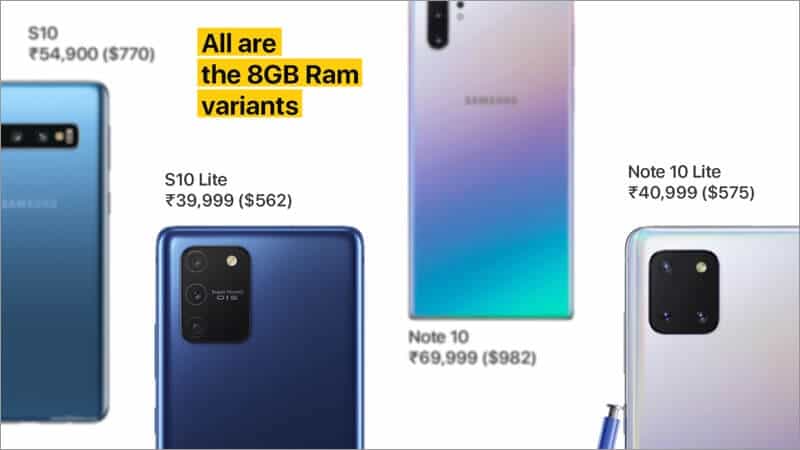 While there is a vast price difference, there aren’t many performance-related variances. You are privy to the best of software and hardware features by Samsung at a competitive price.

In all, the Galaxy S10 Lite and Galaxy Note10 Lite are great devices for their respective price point. A massive game-changing factor is the S Pen! 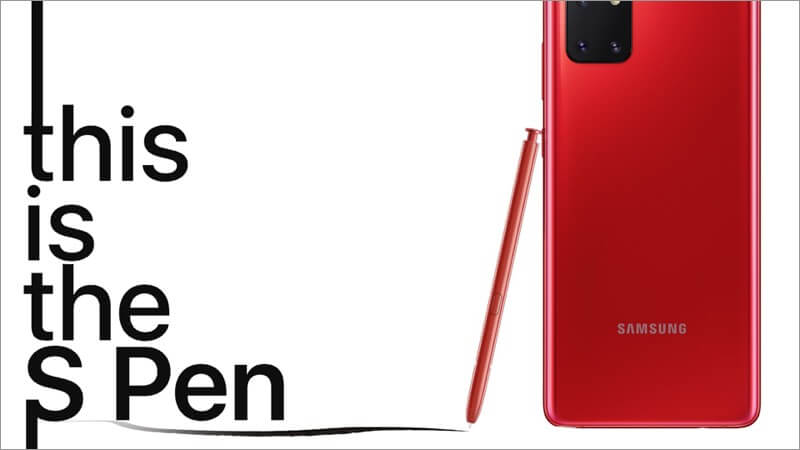 S Pen enables users to navigate, draw, and write on display. It could also act as a remote control for certain features of the device. For years, the gesture recognizable smart stylus is amongst the significant selling point of its flagship device.

In the world of entrepreneurs, creators and influencers, who doesn’t want such a feature-full accessory. Now that it is available at a competitive price, the price-conscious audience can happily jump on board.

A Masterstroke To Recapture Indian Market

It’s no coincidence that Samsung decided to launch its budgeted luxury device first into a price-sensitive market. Given the population and high YOY growth in smartphone sales, every smartphone manufacturer wants the share of the pie.

After all, it is the second-largest smartphone market globally. As of now, devices belong to the mid-range segment ($200-$500) are all the rage. In the December 2019 quarter, the sector has registered the strongest on year growth at 55.2% and accounted for 19.3% of the overall smartphone market.

With Xiaomi dethroning Samsung to become India’s first choice in handsets, the brand needed some desperate measures. Moreover, the mid to high price tier is likely to show the fastest growth in 2020.

In fact, Samsung’s most significant competitor Apple is also jostling for the spot. An affordable Apple phone dubbed iPhone 9 or iPhone SE 2 will probably launch in March 2020.

Samsung wants to hit the ground running before any competitors could enter the race. And in this light, the Lite versions make complete sense.

Losing from Both Ends

Samsung established itself as a market leader in India with the launch of Galaxy S3 in 2012. However, Chinese smartphone brands have invaded the market since then.

They drastically reduced the average selling point (ASP), while featuring top-notch features in the devices. Players like Xiaomi, Vivo, and OnePlus managed to snatch the market from Samsung’s control. 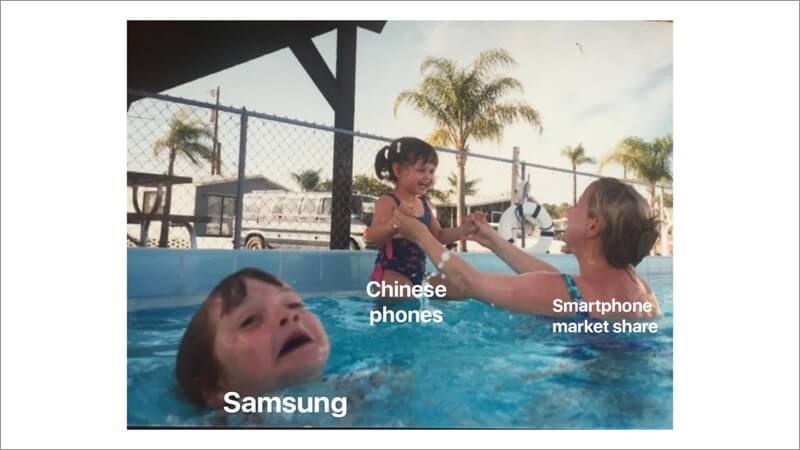 It pushed the Korean brand to launch M-series and redesign its A-series for the budget segment and mid-segment, respectively. While successful launches, the competition still managed to have the upper hand.

On top of it, Apple has increasingly challenged Samsung’s hold on the Indian premium smartphone segment. Their strategy to cut down the price of iPhone XR and earlier models invited more audiences.

Moreover, the iPhone 11 series was also received well. The resulting growth allowed Apple to garner a 51.3% share in the ₹35,000 and above price segment in Q3 2019.

In a way, Samsung is losing its hold and market shares from all segments. The tech giant needs to recapture Indian audiences somehow. And the Lite devices seem the right step forward as of now.

All thanks to Chinese smartphone manufacturers, the supply of high-featured devices at a reasonable price has manifold.

The budget Note 10 and S10 could be Samsung’s ticket to the top in the said segment. In doing so, the brand is also building its brand equity amidst consumers.

Along with the price, the brand also increased the device features. It was steadily building popularity and a loyal following.

Smartly and slowly, the price point stretched, the latest 7T Pro costs around ₹ 50,999 ($ 644.99). Starting from a mid-segment phone, it is now a royal member of the premium section with loyal consumers.

Samsung can replay OnePlus’ success story by the new Lite devices. Users will use Note 10 Lite or S10 Lite and enjoy their hearts out. 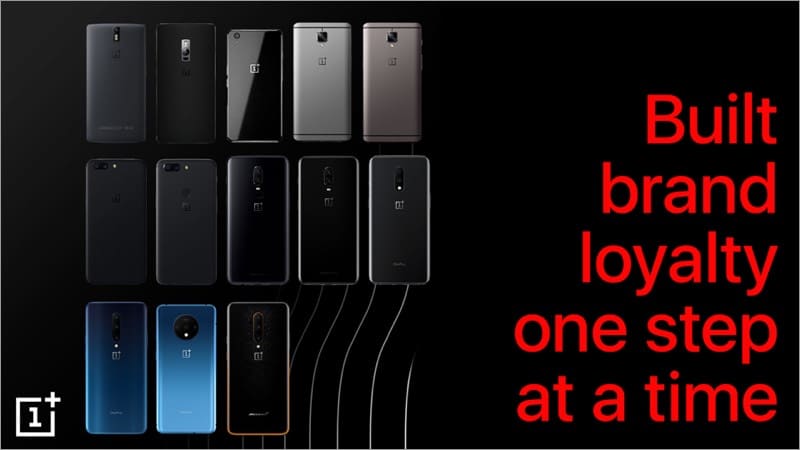 And in the future, the user may upgrade their Lite with the pricier versions of the Samsung Galaxy family.

Would The Strategy Sail?

I am no fortune teller, but this could manage the mischief Samsung is planning to achieve. As of now, consumers who loved the Galaxy series, but could not afford it, will rush towards the opportunity.

Features like exceptional cameras, massive battery, latest processor, AMOLED display, and large RAM are not anomalies in the mid-segment smartphones. But not every device in the segment offers a friendly stylus.

And on the risk of sounding like an S Pen fanboy, let me reiterate that it is indeed a super-lucrative addition at the price point.

Another long-term benefit is that users may get addicted to the ease it offers. Consumers, inadvertently, become the pawn of Samsung’s strategy of upselling expensive devices.

Well, whatever the case may be in the coming years, we have some delighted Samsung lovers as of now.

Though I am a through and through Apple fan, I am really excited about these new Samsung devices. The selfish reason behind this is the probability of phone stylus becoming a trend.

There are rumors that Apple may add Apple Pencil support sooner or later. I just hope this inspires them to do it as soon as possible.

Well, jokes aside, I really applaud Samsung for launching Galaxy S10 Lite and Note Lite. It is indeed a brilliant strategy; more so, it could bring about some notable tidal shifts.