MiStand is The Coolest and Best iPad Air Stand Ever

Micro-suction and Pu Pads might sound straight out of a simple science flick but the MiStand for iPad Air, iPad Mini and other iPads is one of the coolest products ever. It can probably be called the best iPad Air stand ever (of course, you can fit all other iPad variants too).

The MiStand is absolutely gorgeous in its minimalism that it almost matches the simplistic elegance of Apple products. Perhaps, that is why it is amazing in a way.

Slated for a January 2014 release, the MiStand started as a Kickstarter project for a funding of £5000. It has went on to collect a funding of over £26,000 – more than five times its goal. That puts things in perspective: the MiStand is one hell of an iPad stand that scores in functionality and design.

The MiStand is a two-piece accessory. It has a stand with a socket and a pad with the ball. The ball and socket configuration makes it easy to rotate the pad holding the iPad any way you like. You can keep the iPad flat while you write or sketch on it. You can have the iPad slanting, while watching a movie or Facetime. Or you can simply rotate the pad while playing games that use the gyros. 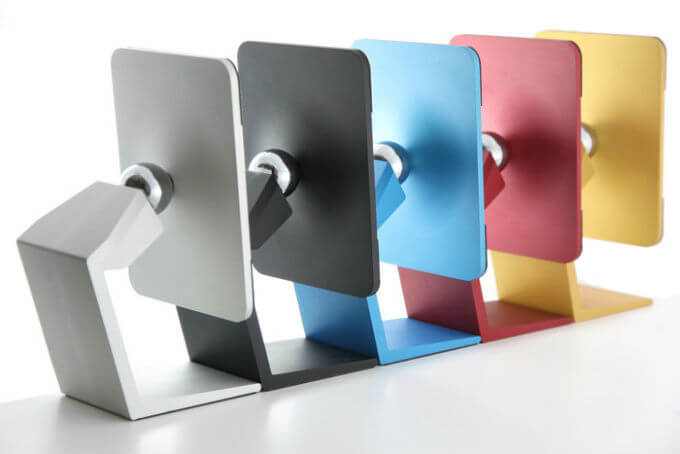 The MiStand is machined, polished aluminum which makes it sturdy but light-weight.

The best thing about micro-suction is that you don’t have to strive to fix the iPad on the stand. Just place it firmly over the pad and boom. It’s attached. And removing the iPad is just as easy. The ball-socket is so fluid that you can have a full 3D rotation of the iPad without having to move the stand a bit. 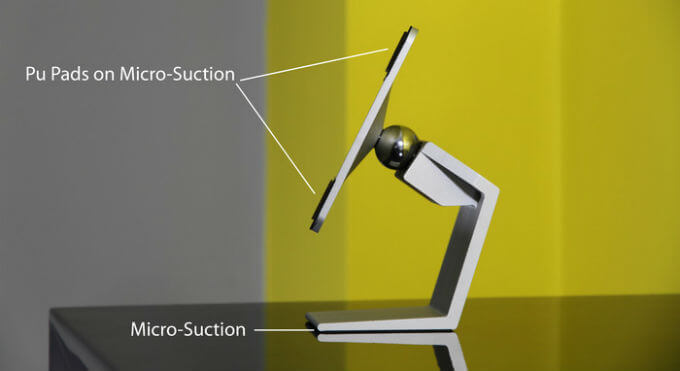 The Pu Pads make it so that the iPad will be held firmly even when you’ve got a case on it. It doesn’t matter what case you have on the iPad, the MiStand just works. All in all, it’s one heck of a genius form-meets-function for an iPad stand.

The MiStand is up for grabs. You can pre-order it through this month (only) via their website.

There are five color options (grey, silver, blue, gold, red). The product costs £43.00 (as an introductory offer) which translates close to $70.