Apple has its own Apple Maps; Google also has its Maps app for all devices. But when a relatively smaller company develops a similar app and when that gets mentioned by Tim Cook himself, it’s a huge deal. It takes a lot of hard work, sleepless nights, and great developers to build a life-changing app. MapQuest is one such app on the App Store that has pulled off the task way beyond user’s expectations.

Hundreds of thousands of users are already using MapQuest almost every day for live traffic information on the routes they cruise through. Quite a lot of users love the interface, the free voice-guided nav, and the turn-by-turn that the app delivers. And frankly, MapQuest is one of those apps that is already a hit.

I review a lot of Apps and Games as part of my work. And to be very honest, I am very conservative when writing an exclusive review of any app. I generally prepare a list of apps in the respective category and pen down their key features in one single post. But when something instantly impresses me, I make an exclusive post, and MapQuest is certainly one of those exclusive apps. So here’s my finding, have a read.

Even though users have options like Apple Maps and Google Maps, MapQuest doesn’t fail at any point to provide a little more than what the tech giants offer. Whether it is UI, UX, or the core functionality of navigation, the app will certainly stand on your expectations. Let’s take a look at what MapQuest offers;

I think the most basic thing that everyone wants from an app is ease of use. If an app is simple – like Google’s Maps for iOS back in the good old days of iOS 5.1.1 – i’s going to be pretty good.

The 3D flyover is just eye candy: you use it a few times, and then you get bored of it. The real deals are the routes, turn-by-turn, voice-guidance and MapQuest has got all of them for free. 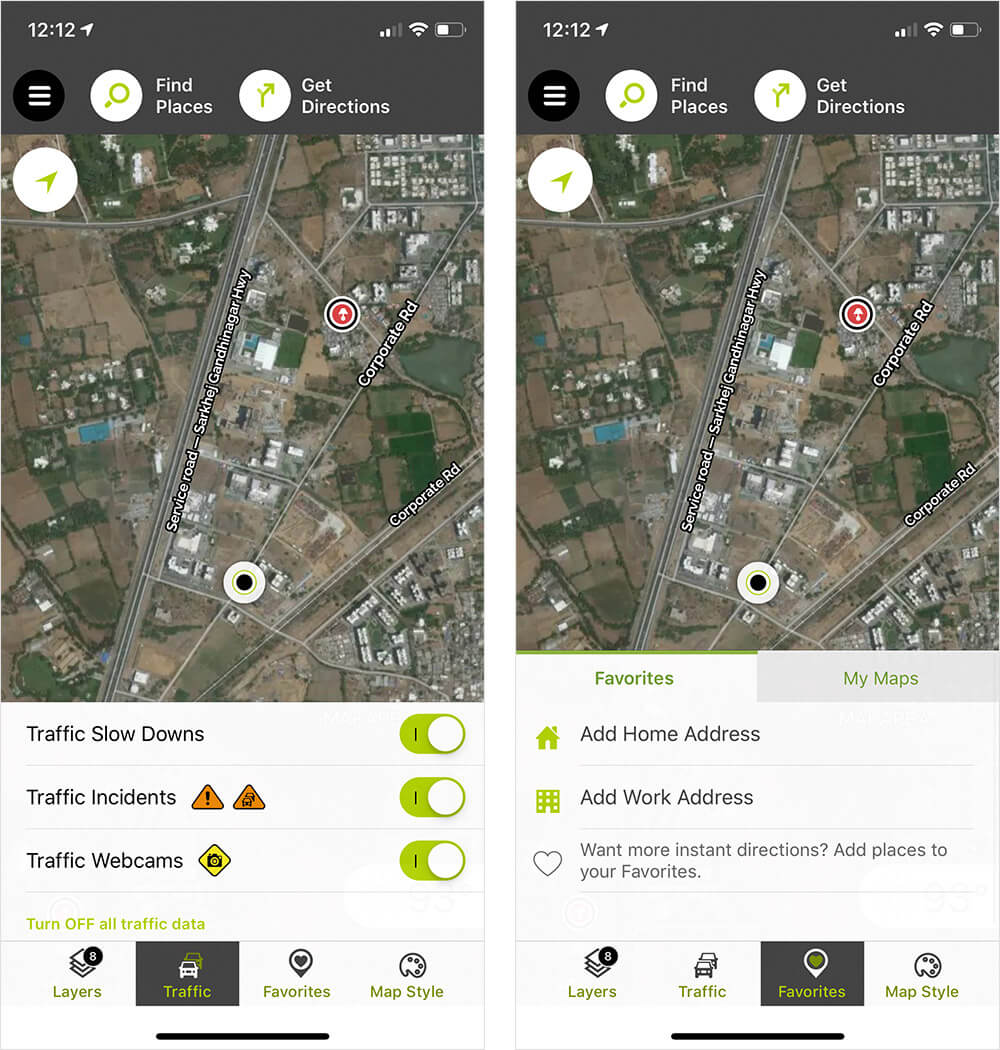 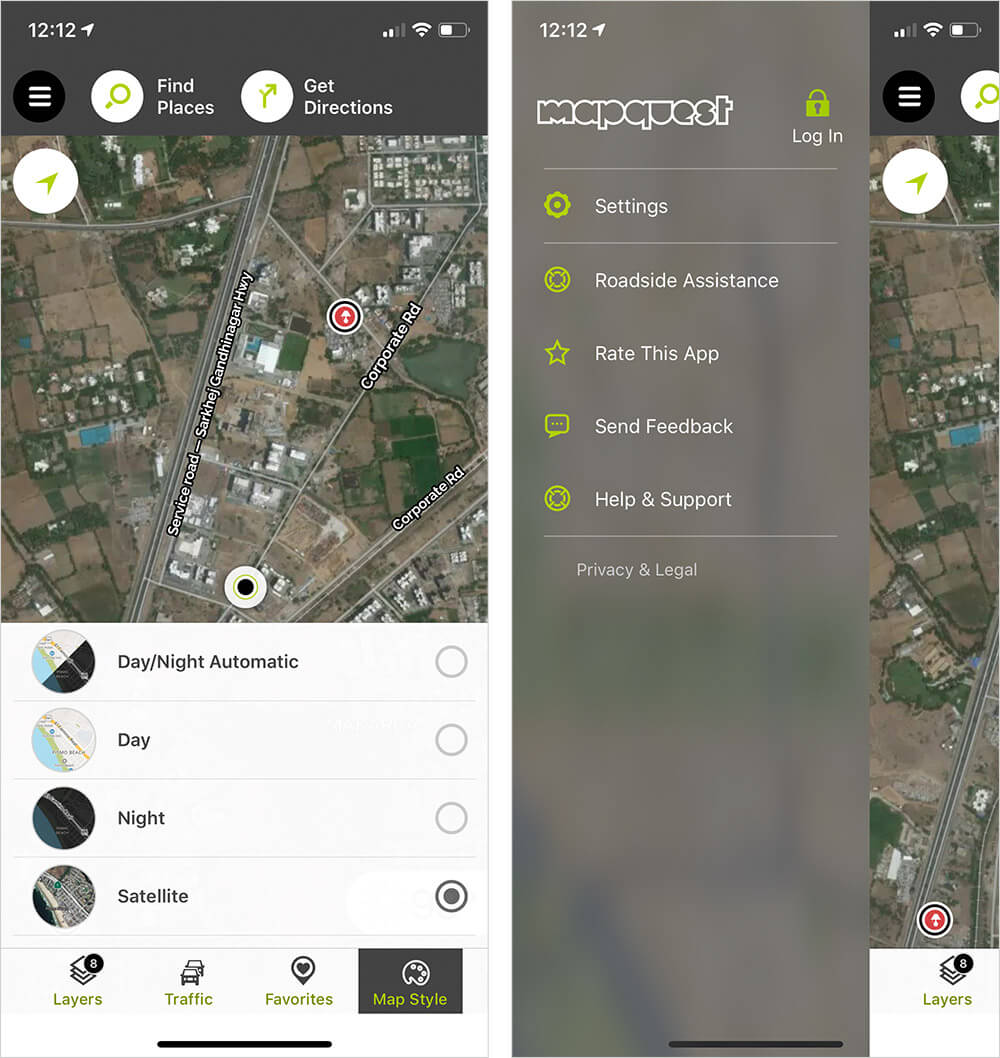 Another feature that I personally liked is Gas prices. Every Gas station has slightly different prices, and MapQuest helps in saving money by showing you Gas Prices of the nearest stations.

Besides that, the live traffic camera is one awesome feature that is super cool. It shows me traffic conditions ahead of me in real-time. I get enough time to plan a different route if the roads are jam-packed.

Maps show a restaurant, and when you get there, it’s just an empty block with overgrown grass?

Well, that’s never happened before much. MapQuest has the accuracy you expect out of a Maps app. It’s been deliberately and meticulously data-driven, and so there’s a lot of accurate information there.

Not just that, the app also shows current weather on the screen. So if you are planning a long road trip, this helps you to pull over if the weather looks messy.

One more on the list is the built-in functionality to find hotel deals and also book them. You won’t need multiple apps to get things done while you are on the go. Last but not least, if your car broke down on the middle of nowhere, you could directly access on-demand roadside assistance within the app.

Even with these exclusive new features, MapQuest is completely free to use. What I believe is that If a good product cannot reach the masses and affect their life in a positive way, it isn’t a good product. MapQuest is a good product that is trusted by masses. I’ll leave up to you to give this app a try and decide yourself.