iPhone Price Tag: Is it Worth?

The best things are always the cheapest. This was W J Turner in its not-so-famous short story “The Man Who Saved Pumplesdrop.” When I read the story first (nearly two decades ago), I was partially convinced by the statement. In my young age, I was at least aware of the price tag the best things bear.

So I was somewhat befuddled by the idea of paying exorbitant prices to buy something cheap. But when I first got an iPhone 6 in my hands, I realized that Mr. Turner was right, and I began to understand his statement fully.

Before iPhone 6, I had always used Android devices only to find myself in an abysmal state when there were software updates or hardware issues. My dissatisfaction would rise to the level of fury when my friends update their high-end devices to the latest Android OS, and I had to wait for six or more months to get that update on my cheaper device. I was unable to digest this discrimination as I always support social democracy.

Barring the few flagship devices of some famous brands, Android devices have never seen more than two Christmas celebrations. Users would either throw them into the trash can or get rid of the phones by selling them out at a low price. My romance with Apple iPhones and rugged brushes with Android inspired me to share this editorial with you.

Whenever Apple releases a new iPhone, there is a furor that the brand always launches high-priced devices beyond the reach of common users. For a moment, let’s accept this acrimonious statement. On second thought, the idea is crystallized that iPhone is cheaper than any Android device – cheap or pricey.

Apple iPhones Are Cheaper Than Android Phones: Here is Why

Since the two operating systems enjoy jubilant acceptance across the world, a comparison between the two is natural. And this is not the comparison between the two operating systems only, the hardware also plays a key role in making a device more acceptable. Microsoft has already thrown in the towel, and therefore, the OS garners the least attention in the debate.

Now, let’s delve deep into the subject and find out how Apple’s iPhones are cheaper than Android phones.

In my school, our teacher would cite an example of a single dry stick and multiple sticks to prove the strength of unity. Since the sticks are closely connected with each other, nobody can break them.

Apple has created a family, an ecosystem that connects each device to other. Your iPhone and iPad are two communication devices, and both are well-connected to other Apple gadgets like Mac, Apple TV, AirPods, iPod, HomePod, Apple Watch, etc.

This connectivity makes the entire ecosystem unbreakable. This not only expedites data transfer but also ensures data security and storage. Not enough space on your iPhone? Not to worry; you can transfer your data on iCloud and access your data from anywhere.

With a single Apple ID and password, you have got hold of your data. This ecosystem also enables you to migrate smoothly from one device to another. Ask Siri to call somebody from your Apple Watch and then start talking on your iPhone.

This has become my routine operation when I leave for home. Not only this, you can copy text on your Mac and then paste it in the Notes app on your iPhone or iPad. When your Apple devices are in sync and on the same Wi-fi network, this migration is pretty effortless. 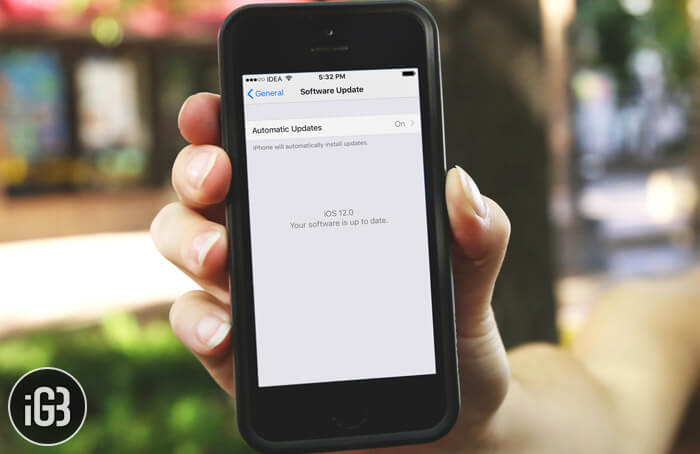 Unlike Android, Apple never discriminates between devices to release iOS. It has been a tradition at Android to release its OS for the high-end phones first, and then distribute it to other mobile devices. What more surprising is that even “Pixel” don’t get updates after two-three years. Now take your Apple’s iPhones. The tech giant has released its developer beta, which is compatible with iPhone 5s, a mobile released in September 2013.

Even after five years, your mobile device is compatible with the latest iOS software version. And this is the power and beauty of Apple. More important, every iOS device receives the update simultaneously; there is no discrimination between devices. For once, if we give Android the benefit of the doubt (different device makers use different CPU chips and components), Android cannot roll out a uniform software update on all devices.

Along with uniform software updates, one can notice a remarkable discrepancy in adoption ratio between Android and iOS. As of June 29, nearly 90% Apple users have updated their iPhones to iOS 11. In sheer contrast, Oreo 8.1, which is the latest public beta, has seen a meager 0.8% distribution among Android users. 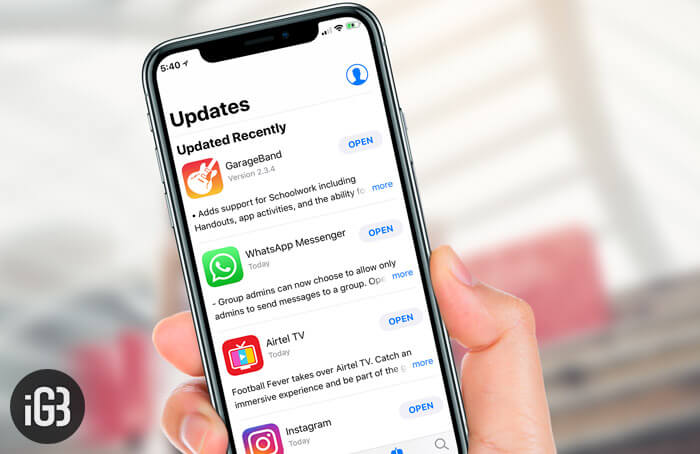 This is a domino effect of uniform iOS update, as OS update forces app developers to make necessary improvements in their apps to make them compatible with the latest iOS. Finally, iOS users have an opportunity to use the latest apps like Facebook, Twitter, Instagram and more on their devices, which are now upgraded to the current software. 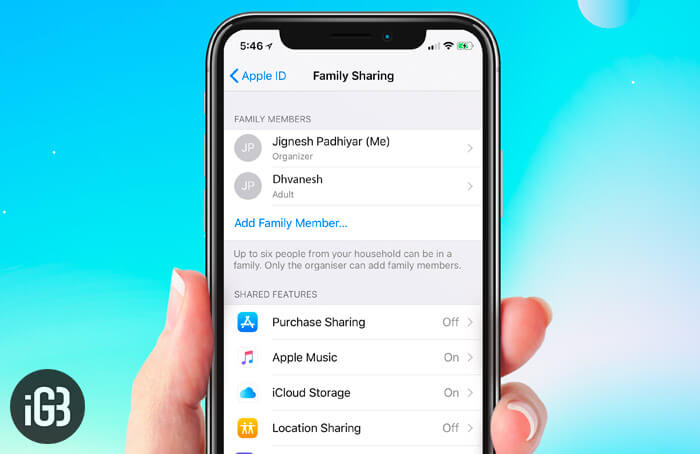 Going back to Apple’s ecosystem, the best outcome is sharing of data, apps, space, and membership. For a moment, if we consider data sharing a standard feature, no other operating system or device can beat Apple’s ability to share storage, apps, and membership. The best example is Apple Music, which allows you to create a family membership plan and then you can share Apple Music membership with up to six members.

Similarly, Apple users can share iCloud data and space with other family members. Once they buy more space on iCloud, they can share the space with their family. This is an unlikely scenario in Android devices. 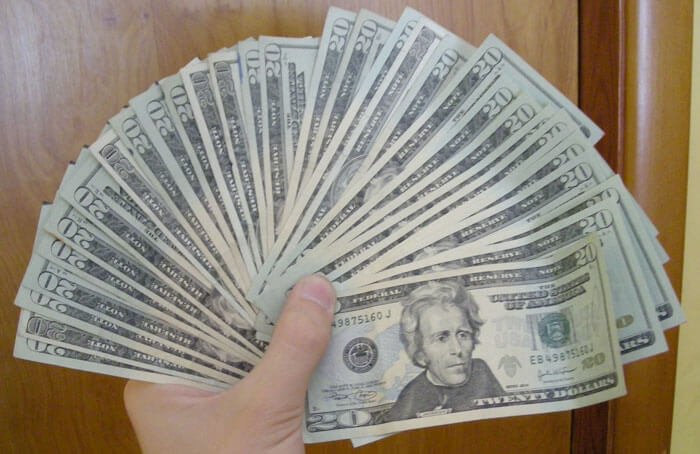 Apple devices have always garnered a sort of reverence from Android users. It has been observed that whenever an Android user wants to switch to Apple devices, they look for used iPhones and iPads. Even so, the original iOS owner gets a better resale value of the Apple devices from the new buyer. This hardly happens in the Android world.

The longer shelf life of the hardware

In a significant insight, it is revealed that Indian consumers are keen to buy old iPhones instead of the latest iOS devices. They are willing to turn out their pockets for iPhone 6s and iPhone 6. This is the reason why Apple is planning to set up its manufacturing units in India, which is a growing market for the brand.

But how this fact is related to the argument that Apple iPhones are cheaper than Android phones? It is simple: consumers have full faith in the strength of software and hardware Apple produces. iOS devices have a longer shelf life, and users know that even after using the devices for three-four years, they can sell the phones and tablets at handsome resale value.

Apple has always believed in taking things in their hands. Unlike Android, which allows developers to upload their apps without any restriction, Apple has set up strict guidelines. Developers have to pass through a rigorous examination to get their app listed in the App Store. This is possible as Apple keeps the rein tight over software and hardware production. Android is an open source, and therefore, any phone maker can use the platform to produce a device with a lot of customization.

Apple never allows any other manufacturer to use its iOS. Only Apple can manufacture iOS devices by using its operating system. This has created a strong bond between the hardware and software as both can communicate efficiently with each other.

Every Android user is apprehensive about iOS interface. But this is until they have used iOS; once they experience a simple interface of Apple devices, they begin to loathe Android devices, on which they find their apps and widgets strewn across different home screens. On iOS devices, everything is available on the single screen. Once you tap on Settings app, you will find everything, and you can efficiently operate your device from there.

Apple never compromises on the security of data and privacy of users. The idea of software-hardware compatibility stems from this fact, and this is why Apple doesn’t allow others to manufacture hardware.

While using an iPhone, the user is in an upbeat mood, as they know they are using a highly secure device, which is quite simple to use. The design and shape of Apple devices are so attractive that Apple’s archrival was enticed to plagiarize iPhone’s design in 2011.

The debate sparked with a paradox that best things are always cheaper. And now I have fully understood why Apple iPhones are less expensive than any other Android mobiles.

Many Apple competitors have thrown in the towel, as they can’t beat Apple on major fronts – like OS update, security, sharing, privacy, resale value, design, hardware, and ecosystem.

Which Apple features do you like the most? What makes iPhones cheaper than Android phones? Share your feedback and opinions with us in the comment box.