Ever since Apple released its iPhone XR without 3D Touch feature, a debate has sparked around the death of this force touch technology. Apple first introduced this feature in its flagship iPhone 6s and 6s Plus. In subsequent years, Apple retained this feature in its iPhone 7, 7 Plus, 8, 8 Plus, iPhone X/XS, and XS Max. However, Apple has started to diminish the importance of 3D Touch with iOS 13. This made users and experts think Apple might ditch 3D Touch in 2019 iPhones.

When Apple sold its iPhone 6s and 6s Plus with 3D Touch technology, it became a selling point for the brand. Notably, iPhone 6s broke the sales record of iPhone 6, which was released in 2014. Apple sold 13 million iPhone 6s models, exceeded the 10 million launch sales of iPhone 6. Unfortunately, in later iPhone models, 3D Touch began to lose its charm. As a matter of fact, consumers were not willing to use this feature in iPhone 6s itself.

Death of 3D Touch and Why Nobody Opposes

Apple seems to have decided to phase out 3D Touch from its flagship devices. There are a few reasons for this decision.

3D Touch failed to garner popularity of Tap, Swipe, and Pinch – the three most used multi-touch gestures from Apple. Probably, users have no patience to wait upon for a few microseconds 3D Touch take to pop up options.

A Tap, Swipe, and Pinch are relatively quick and easy to use. Note that 3D Touch requires users to adjust the pressure sensitivity. And this again is a repulsive factor for any user.

3D Touch’s Use on Apps and Games

Developers of apps and games initially displayed some willingness to design 3D Touch compatible games and apps. Later, however, the developer community was reluctant to include this feature in their contents.

Interestingly, PUBG, which is an insanely popular game among youth, introduced 3D Touch support as late as April 2018. There can be other apps and games, which do not offer 3D Touch support.

iPhone XR Doesn’t Have 3D Touch and People Are Happy

Probably, Apple had made up its mind to discard 3D Touch from its iPhone series (2018), and therefore, it launched iPhone XR without 3D Touch. Apple didn’t give the same treatment to iPhone XS and XS Max. It is clear now that Apple never wished to save a few bucks by not giving 3D Touch to iPhone XR. Apple planned to warm up its users to a world without 3D Touch. 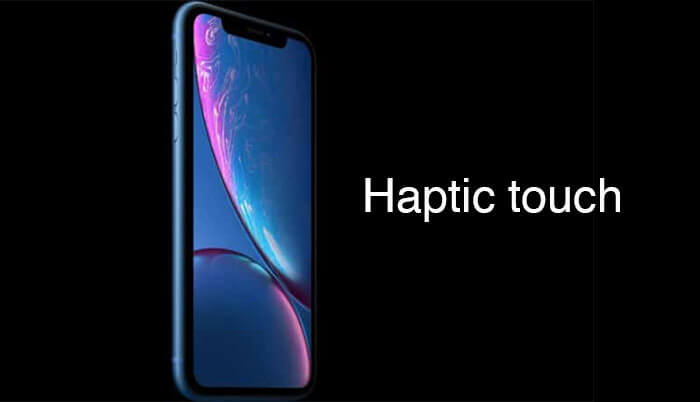 As expected (or not expected), people didn’t complain about the absence of 3D Touch. Sensing the general feeling of consumers, The Verge has nicely put why people rejected 3D Touch outright: “Its use often amounted to the right click of a mouse, which is funny coming from the company that famously refused to put a dedicated right button on its mice or trackpads. And selecting from those right-click options was rarely faster or a substantially more useful way of getting something done than just tapping the button and manually navigating to where you needed to go.”

Is There Any Loss?

The release and revoke of 3D Touch feature from iPhone 6s and iPhone XR respectively, have gone unnoticed. This means nobody actually bothers about this facility. People have always been indifferent to this feature. The message is loud and clear, whether or not Apple gives this feature; users won’t use it. It’s a no-loss, no-gain business.

It wouldn’t be an exaggeration to say nobody knew 3D Touch existed in their iPhones. The gravity of this feature can be measured from the fact that people never cared when 3D Touch would stop working on their iPhones. In this situation, it is only wise to bid farewell to this feature.

How often do you use 3D Touch on your iPhone?