iOS 14 Features You Need to Know About

The excitement surrounding features in iOS 14 is at an all-time high as Apple just unveiled it at WWDC 2020. iPhone 6s and later support it. Along with visual improvements, the latest iOS version has embraced some notable highlights. We have compiled this list to help you know about all the new and praiseworthy features. Take a look.


Widgets on the Home Screen

iOS 14 now supports redesigned widgets on the Home screen. There are three widget sizes to choose from – Small, Medium, and Large that perfectly suits your needs.

Widget stacks let you create stacks of up to ten widgets on top of each other. You can switch between them by simple swipes.

Siri Suggestions widget, Smart Stack, and Widget gallery are some other fine additions. In short, iOS 14 has revamped in-built and third-party app widgets. 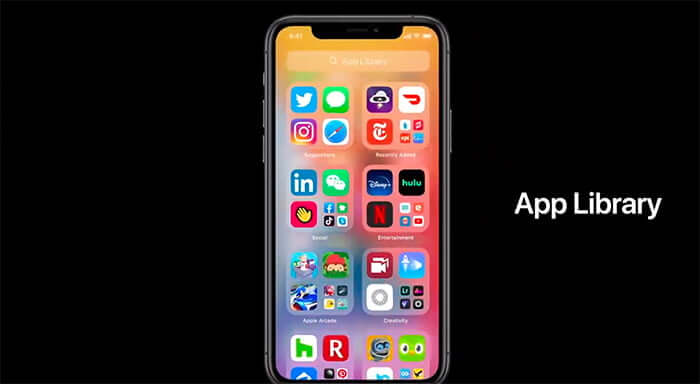 When you have several apps across several pages, it gets tough to find and reach them. App Library is a newly organized space that automatically categorizes and organizes your apps in easy to navigate view. It is at the end of your Home Screen.

Suppose you have eight pages of Home Screen. In iOS 14, you can only keep two, remove the rest, and have all apps, easily accessible in an easy to view App Library. 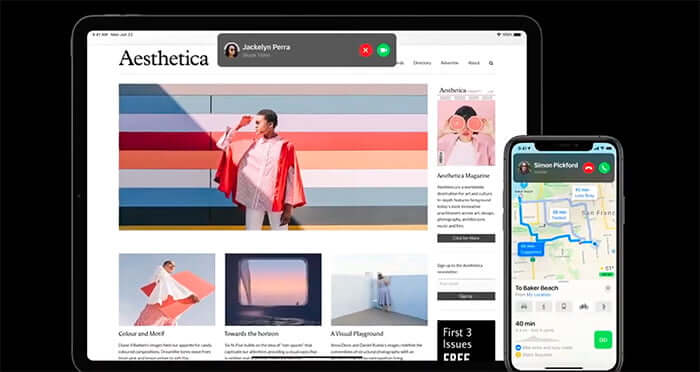 This was much needed, and leaks already suggested that we might get this. Both on the iPhone and iPad, now when you are using the device, and receive an incoming call, it does not take the full screen. Instead, you see a compact call notification. This works even for third-party VOIP calls with apps like Skype. 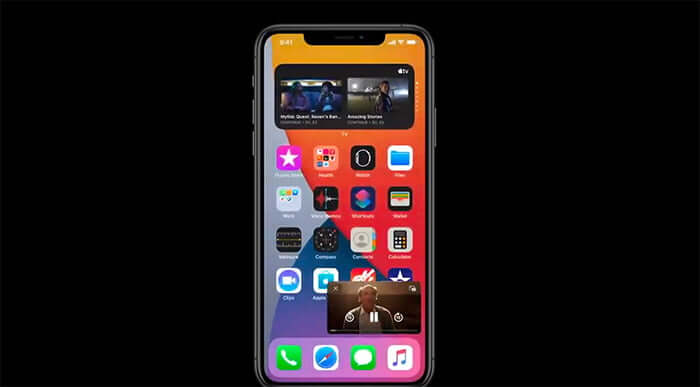 This is just as it is on Mac and iPad. You can now keep watching videos or continue talking on FaceTime video calls in PiP mode on the iPhone.

You can drag it to corners or use pinch to zoom to change the window size. And if you want to reclaim the full-screen real state, you can even minimize the Picture-in-Picture screen out if the Home Screen (the audio will continue to play). A tab, lets you pull it back on display when needed. 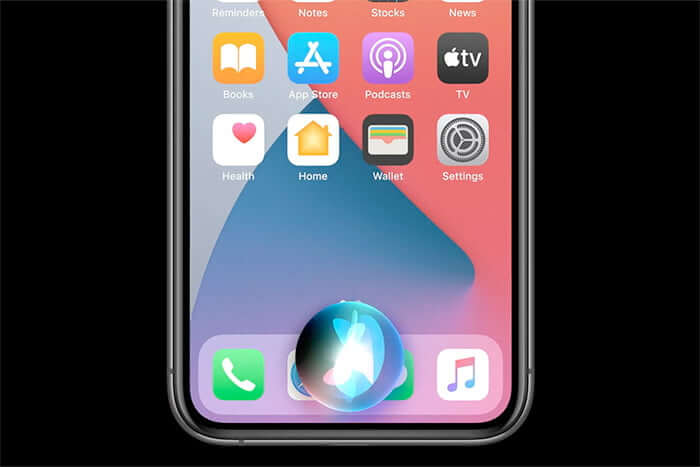 Now, Siri becomes visually smart. It does not take the entire screen when you summon it. Instead, you are able to see everything else on the screen. The Siri icon stays at the bottom of the screen and works on your command. The Siri results appear on the top of the screen like a notification. Also, in iOS 14, Siri gets the ability to send audio messages.

Now, the Apple browser supports inbuilt conversion. When you come across a webpage in a different language, Safari can translate it for you. Currently, it supports eight languages.

Safari can now help you upgrade to ‘Sign in with Apple’ or automatically generate a new password if it detects that your password may have been involved in a data breach.

The Privacy Report button shows you cross-site trackers that Safari is blocking by Intelligent Tracking Prevention. 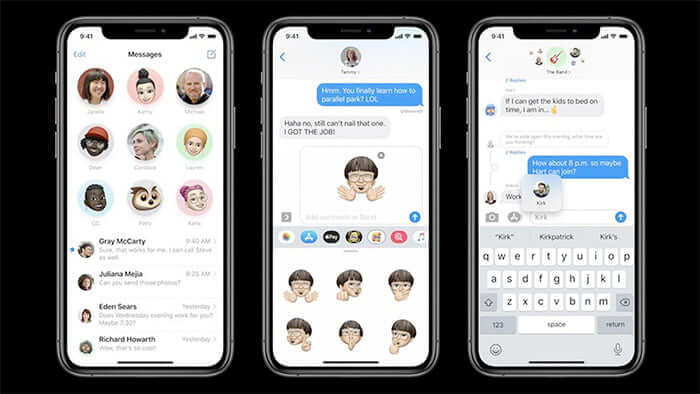 At times, it gets challenging to keep track of chats. To fix this, now you can smartly pin-up to nine conversations to the top of the list. And all these syncs with your iOS, iPadOS, and macOS devices.

You can now set an image for your group conversation that all members see. Further, you can also use Mentions by typing the person’s name to send a direct message to him. You may even choose to get notifications only for instances when someone mentions you.

Inline replies, let you send your response to a particular message while in a group conversation.

These are some of the new improvements with group iMessages. However, most of these are already present on other leading chat apps like WhatsApp. 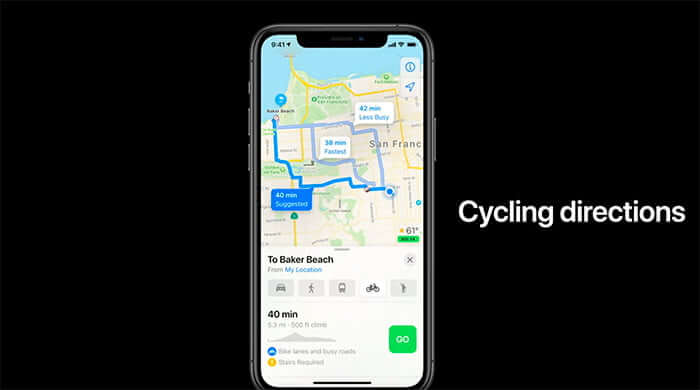 Apple has been working hard to improve its maps. And with iOS 14, it now gives you smart cycling directions and adds charging stops along your route automatically. 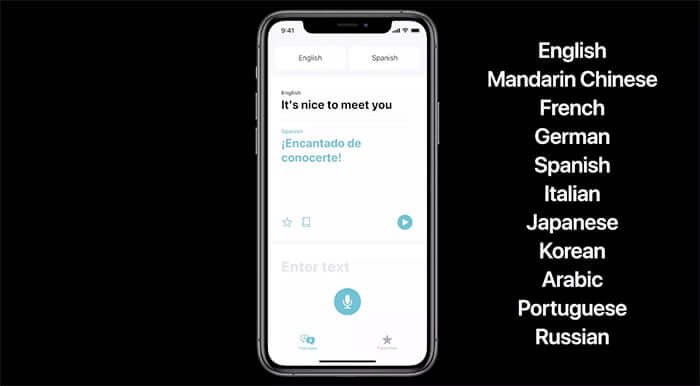 Voice translation uses on-device processing to translate voice. Further, you can translate downloaded languages with a voice even when you have no internet access. 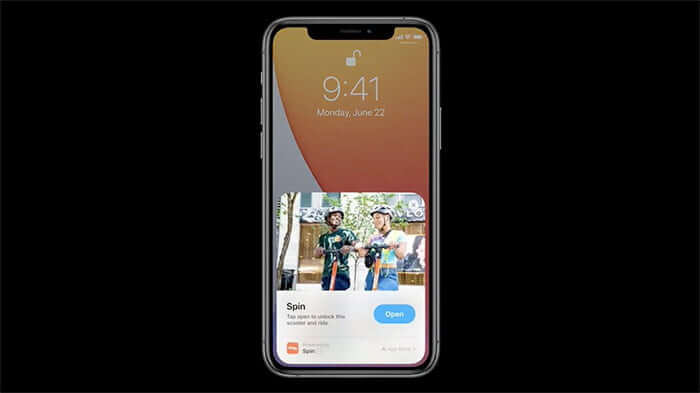 These are not apps but a small part of an app. They are not installed on your iPhone. Instead, an app clip can be found by tapping NFC tags, scanning QR codes, or from Messages, Maps, Safari, or codes.

An App Clip is focused on a specific task and is usable in just a few seconds. When you finish using them, they go away. However, if you like, you get the option to download the full app. Apple Pay and Signing in with Apple are built-in to App Clips, which makes payment and logging in fast and secure.

Apart from the above mentions, there have been multiple changes throughout. For example, now you can share your approximate location with an app instead of your precise location.

A recording indicator shows you when an app is using the device mic and camera or both. AirPods now have automatic device switching that automatically lets you use the buds with your iPhone, iPad, and Mac according to the best needs.

Similarly, there have been improvements with CarPlay, Home app, Search, and more.

These were the best new highlights of iOS 14. Currently, it is in the developer beta state. We already have an easy guide that shows how to install it on your device.

Public beta is expected to launch in July. And we will get the full version most likely in September – just around the corner, next-generation iPhones are launched.