There may be tons of power banks for iPhones with advanced technologies as well as enviable efficiency. However, there won’t be too many power banks which will provide you ultra-convenience not only while charging your iPhone but also carrying it with utmost ease.

If ultra-portable design and the ability to charge your device quickly are put into account, there are very few power banks which will appeal your quest. Intocircuit PowerMini 3000 Power Bank has been smartly made to be your readymade choice if you are craving to handpick sophisticated efficiency over anything else. Putting all the pros and cons into right perspective (without the least of bias), let’s dive ahead to know why it will help you make a cool option for you! 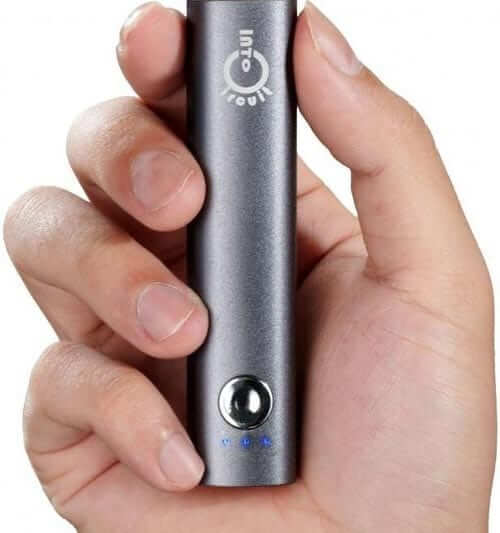 The Intocircuit has a striking similarity with a lipstick. The cylindrical, aluminium design makes it compact. The power bank can easily find itself securely placed in any pocket with ease. Hence, you won’t have to worry much about how you can carry it.

The portable design sets it apart. Moreover, it is compatible with a number of devices. As compared to other custom power banks with plenty of bulk, it is a move on from the age old traditional ones!

The PowerMini features 3000mAh battery which is equipped to charge your iPhone much faster than you could expect from it. Though it goes a bit slow while charging larger devices such as tablets, it performs an excellent job as far as charging smaller devices are concerned.

It comes with a single USB output rated 1A which limits its usability to a certain extent. However, as it is made for a specific purpose and designed to provide amazing convenience unlike any other conservative power banks, you would want to have it with great conviction.

The power bank features a blue three-LED system that keeps you informed about how much power is left. Each LED signifies 1000mAh. The technology brings the needed efficiency which you want in the charging process.

It has a built-in flash light to be used in low light areas. Just double press the button to start the flash light. And to stop it, do the.

The Power Mini is fashionably cool, apart from standing up to your expectation with relatively appreciable performance. Given the price you may pay (less than $10), it seems to provide you an unbeatable value to your buck. Though not so efficient for larger devices, it has its own limit. Nevertheless, if picked for the right usage, it will impress you to the core. That’s ditto!