In order to make sure, it remains at pace with other popular social networking apps like Instagram, Snapchat; Twitter has really upped the ante in recent time. Features like the ability to let users add awesome GIF, emoji and even draw on photo and edit video as well as mute abusive words has made the news app a lot better.

How to Use QR Code in Twitter on iPhone

Make sure you have the latest version of Twitter installed on your iPhone.

Step #3. Now, tap on the gear icon near your profile picture. 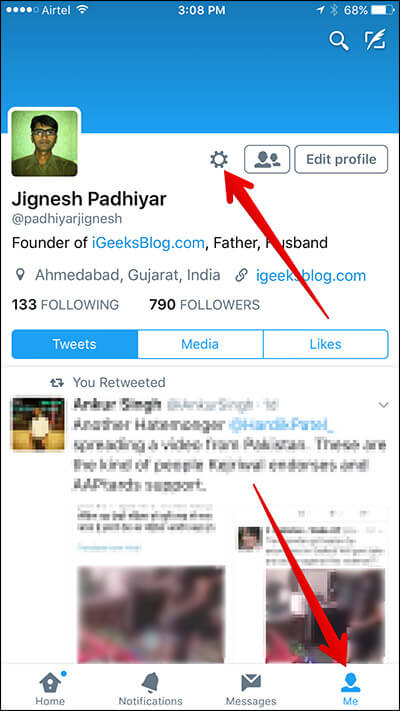 Step #4. A menu will open from the bottom. You need to select QR Code. 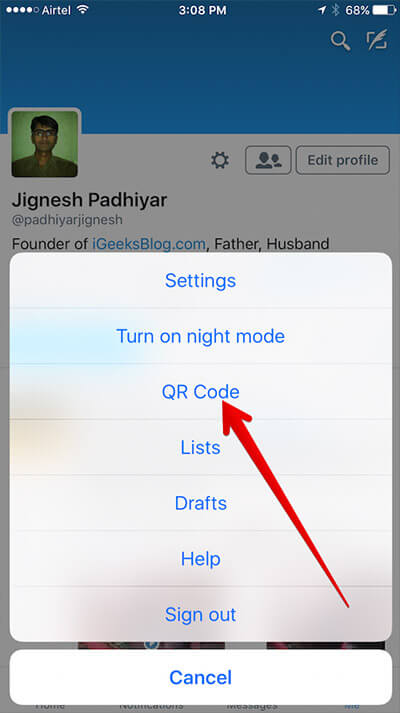 Step #5. Allow the app to access your Camera in the popup.

How to Scan Someone Else QR Code in Twitter

Scanning someone else QR Code is very simple. It’s just like using your iPhone’s camera.

Step #3. Now, you need to use your iPhone’s camera to scan the QR code of the person you want to follow. 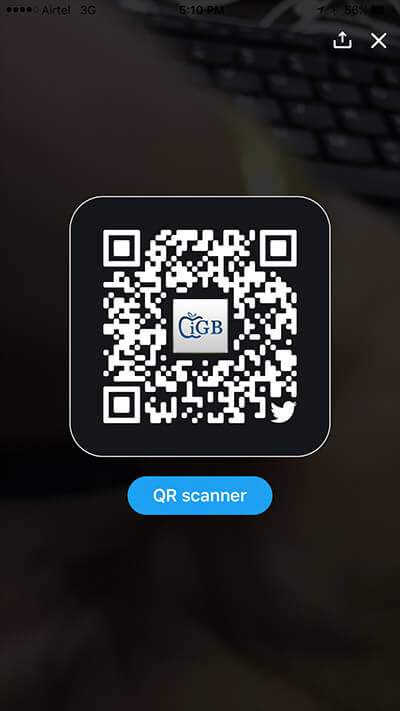 There is another way you can view your Twitter QR Code and scan others’.

Step #2. Next, make sure Home tab is selected at the bottom. Tap on the Connect button at the top left the corner. 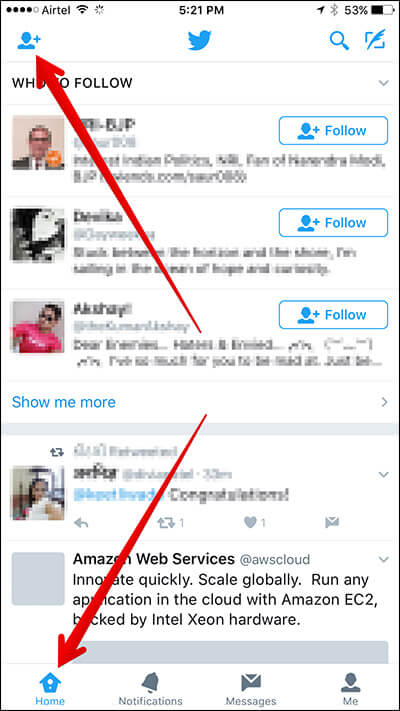 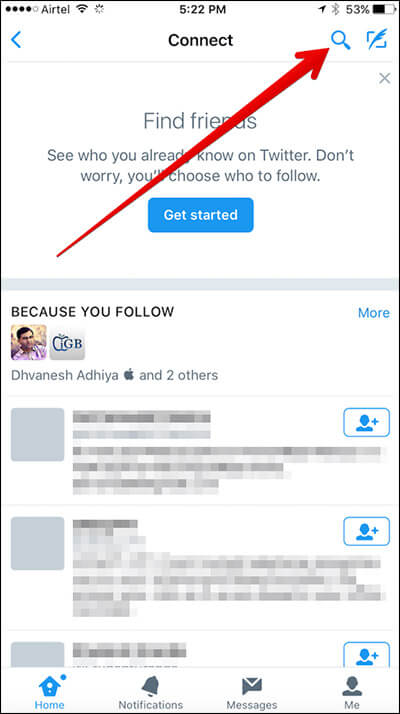 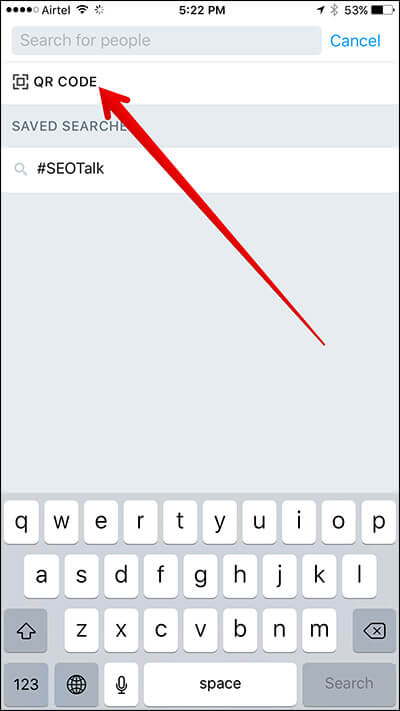 Next up, either scan others QR Code or view your own.

Step #2. Tap on the share icon at the top right corner. 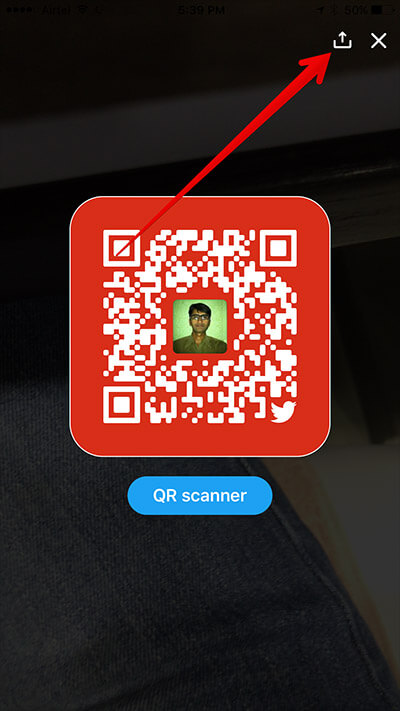 Step #3. Now, you have to select Share via and choose your favorite medium from the iOS share sheet. 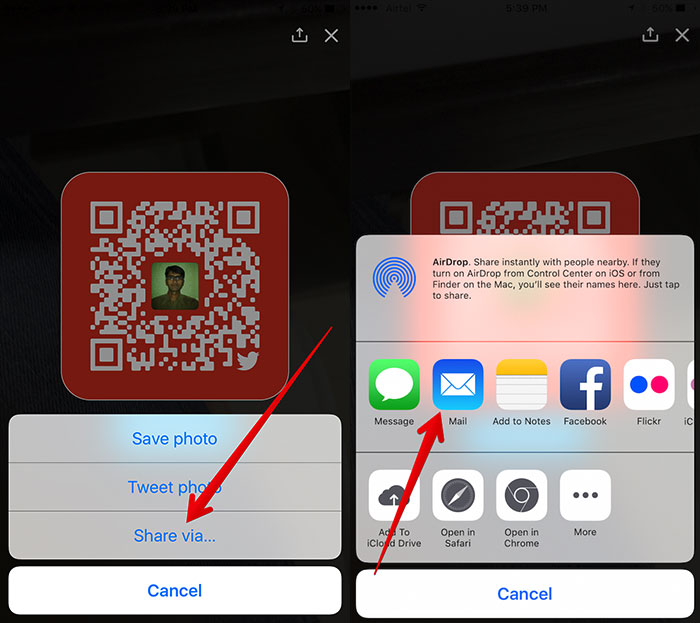 How to Save Your Twitter QR Code on iPhone

Step #2. Tap on the share icon. And, select Save Photo. 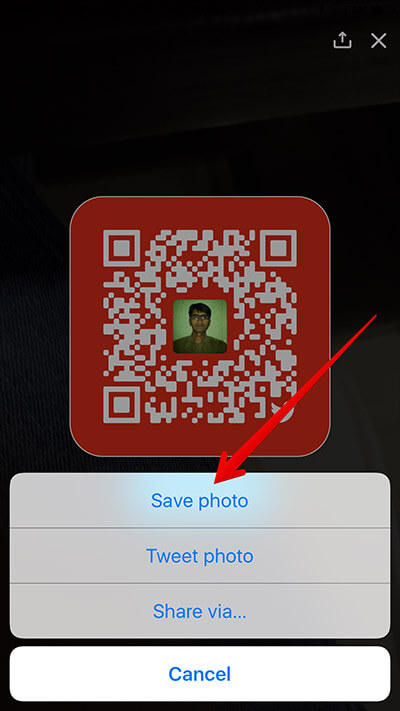 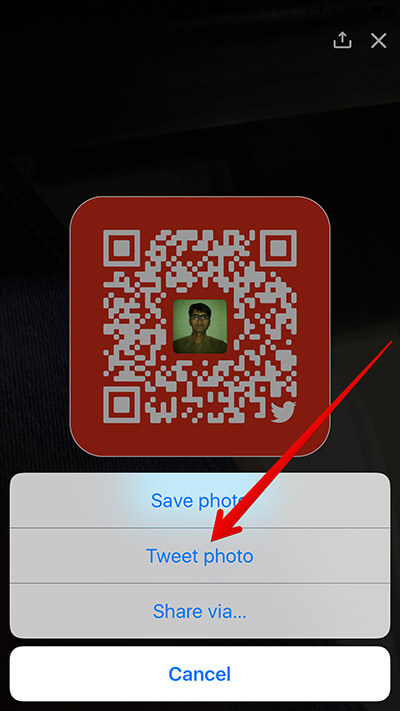 You can add emoji and even draw on it to give it some more personal touch. 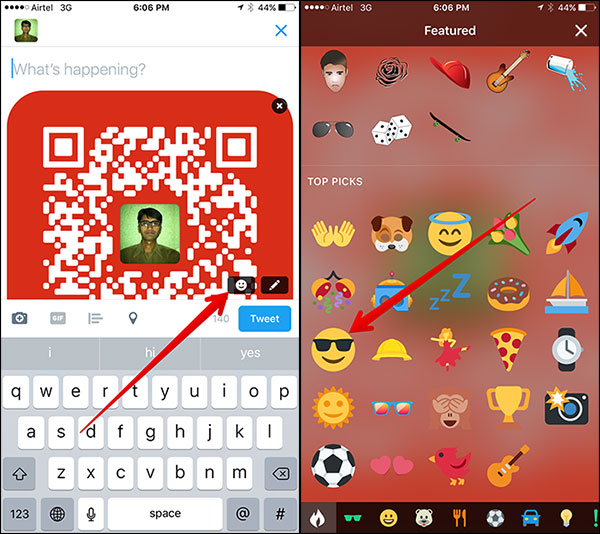 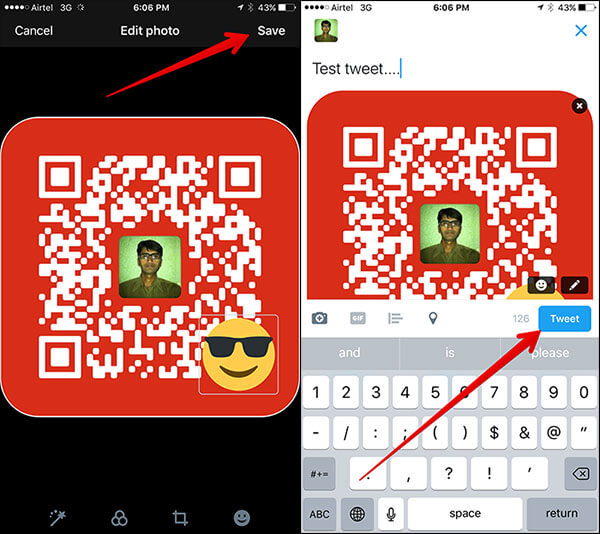 How to Upload a QR Code from iPhone’s Photo Library

Step #1. Open Twitter → Tap on Connect button at the top left the corner.

Step #3. Tap on a camera icon. Then, you need to select the saved QR code from the photo library and upload it as usual. 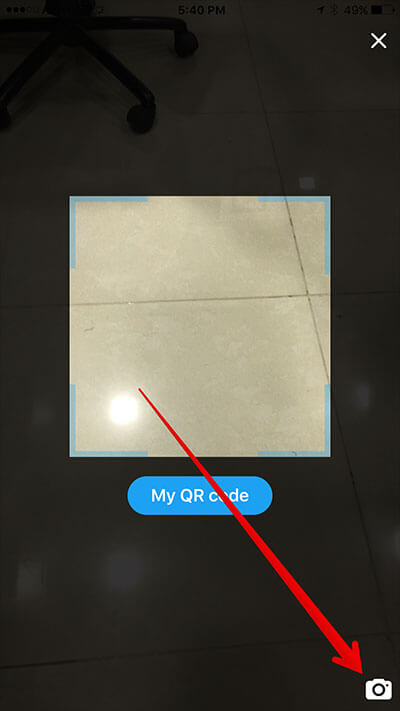 That’s it! What do you think of this new feature? How much helpful is it from a users’ perspective? Do let us know that in the comments below.