How to Turn Your iPad Into A Digital Photo Frame?

I guess quite a lot of people know that tablets can be turned into a dynamic photo frame when they’re not being used. The case is so true of all the iPads including the latest iPad with Retina Display. If you like having digital photo frames, you can turn your iPad into one using the Picture Frame feature.

Apple’s iOS for the iPad has some tablet-specific features. “Picture Frame” is one of them. The feature lets you showcase photos from your albums, effectively turning your iPad into a digital photo frame. In the following tutorial, you’ll learn all about setting up and starting the Picture Frame. 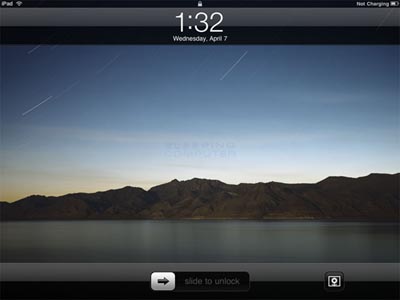 Picture Frame is turned on by default but let’s make sure it’s ON.

Picture Frame lets you control a variety of things like which photos to show, how long should each photo be displayed, what the transition should be like etc.

Turning the iPad into Picture Frame

Popular use of the Picture Frame is when you don’t use your iPad much (say, at the office, where you would be working on a Mac/PC) and you can make it a digital photo frame instead, relishing some of the best memories of your life in pictures.