Siri Integration with WhatsApp was introduced in 2016 to let users send messages using the personal assistant. However, it had the support for only individual conversation. Thanks to the latest update (version 2.18.80), it’s now finally possible to send WhatsApp group messages using Siri.

When I’m on the go or relaxing, I prefer to use Siri to carry out some actions like sending email, making FaceTime calls and more. Hence, I had been waiting for this update for a long time. Now that it’s rolled out, I’m set to give it a try. What about you?

How to Use Siri to Send WhatsApp Group Messages on iPhone

Make sure you have allowed WhatsApp to use Siri. To do so, open the Settings app on your iPhone → Siri & Search → WhatsApp and then turn on the switch next to Use with Siri.

(Note: The apps you use with Siri may send certain info like contacts to Apple to process your requests.)

Ensure your iPhone is running iOS 10.3 or later.

Besides, be sure to update WhatsApp to the latest version, if you haven’t done it already. App Store → Updates and then hit the Update button next to WhatsApp.

Step #1. To get started, invoke Siri on your iPhone. 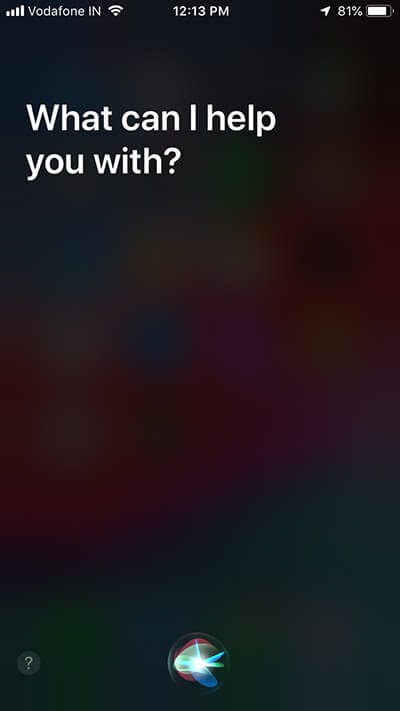 Note: In case, you have multiple groups with similar names then Siri will show them in a list. Then, you need to select the one to which you want to send the message.

Step #3. Now, you need to dictate the message and confirm. Then, send it.

This new update is a worthy addition to WhatsApp’s already rich roaster of features. I think It should have arrived much earlier. Anyway, better late than never!

You might want to read these posts as well: