The latest iPad Pro is loaded with some power-packed features including “ProMotion display.” It doubles the screen refresh rate from 60 to 120 fps (frames per second); enabling the tablet to run more fluidly. Besides, it makes scrolling a lot smoother and drawing with Apple Pencil lag-free. Though the display technology plays a significant role in enhancing user-experience, it does put a bit more pressure on the device; thereby increasing the power consumption. Luckily, there is an option to restrict ProMotion display frame rate to 60 fps on iPad Pro.

ProMotion smartly adjusts the display refresh rate between 24FPS, 30FPS, 48FPS, 60FPS and 120FPS primarily based on the content you are interacting with your iPad Pro. For instance, when you are scrolling web pages in Safari, it will increase the LCD panel refresh rate to 120FPS to let you comfortably read the text. And it may lower the refresh rate to 24FPS, 30FPS or 48FPS or 60FPS when you are watching a movie or viewing a still image. This intelligent adaptability not only boosts the performance of the iPad but also conserves battery.

If you are ready to sacrifice fluidity in favor of extending the battery life, head over to limit ProMotion display refresh rate to 60 fps on your iPad Pro. 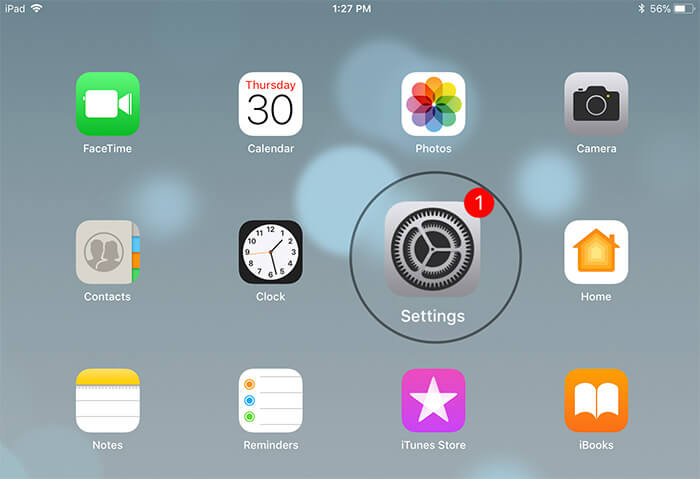 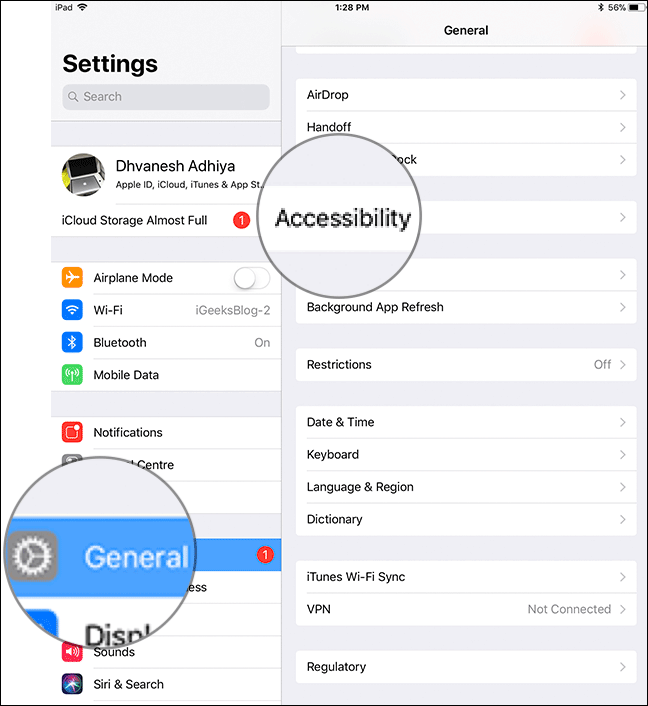 Step 3. Tap on the Display Accommodations. 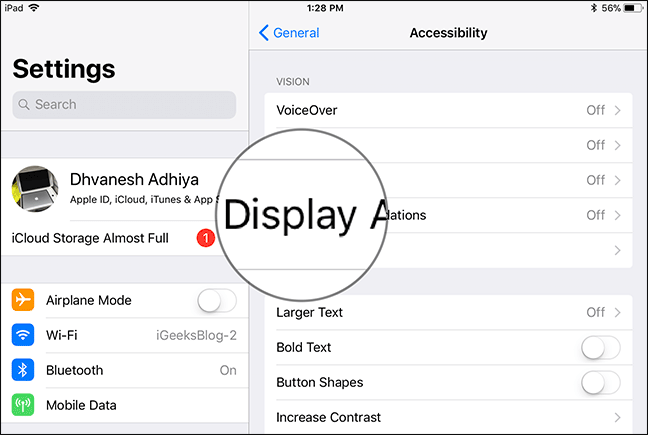 Step #4. Finally, turn on the switch for “Limit Frame Rate.” 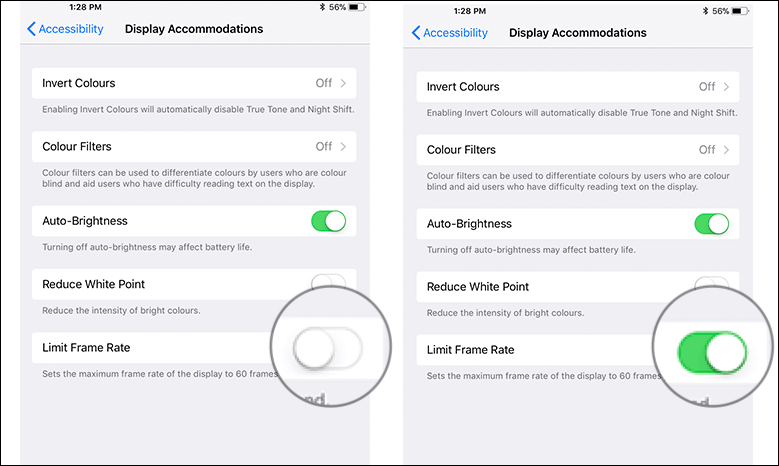 Going forward, your tablet will adjust the screen refresh rate between 24, 30, 48 and 60FPS.

It will bolster the battery life of the iPad. However, Apple Pencil’s lag time of 20ms will double to 40ms. Hence, you won’t be able to draw smoothly.

Besides, text and web pages won’t appear crisp. And it will take a bit longer to complete actions like dragging and dropping, scrolling through photos, etc.

If you ever want to remove the limitation, follow the same steps we have just mentioned and then turn off the switch for Limit Frame Rate in the end.

What’s your take on ProMotion? Share your feedback in the comments below.

You might want to read these posts as well: