How to Remove iOS 13 Beta and Install Official Release

If you are fed up with the beta version of iOS, you can now update your iPhone to the official release of iOS 13. Apple has now publicly released its latest iOS for end-users. Say bye-bye to developer beta and greet the public release of iOS 13.

Before you go ahead, you need to check the compatibility of your devices. Note that if your current iPhone or iPad is not compatible with the latest Apple operating system, you cannot use its features. Without much ado, you can go ahead and exit the iOS 13 beta program first.

How to Update iPhone from iOS 13 Beta to Public Release

Before you update your device to the official version of iOS 13, you need to take a full backup of your data. During your migration from beta to the public, you may lose your precious data. To avoid this situation, you should back up your iPhone. Once you take back-up of your device, follow the steps given below. We have mentioned two methods: using iPhone/iPad and via iTunes on your Mac. 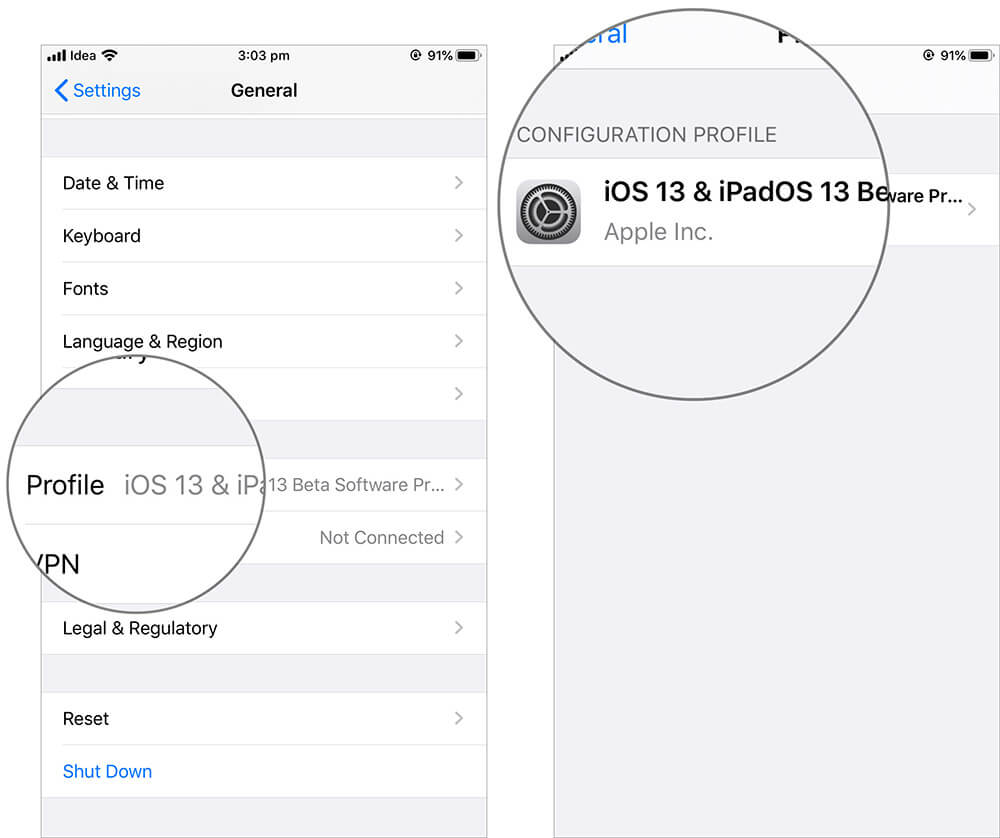 This option is seen only in those devices, which run iOS 13 beta. If you are using the official iOS 12, you won’t find Profiles on your device.

Step #5. Apple may ask you to enter your screen lock passcode; enter the passcode. 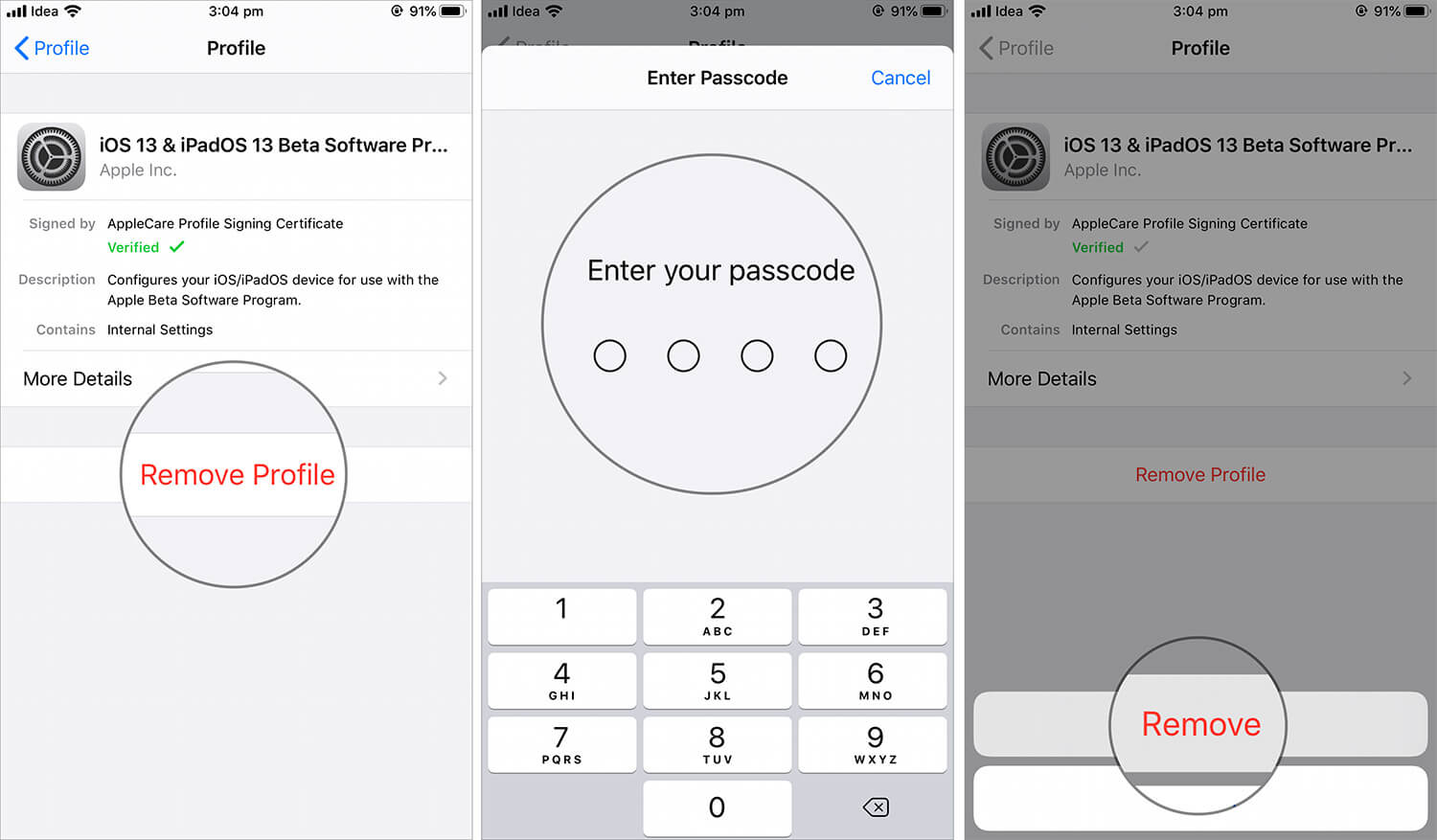 This is not yet done; you need to shut down your iPhone. To restart your iPhone, just hold down the power button for a few seconds until you see an Apple logo on the screen.

Once you have removed the beta profile of iOS 13 from your device, you can download and install the public version via an over-the-air update.

Some users like to use iTunes to update their iOS devices to the latest official release of iOS. Here is the detailed method.

Step #1. First off, shut down your iPhone or iPad.

Step #2. Next, connect your device to your Mac or computer via lightning cable.

Step #3. Keep your device connected to the computer and press and hold sleep/wake and home buttons simultaneously. If you are using iPhone 7 or later, you need to hold down side and volume down buttons.

Note that you are not supposed to release the buttons even if you see an Apple logo; you have to hold the buttons until your device shows the Recovery mode symbol.

Step #5. Your computer will prompt you again to click the Update button to download and install the public profile of iOS 13.

Put your iPhone 8 or later in Recovery Mode

If you own an iPhone 8 or later devices, you need to follow a bit different method.

Step #1. Close iTunes (if it is open on your Mac or computer).

Step #2. Now connect your device to the computer through lightning cable.

You have done it! Your iOS device will download and install iOS 13 or iPadOS 13.

In case your device gives you two options of ‘Update’ and ‘Restore,’ you should choose the first one, i.e., Update. If you select Restore, it will delete all your device data. If you have already taken back-up of your device, you should not worry.

Is your device already running iOS 13.1?

Apple has introduced some extraordinary features in iOS 13 and it is rightly called the most feature-rich software update ever. By following the above two methods, you can start using and exploring iOS 13 on your iOS device. However, you need to ensure your device is compatible with the latest operating system of Apple.

How to Fix FaceTime Waiting for Activation Error on iPhone

Is FaceTime giving you issues with waiting for activation? Learn why this happens and how to fix FaceTime activation error on iPhone with some simple solutions.
Read more
How-to

How to Keep MacBook from Sleeping With Lid Closed

You may want to keep Mac from sleeping when you are downloading big files, performing Time Machine backup, rendering a video file, and in...
Read more
How-to

How to Delete iCloud Backups on iPhone, Mac, and Windows PC

Apple gives a mere 5GB of free iCloud storage space. Many in-built and third-party apps save data in it. And on top of that,...
Read more
Apple Watch

How to Read Heart Rate Recovery on Apple Watch and iPhone

Check on your heart health by learning how to see Heart Rate Recovery on Apple Watch and iPhone. Learn what is HRR and why you should keep track of it.
Read more
© iGeeks Media (iGeeksBlog.com) - All rights reserved