How to Gift an iBook from the iBookstore On iPhone/iPad

Just in time for the holiday season, Apple seems to have added a gifting feature to its iBookstore. While you can gift apps, songs, albums and movies from the iTunes & App Store, you can now gift books too!

Macworld wrote about the feature first and we’ve tried this on our iOS 7 devices: iPhone and iPad. And it works fantastically, very much similar to the way you gift an app or a song. Dive right in to learn how.

How to Gift an iBook from the iBookstore On iPhone & iPad 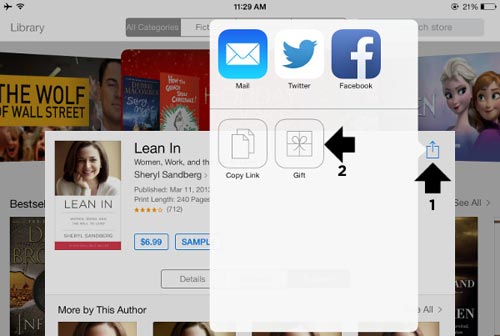 There are a few silly limitations though. The first thing is you can’t send an iBook as a gift to someone who’s in another country. At least, as long as their App Store is configured to another country, they cannot receive the gift (or open it). The workaround lies in changing the country region setting but that’s just it, a workaround.

Nevertheless, it’s interesting to note that you can now send books as gifts instead of having to send an iTunes Gift card and then ask the person to pick a book from the iBookstore. A lot of users have been asking about this feature and here’s Apple debuting the iBooks gifting feature right in time for the holidays.