How to Change Video Resolution in Camera App on iPhone

Looks like Apple is paying close attention to criticism like never before. If the three-finger gestures for undo/redo sounds pretty swift, the ability to adjust resolution and frame rate settings directly from the Camera app in iOS 13 seems to have fulfilled the wish of a lifetime – at least for shutterbugs!

Though this little tweak is unlikely to make headlines, it’s surely going to make the redesigned Camera app more intuitive. After all, nobody wants to venture deep into the Settings app just to access video resolution and frame rate controls, do they? Certainly not when you expect nothing less than a seamless experience.

Anyway, it’s always better to get rid of the shortcomings than never. With that said, let’s get into the quick steps!

Step #1. Launch the Camera app on your iPhone.

Step #3. Next, check out the resolution and frame rate controls for video at the top right of the screen.

You can simply tap on each option to choose your preferred option like 720p HD at 30fps (space-saver), 1080p HD at 60fps (smoother) or go for the 4K at 60fps (higher resolution and smoother. Do note that this new add-on works seamlessly for both selfie and rear camera. 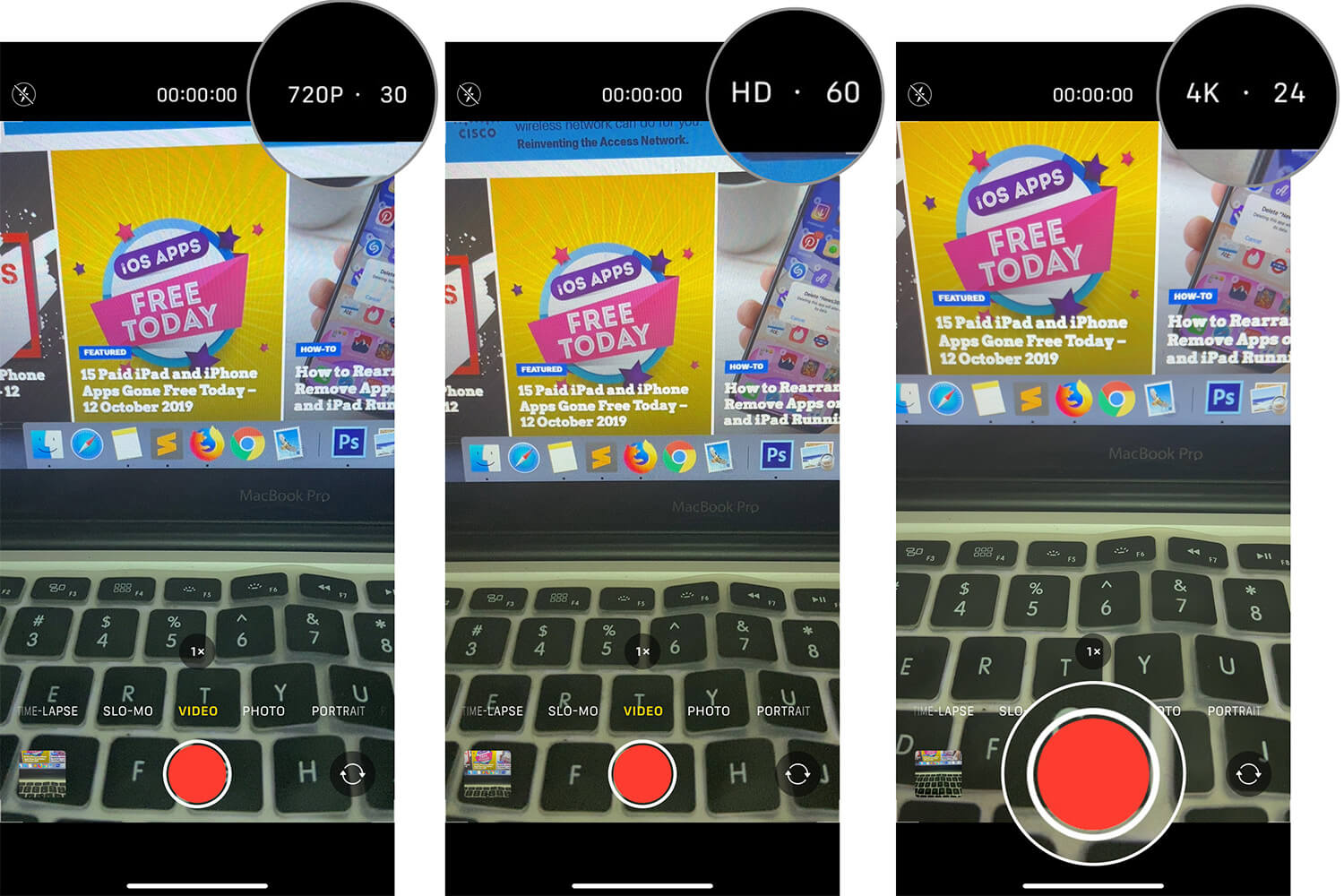 Then after that, hit the red shutter button to start recording the video as usual. So, that’s the straightforward way of altering frame rate and resolution on your iPhone 11/11 Pro or other compatible iOS devices.

Though this neat implementation is going to be very handy across the board, the iPhone 11 Series devices that claim to be the best in the business are likely to benefit the most. And rightly so as Camera is touted to be the biggest differentiator on the 2019 iPhones.

I had been calling for an intuitive way to tweak video resolution settings on the iPhone for long. So, I’m really glad that Apple has finally fulfilled a long overdue demand.

What do you think of the redesigned stock camera app for iOS? Has it got better? Feel free to share your thoughts in comment box.