How to Avoid Tolls and Highways with Maps App on iPhone

Not too long ago, Google Maps was an automatic choice for several iPhone users. With more accurate information and a number of user-friendly features like street view and indoor maps, it has continued to be a top-notch asset for travelers.

However, the Apple Maps app has admirably closed the gap and become as reliable as any other app. Whether it’s accuracy or advanced features such as Transit, the Maps is second to none from every aspect.

With iOS 10 installed on your iPhone, you can enable “Tolls & Highways” to avoid them while traveling. It’s a very handy feature that ensures you don’t face long stoppage or rush while on the go. Google Maps has this feature for a long time. Fortunately, Maps has got it as well.

Step #1. Launch Settings app on your iPhone → Scroll down and tap on Maps. 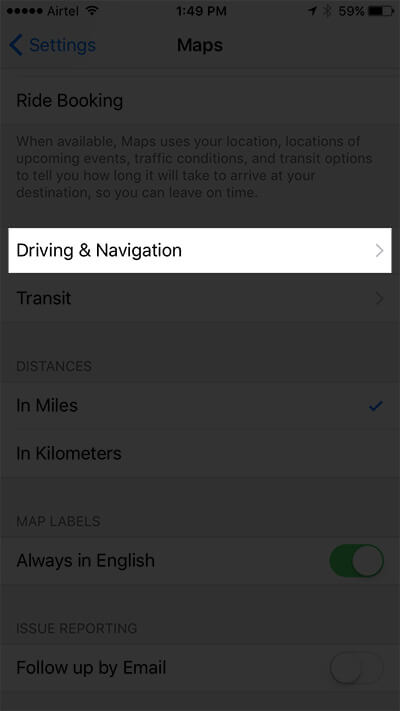 Step #3. Under Avoid, you will have the option to turn on Tolls and Highways separately. Turn the switch next to them.

How to Disable Avoid Tolls & Highways in Apple Maps


If you no longer want to keep Tolls and Highways enabled, you can turn them off.

Step #2. Finally, disable the switch next to Tolls and Highways.

Honestly speaking, I had been a huge critic of the stock Maps app. Its accuracy was not up the mark as compared to its rivals.

Hence, I didn’t use it much. Nevertheless, it has been able to impress me in recent times thanks to massive improvements. Hopefully, it continues to get better adding more stand out features.