I do have a liking for puzzle games. But not all of them entice me to play. Whenever the mind asks for some refreshment, I mostly go for the high-octane RPG games. However, I also relish my encounter with some beautifully crafted puzzle games. Recently, when I got a bit bored with action-packed games, I was on the lookout for the games that could offer some food for the thought. That’s when I came across “Hexologic” that offers pretty cool Sudoku-like gameplay. More after the break…

During my first encounter with this hexagonal grid-based puzzle game, I thought it’s not going to keep my interest intact for too long. Frankly speaking, it seemed to be a tad too simple up front.

But once I dived a bit deeper, the game seemed to have completely engrossed me so much so that I wished to go on and on. And yes, it did give my mind a long run.

The rule of the game is pretty simple yet very intriguing. Simply enter the dots in the hexes so that they perfectly match the corresponding number. You are not allowed to put more than three dots so, you’ve got to be smart in getting them right. 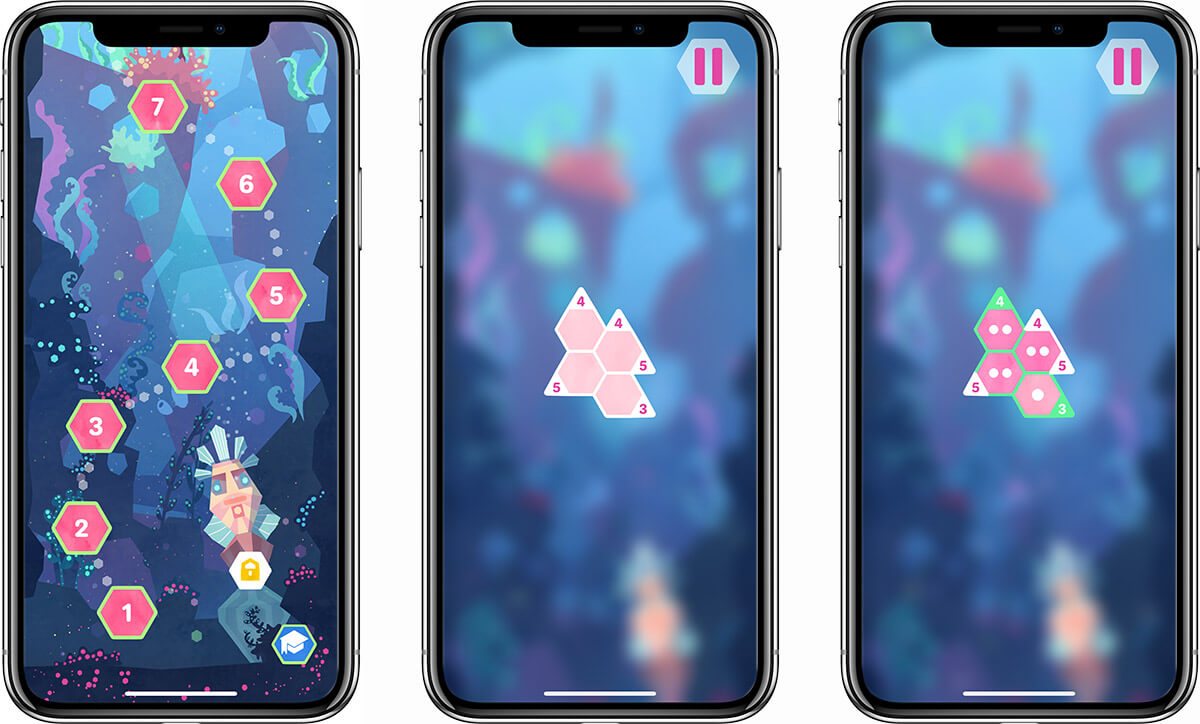 While playing the game, I hardly broke any sweat during the initial phases. But once I progressed to the higher level, I had to put plenty of efforts to get through.

The real beauty of the gameplay lies in the straightforward concept that makes you believe that you can knock down the challenges with consummate ease. However, when you are not able to get your Math right, you get to know its real magic.

Whether you are a veteran or a newbie, you will find this game spot and enjoy every bit of it.

“Hexologic” has packed in with more than 60 neatly crafted levels. In many cases, you may find them enough to keep you hooked for hours. Though the concept of the game remains the same, the challenge continues to mount as you progress. And there comes a time when it becomes a herculean task to knock down a level.

It took me around 3-4 days to finish all the available levels. Once I passed all of them, I wished I could carry on. It would be better if there more options.

While playing the game, the one thing that I really want to be in charge of is nice music. The game ensures you remain buoyed to get through several levels at a stretch with the atmospheric soundtracks.

The relaxing music seamlessly complements the gameplay. As a result, you don’t seem to get bored even after several rounds. Moreover, it also plays a good role in chilling your mind and offering it plenty of juice to get refreshed.

Hexologic is available for $0.99. Considering all the features and the fun it brings, I think it’s pretty on point. As for compatibility, it supports iPhone, iPad, or iPod touch to running iOS 7 or later. Hence, even if you have an older iPhone or iPad, you can play this game without any issue.

If you have a penchant for puzzle games, you would love to have a go at “Hexologic.” And, if you have already played Sudoku games, you will find it refreshing.

Having given it a long spin, I can vouch for its ability to help you get rid of stress. Once you get started with it, you would want to return to it every time your mind would want to indulge in the intriguing conundrum. That’s for sure!

Let me know what you think of this game down below in the comments.