Handoff Not Working Between iOS 11 and macOS High Sierra?

For the past few days, Handoff hadn’t been working on my iPhone running iOS 11. Even though the Continuity feature was enabled on the iOS device, I was unable to transfer activities between iOS 11 and macOS High Sierra devices.

Initially, I ignored the issues, as I didn’t have time to give a thorough look at it. But today I thought it’s time to put an end to the problem and make it work again. After trying a few solutions, I was able to fix Handoff not working issue. Take a peek at the solutions that I tried and give them a chance if you are looking for some quick ways to troubleshoot this Continuity feature!

Handoff Not Working Between iOS 11, macOS High Sierra and watchOS 4

Before trying to find the solutions, let’s check out some of the important things: 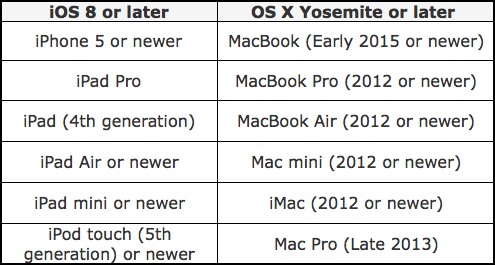 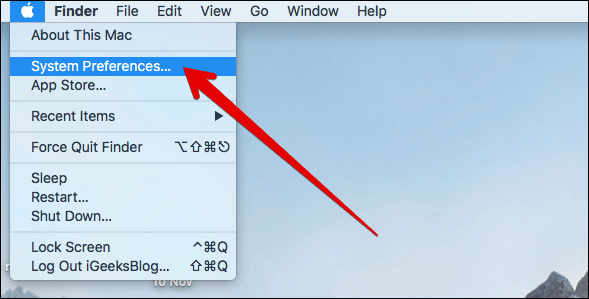 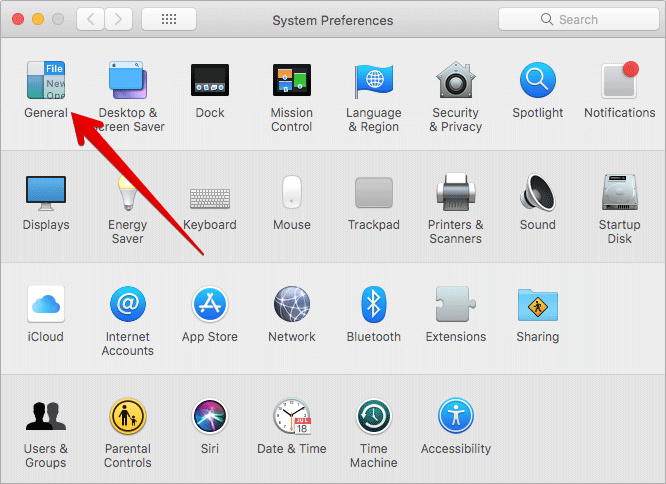 Step #3. Now, uncheck the box for “Allow Handoff between this Mac and your iCloud devices.” 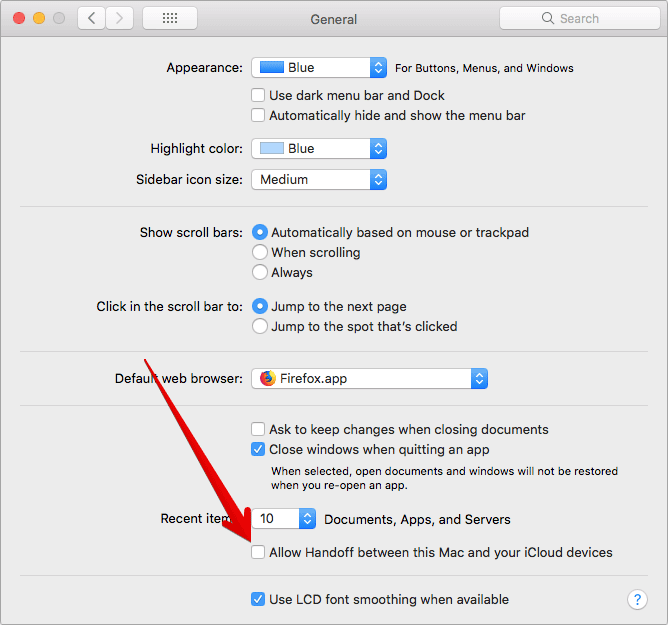 Step #4. Now, restart your Mac. Then, check the box for Handoff again.

On your iOS Devices: 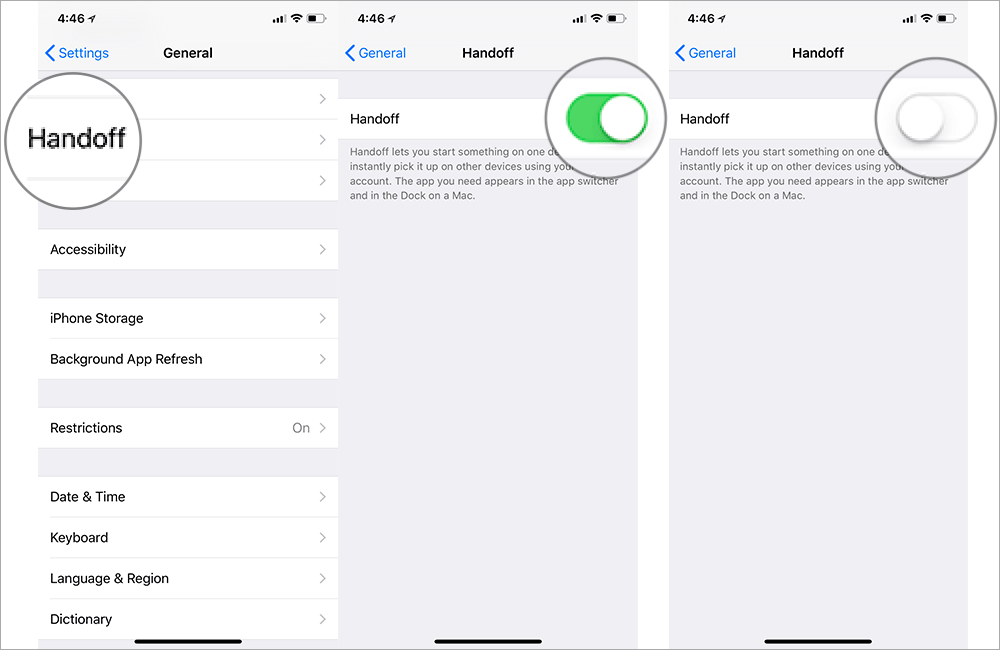 Launch Apple Watch app on your iPhone → Tap on General and disable Handoff. Then, restart your smartwatch. Next, turn on Handoff. 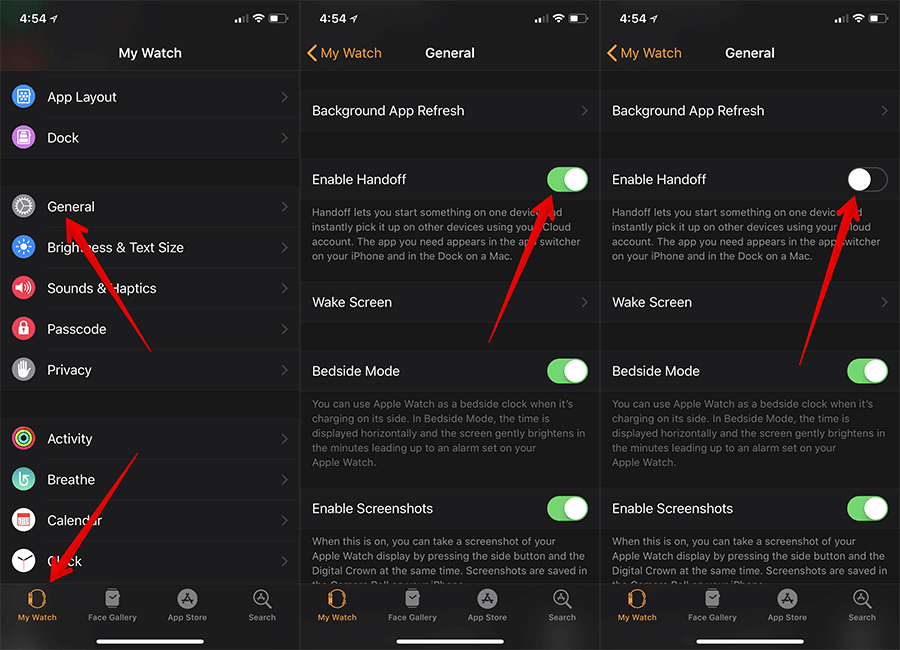 Turn Off/On Wi-Fi and Bluetooth on Your Mac

If you are unable to transfer your activity to Mac, refresh the radios and restart the computer.

On your Mac, click on the Wi-Fi icon and select Turn off Wi-Fi. Similarly, click on the Bluetooth icon and turn it off. Next, restart your Mac. Then turn on the radios.

Check out if the problem is fixed. If it has started working, great! If it’s not done, move on to the next tip.

Can’t Handoff your activities on iOS devices, refresh the radios.

Open the Settings app and tap on Wi-Fi. Then turn it off.

Next, tap on Bluetooth and turn it off.

Now, restart your iOS devices and then turn on the radios.

Reset Network on Your iOS Devices

If none of the tricks have worked in fixing the problem, it’s time to take a radical decision. Reset the network. It will remove website login details and Wi-Fi passwords. So, get prepared to re-enter them.

Step #1. Open the Settings app on your device → Tap on General. 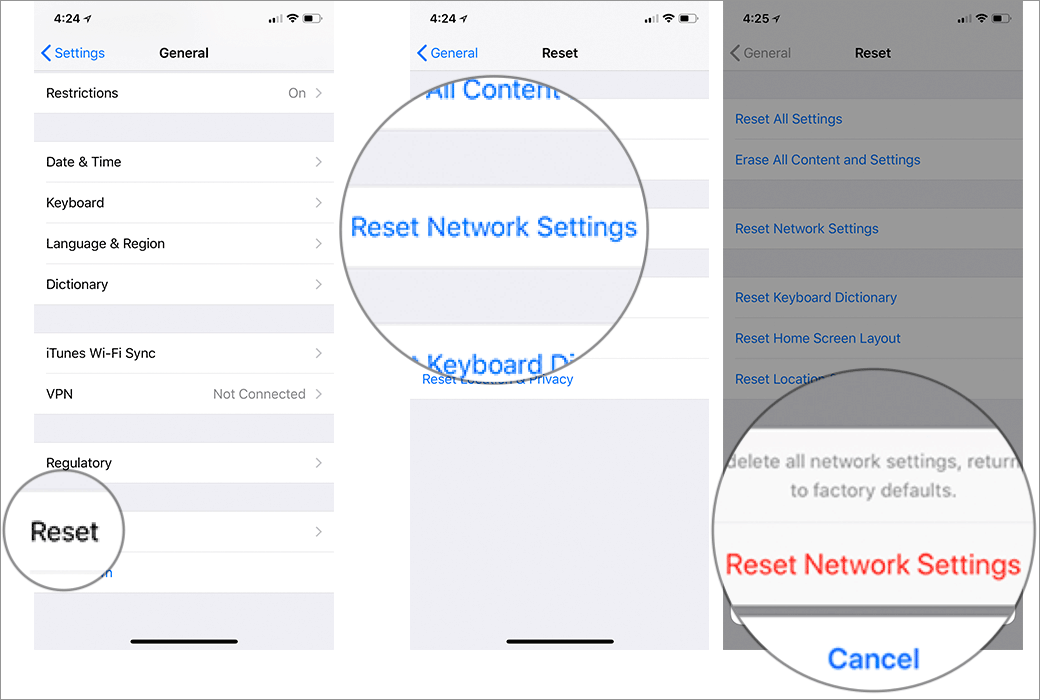 Next up, reconnect to the Wi-Fi network.

Unpair Your Apple Watch with iPhone and Re-pair them

Unable to handoff between your iPhone and Apple Watch, unpair these two devices and pair them again.

Don’t worry about losing any of your data on your smartwatch as it’s automatically backed up at the time of unpairing. And you will be able back it up while re-pairing the Watch.

Update OS of Your Devices

Haven’t been able to troubleshoot the problem as yet? It’s time to update them. Software Update is known to fix miscellaneous issues. I hope it’s able to get the job done for you.

To update your Apple Watch:

Step #1. Put your Apple Watch on its charger until the update is completed. On your iPhone, open the Apple Watch app and tap on My Watch tab.

Download the update. When prompted for your iPhone passcode or Apple Watch passcode, enter it. 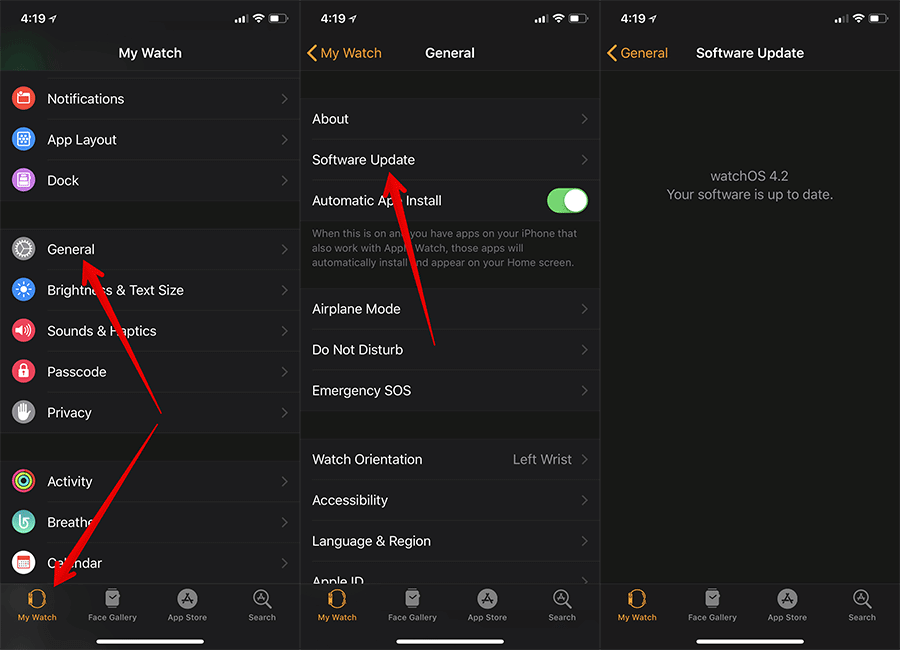 To Update Your iOS Device:

Ensure your iPhone or iPad is at least 50% charged and connected to Wi-Fi.

Step #1. Open the Settings app on the device.

Step #3. Next, tap on Software Update. Then, download and install the update.

Step #3. Next, click on the Update button next to the latest software update.

Try using Handoff again on your devices. It should work now.

In most cases, this issue is resolved by refreshing the radios. I hope you have been able to overcome the problem with ease. So, which one of the above tricks fixed the problem? Let us know your feedback in the comments below.

Catch up with these posts as well: