Creating PDF files on your computer has become an easy task but the same remains kind of tough for the iPhone or iPad. It’s not because it’s technical but mostly due to lack of decent apps. One app, however, catches our attention here. PowerPDF Pro. We just recently tried it and I think it wins as one of the best PDF creators for iPhone/iPad. The best thing about PowerPDF Pro is that it lets you create PDF files from a wide range of filetypes including images, docs and even photos that you capture on your iPhone/iPad.

Although I’ve not used Adobe’s CreatePDF, I see from the list of features (and other reviews) that there are things that PowerPDF Pro does in addition to what CreatePDF does. For instance, Adobe’s app does not convert images or photos you took into PDF files. PowerPDF Pro does. 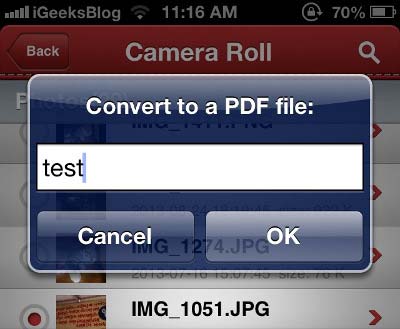 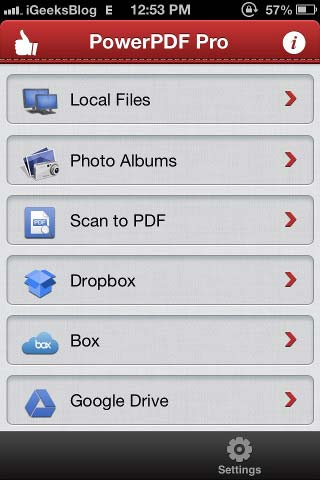 There are a very few PDF converters and mergers but there’s something lacking in them all.

However, if you’re looking to find out how to convert documents to PDF files, PowerPDF Pro is obviously the simplest, best and the easiest way to get it done. 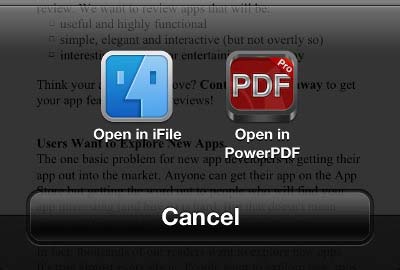 Here’s some of the things you can create PDFs from:

I find that the easiest way to use PowerPDF Pro is through other apps. For instance, if you’ve got Pages or other Office-related apps, you might find that you can “Open in..” the file in PowerPDF Pro. From here, converting to PDF is as easy as tapping a button (on the top-right).

PowerPDF Pro does come with options to move files, rename them, and do a few things with PDF files like merge, split , lock, delete etc.