When Call of Duty was originally released in 2003, it was available only on gaming platforms and was based on the Quake III Arena Engine. It caught the fancy of youth instantly when they felt like soldiers who were fighting against terrorists. In 2005, the second edition of Call of Duty 2 was released for Xbox, and for the first time for mobile phones. Once it was available on mobile phones, the popularity of the game skyrocketed. In 2007 the Call of Duty 4: Modern Warfare was released with top of the line graphics. Since then, many upgrades and new editions were released and the fan base has been growing with every passing year.

Call of Duty Mobile just recently hit the App Store and Play Store for everyone to download for free. Upon release, the game exploded in popularity. Call of Duty Mobile offers a new take on the ever-popular Battle Royale formula, and also introduces a multitude of game modes that freshen up the scene.

Call of Duty (COD) Mobile includes a lot of modes, weapons, and features from its mainline counterparts. Have you tried out this game yet? If so, you might want to get better and improve your skills at the game. Well, here are some of the best tips and tricks to get better at Call of Duty Mobile.

#1. Reload Only When You Need to

A habit that everyone starting out frequently has is reloading constantly, even when you are in the middle of a fight. “Switching to your pistol is faster than reloading”, is a phrase popularized by the COD series, and it definitely helps here. Switching to a secondary weapon can often end up saving your life.

Reloading immediately after getting a kill is also a big no-no, as the reloading process leaves you extremely vulnerable, and it may eventually end up with you dying. Try to be efficient and use as little ammo as possible, and reload in a safe location. 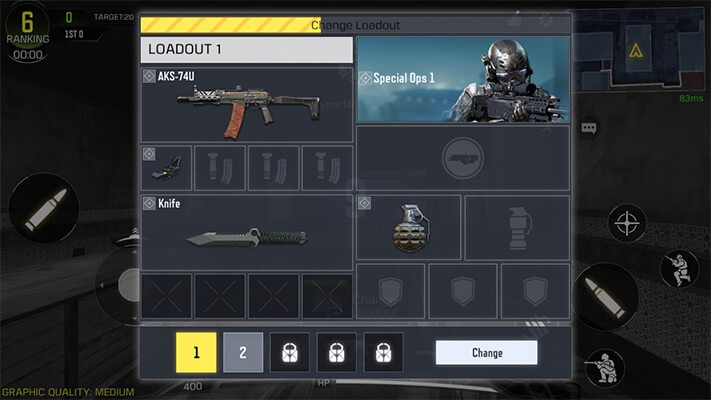 The most important thing that will often be a deciding factor in the outcome of a match is your loadout. Set up multiple loadouts, as you might want to change your weapon mid-match, and look into the pros and cons of each of the attachments available for your gun.

A proper loadout increases your chances of winning a match and gives you an advantage over your peers. Certain weapons can also increase or decrease your speed, as per the weight of the gun. So choosing the perfect loadout requires time and patience. 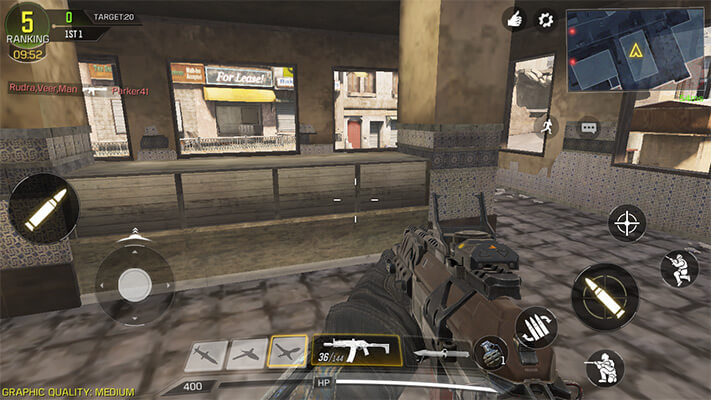 Try to keep yourself moving as much as possible, as it is much harder to hit a moving target than a stationary one. Sliding across the floor gives you a short speed boost and makes you a smaller target, at the expense of slow movement for a few seconds after getting up. The only time you should slow down is when you are taking aim at someone. The knives have the fastest running speed in the game, and so, equip it if you are trying to get somewhere quicker. It is also a one-hit kill in many situations.

Is the control layout not suiting your large hands? Create your own control scheme layout to combat this, and place buttons in strategic locations where they are easy to reach during a firefight. Creating a custom layout can benefit you a lot. It can make you a lot more efficient and improve your skill level quicker.

#5. Practice with the AI Bots

A good way to get better at the game is to use the Practice v AI mode. Test out different loadouts and control scheme layouts here, as well as your reflexes. Be warned, however, the bots are much easier to take care of than actual players, so practicing with a real match is also highly recommended. As of right now, you cannot change the difficulty of the bots in any way whatsoever.

#6. Use your Scorestreak and Operator Abilities Strategically

When you get a ton of kills in a row, you are awarded Scorestreak abilities. These can range from calling in an airdrop to firing a satellite missile. Instead of using it the moment you get it, use it at an opportune moment to maximize its potential. As well as this, use your Operator ability when needed the most to maximize the number of kills you can get.

#7. Drop into a Remote Location

In the Battle Royale mode, jump and drop down into a location far away from the action. Gather as much loot as you can, and then jump into the fray. Jumping straight into one of the hot zones on the map might end up with you dying because you were not fast enough to grab a weapon first. Dropping in a remote area can increase your chances of survival. 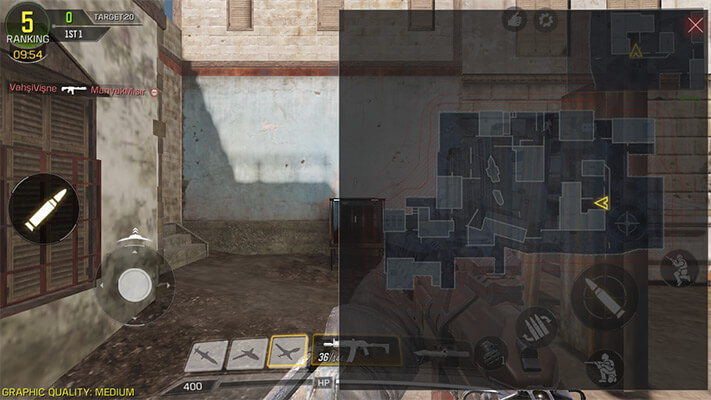 The radar also provides information on the location of airdrops and locations of zombie hordes. Use your radar to make sure you do not walk into a zombie-infested area on accident.

COD Mobile can be a tough game to get into, and it can be quite frustrating when you keep losing over and over. By providing these tips, however, we hope that it becomes easier to play and enjoy this amazing game. So, don’t forget these tips, get out there and win some matches. For the first time, you can enjoy Call of Duty on your iOS device, I personally prefer playing the game on iPad.

Do you want to share any more tricks for Call of Duty? Leave your reply in the Comments section.