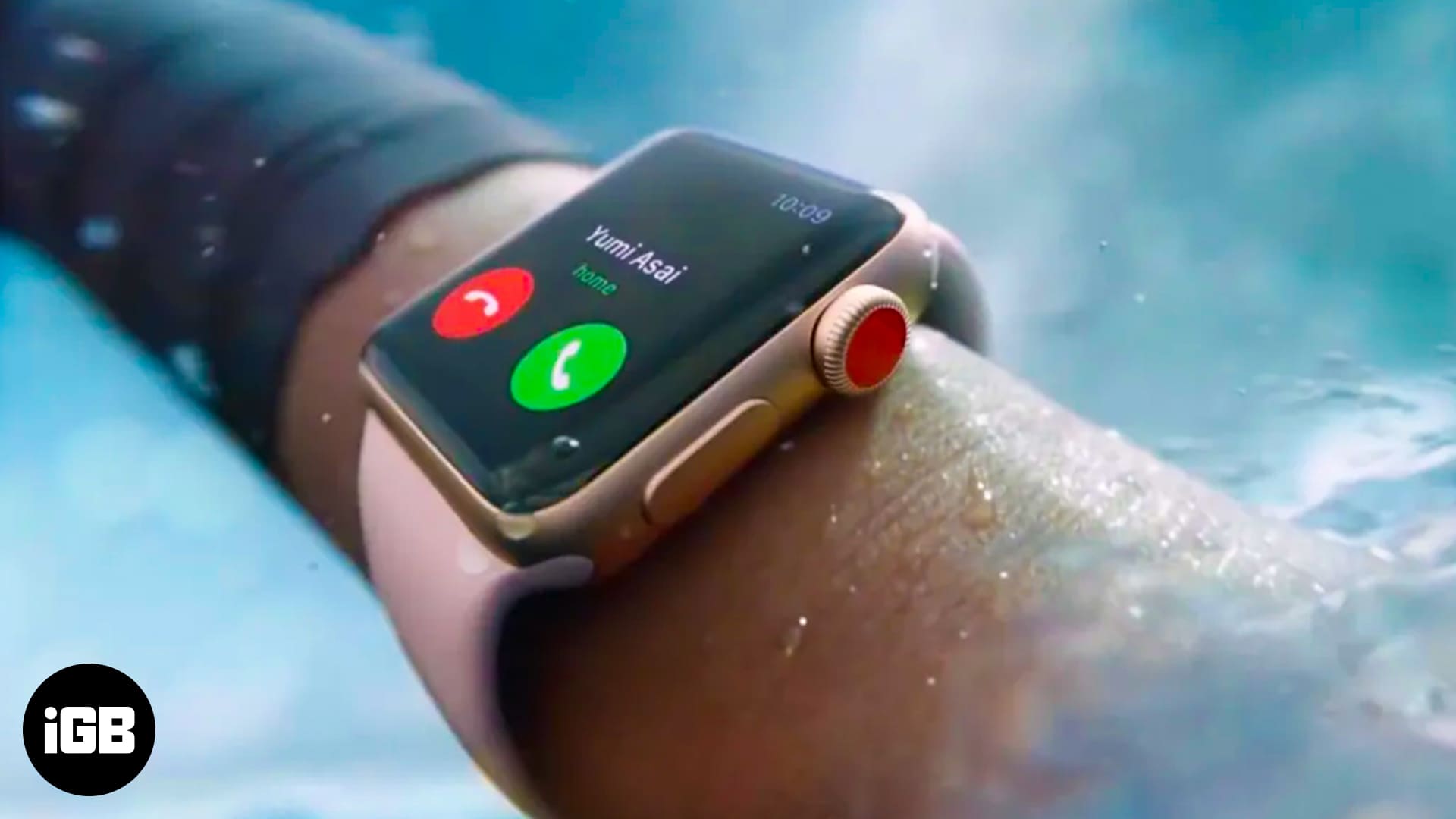 Apple has unveiled Apple Watch Series at its much-awaited media event at the Steve Jobs Theater in Cupertino, California. Boasting of a slew of new features, the smartwatch has become more powerful than ever before. Among a number of top Apple Watch features what has stood out for me is the ability to be less dependent on iPhone; thanks largely to the LTE support.

As for design, the new Watch looks quite similar to the predecessor. Besides, it is equipped to provide up to 18 hours of battery life. Jump over to find out more!

Design: The new Watch looks very much like the Apple Watch Series 2. Series 3 is the same size as Series 2. It sports red Digital Crown.

The only noticeable difference is the back crystal which extends an extra .25mm.

Cellular: As expected, cellular comes on Apple Watch. Hence, your smartwatch is no longer dependent on the paired iPhone to carry out things like sending the message.

With cellular on board, you will enjoy listening to music on your Watch more than ever before. Apple Watch Series 3 and Apple Music can let you access the huge library of 40 million songs.

Dual-core processor: The Watch comes with a new dual-core processor, which has made it more efficient. The new watch is claimed to run 70% faster than its predecessor. So, expect your Watch to run a lot faster and more smoothly.

Smarter Siri: Siri has become a lot faster on the Watch. The virtual assistant now talks back to you through the Watch.

85% Faster Wi-Fi: Series 3 offers 85% faster Wi-Fi. Hence, you will be able to get through your browsing task a lot faster.

It comes with the new chip called W2 for Bluetooth and Wi-Fi. There is also a new altimeter.

Available in Multiple Cases and Bands: Series 3 is available in a wide variety of cases and bands. It comes in new space gray, a new sport loop band, and new Nike Plus models. The watch also comes in new Hermès editions as well as the gray ceramic model.

Preorder begins on: Pre-order for the Apple Watch Series 3 starts from September 15th. The Watch will be available September 22nd.

Though I have always loved wearing Apple Watch, I had never been so fascinated by it. I think it’s become more functional and can live a life beyond iPhone. What do you think of the new smartwatch?