Can you imagine a phone with no ports!! It sounds like a daunting yet intriguing thought at the same time, isn’t it? However, or shall I say as always, Apple Inc. has endeavored to surprise/shock us. According to the rumor mill, the 2021 iPhone will not have a port.

That’s right! With the headphone jack gone in 2016 and the lightning port probably bidding farewell in 2021, we are entering the world of portless devices. Like you, I also have many questions. First and foremost: are we ready for a portless iPhone in 2021? Let’s explore the possibilities together.

Portless iPhone: A Rumor Or A Definite Possibility?

When it comes to Apple, nothing can be a far-fetched idea. The Cupertino giant is notorious for such path-breaking bold steps, whether it is removing the floppy disk from iMac in 1988 or adding the notch in iPhone X.

Vivo’s Apex 2019 concept smartphone sported a portless design, so what makes an iPhone going portless so monumental? Well, because Apple is a trendsetter and other manufacturers tend to follow the leader sooner or later.

For instance, even after taking multiple potshots, Samsung followed with models that featured notch or skipped over the headphone jack. To toot our own horn, we sort of predicted a portless iPhone a while ago.

What Does a Portless iPhone Mean – Full-on Wirelessness!! 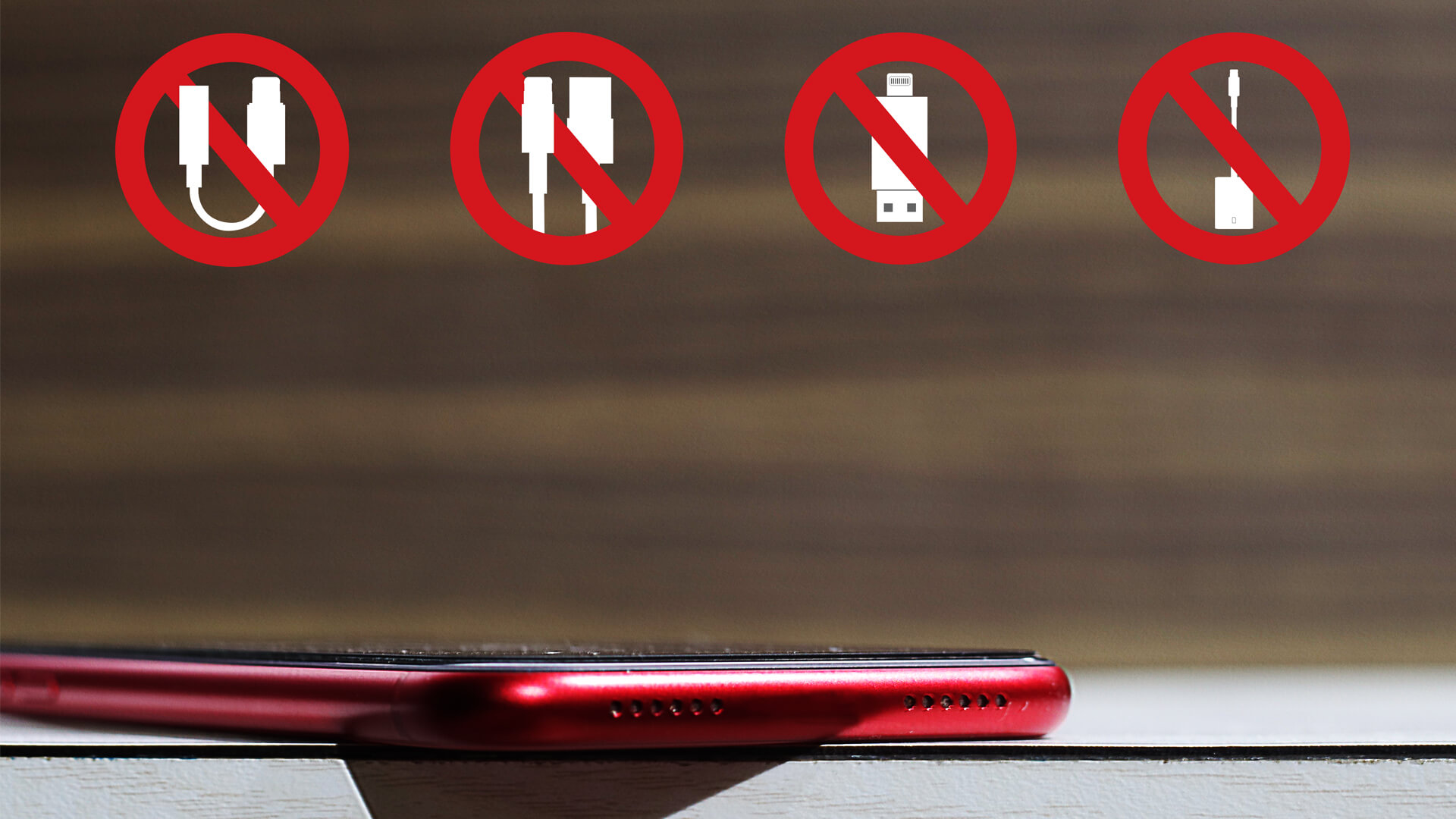 No lightning port will mean – no charger, no lightning headphones, no Pendrive, no docking!! But then:

Depending just on wireless solutions can be a scary scenario. What about the recovery or DFU mode? What about all my lightning accessories? What is Apple Thinking? Let’s put ourselves into the tech giant shoes and try to understand their perspective.

Our history would testify that one can only excel by embracing new technologies. Smartphone manufacturers like Nokia and Blackberry are taking the brunt of not making the most of emerging technologies.

Let’s put it this way: what’s innovation without some risks. In a world where automated homes, smart switches, and even tech-friendly notebooks are all the rage, wirelessness seems to be a risk worth taking.

Moreover, a port free iPhone will have several other impressive features. It can sport a slimmer, sleeker, and smooth profile. The portless 2021 iPhone will also have an improved waterproof and dustproof certification.

Most importantly, the removal of the port will allow Apple more space for other advanced technologies. From notchless display to time-of-flight sensors, who knows what the future might entail.

Will The Consumers Enjoy Portless iPhone? 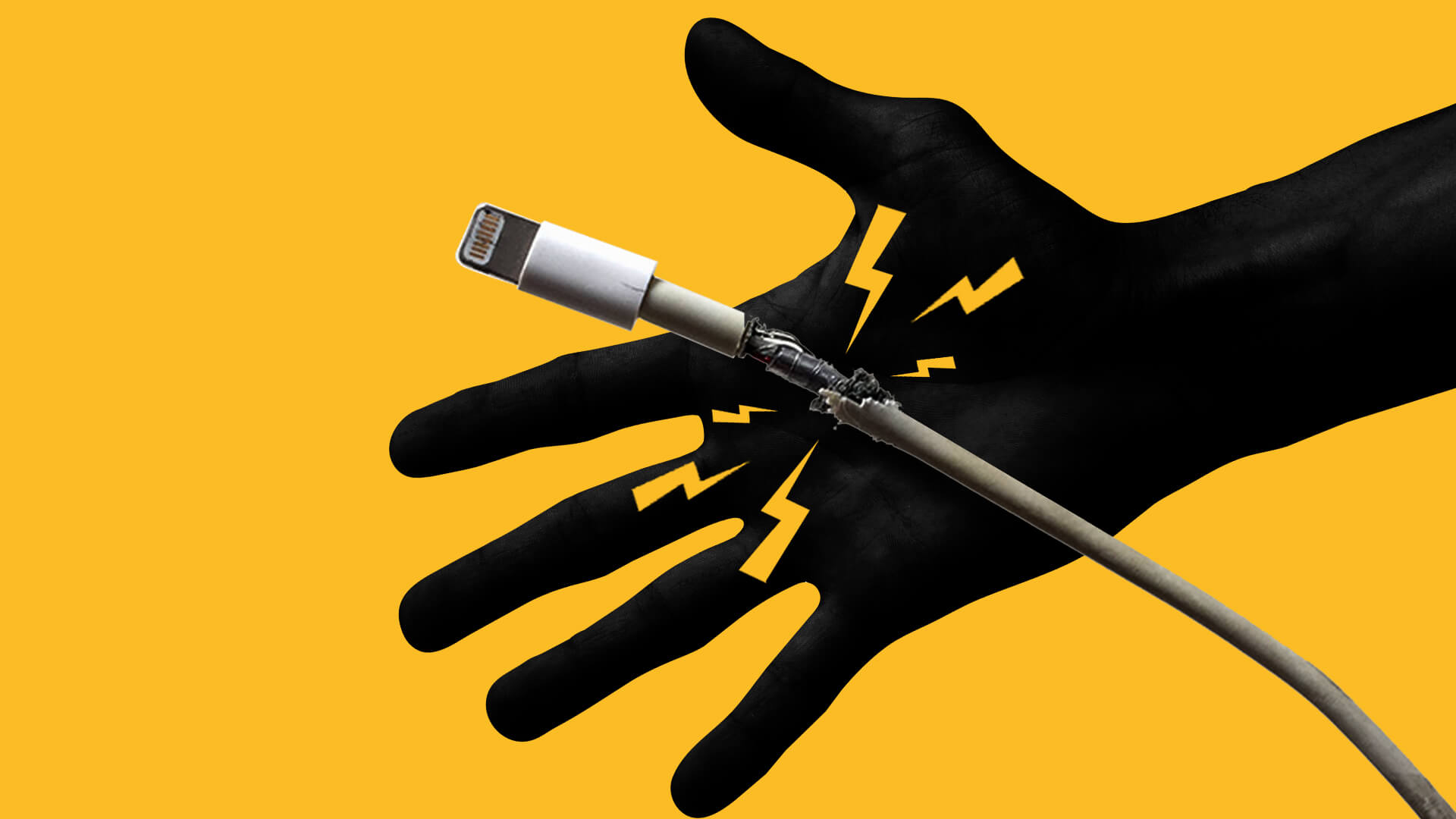 Of course, yes!! Why won’t we love a reformed iPhone that is smarter and packed with features to smooth our lives? Wireless charging is undoubtedly more convenient than a wired one.

No need to fight with wires or worry about their clutter on your desk/bedside/bag. Since there is no port, we don’t have to be conscious of its wear and tear.

One size fits all

Every wireless charging pad offers support to multiple devices. So you don’t have to carry numerous cables with you.

Many believe that a wireless charger overcharge and overheats the battery. This slowly kills its efficiency. However, experts broke the myth, stating that a Qi-certified charger does no such thing.

So, if that part is sorted, portlessness might not be an issue for consumers, though there is still a question lingering.

Is Going Wireless in 2021, Really Feasible? 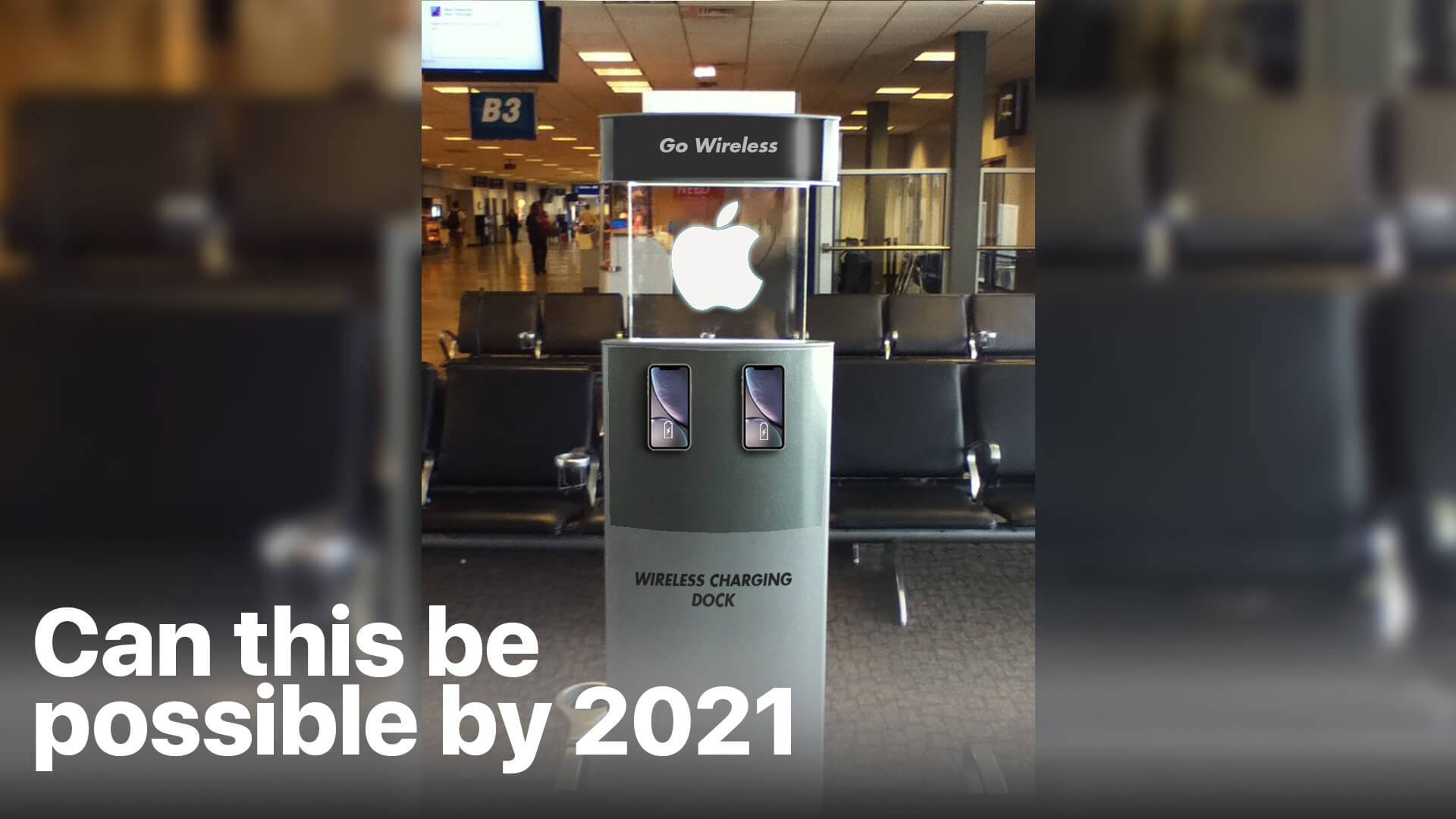 While my heart shouts a big, Yes, my mind is ringing with some warning bells. After all, there are 10’s of things that oppose the idea.

iPhone currently supports up to 7.5W wireless charging speed. Whereas, it can charge faster with USB-C Power Adapter. With the port gone, super-fast charging might be quite tricky.

Although, it should also be noted that Apple ecosystem has one of the best data transfer tactics. From enhancing their AirDrop in 11 series to wireless data transfer between old and new iPhone, Apple has been working towards optimising the technology.

Most users still rely on traditional wired charging methods, and only a handful of public places currently have charging pads. So, in case of battery-related emergencies, finding a wired charger is way simpler than a wireless one. 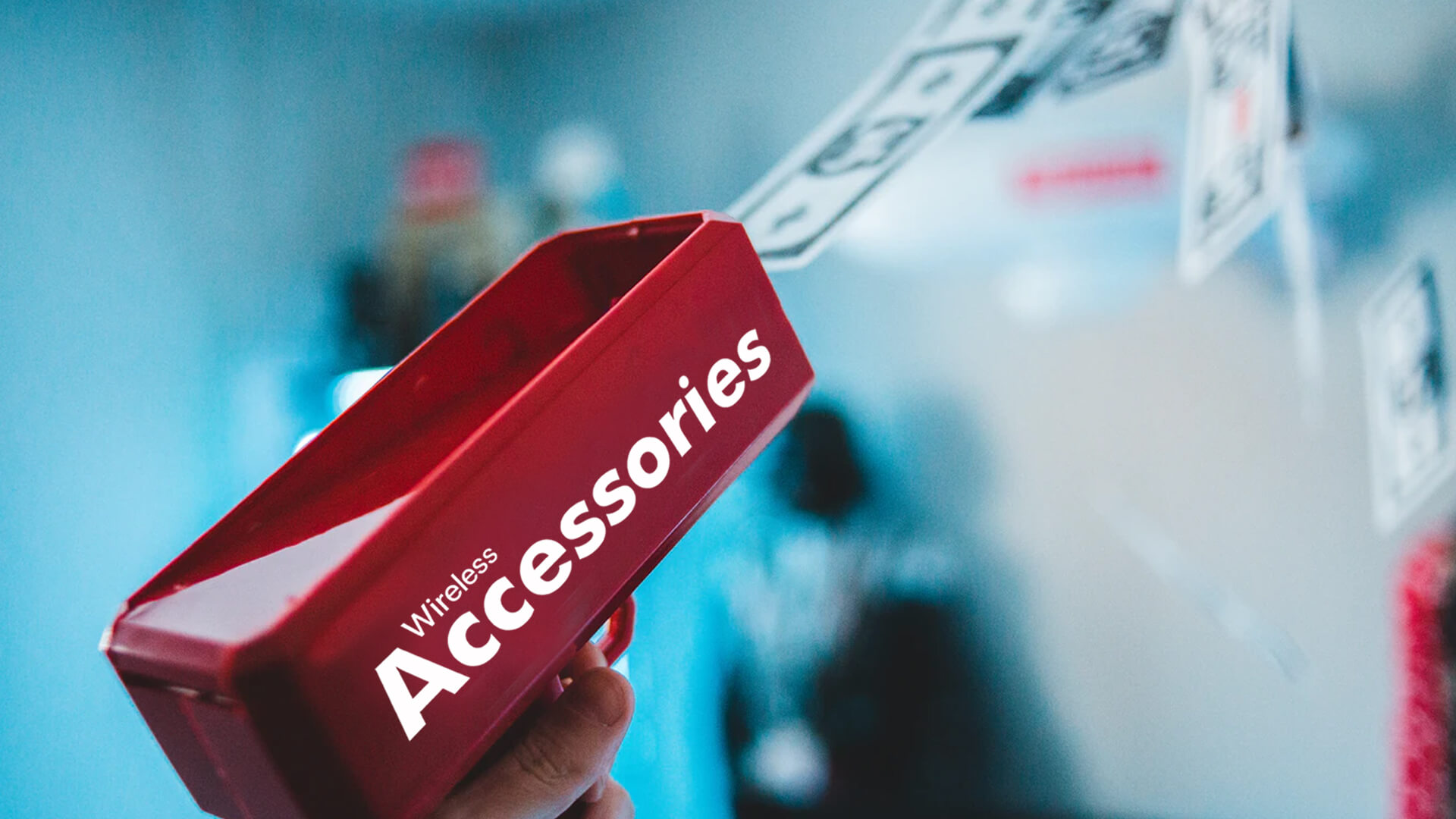 Wireless products are generally more expensive than wired ones, whether chargers or headphones. Moreover, the wired accessories already owned by the user will go useless.

They will either have to buy new accessories or some sort of connector. For instance, music lovers will have to obtain a Bluetooth transmitter for their home or car speakers.

Apart from charging and data transfer, the lightning port is used for several additional features, such as an external microphone or CarPlay.

Even if the users buy connectors to resolve such issues, that additional device will have to be carried everywhere. That added bulk would not be that comfortable for every user.

With the ports gone for ‘good,’ there is no back-up plan. What if the Bluetooth or WiFi connections stop working? What if my phone gets stuck on iOS update, how will I restore it via DFU mode?

Well, there could be a secret port like in the Apple Watch for such an emergency. But then my visit to an Apple Store becomes essential! And that wouldn’t be that comfortable.

Up till now, accessory manufacturers have chosen to add or ignore wireless compatibility in their products. If iPhone 2021 is wireless, they will have no choice.

While a challenge is great for everyone, they might have to compromise on other features. For instance, when a rugged case is pushed to be thin enough to support Qi/NFC technology, would it be robust enough then?

Don’t get us wrong; we would love to have a seamlessly efficient wireless world. However, is it that time yet? I also agree that September 2021 is more than a year away, but it’s highly unlikely that a fast and all-inclusive wireless support could happen in that time-span.

In simple terms, Apple and accessory manufacturers will have to pull their socks up till the knee at least if they want a successful, seamless 2021 portless iPhone. 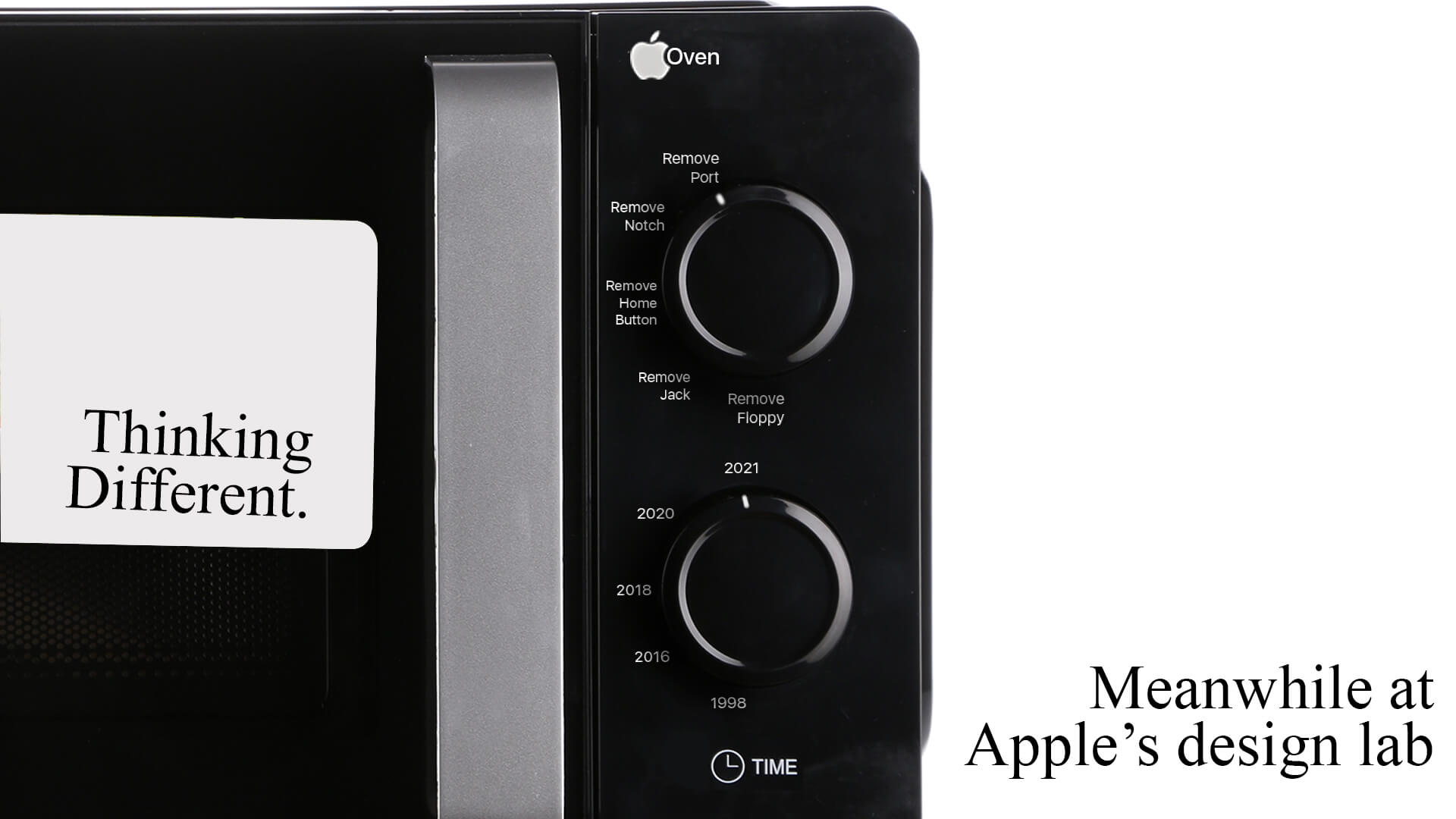 We, humans, tend to slack, whether due to ignorance or the fear of stepping out of our comfort zone. The only way we can realize our full potential is through such strict and rigorous steps.

Look at the adoption of Bluetooth earpieces after Apple removed the headphone jack. As for the long list of hiccups, they ought to arise whenever someone takes a monumental step.

We, the team of iGeeksblogs, wholeheartedly applaud and support your audacity Apple. Go! Get that dream of a Wireless world accomplished!!

Do you think Apple should go completely portless in the future? Leave your responses in the comments section.